Bristol Bears were mauled into submission by Gloucester, suffering a worrying sixth defeat from nine as their West Country rivals moved into the top four.

Two tries from driving lineouts, one when Mark Atkinson fed Chris Harris with a chip through and the fourth as Charlie Chapman sprinted clear, was enough for Gloucester at Kingsholm. 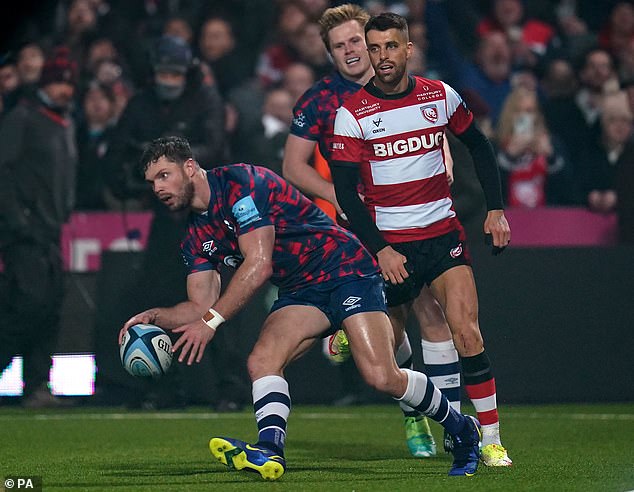 Man of the match, Gloucester’s Ruan Ackermann said: ‘That was really special. Every match and every week we’re getting closer.

‘I know how much this means to the fans, it was extra motivation for us.’

A pair of penalties – for Callum Sheedy and Adam Hastings – was all both could manage for 38 minutes, until Gloucester hooker Jack Singleton bundled over from a maul just before half-time. 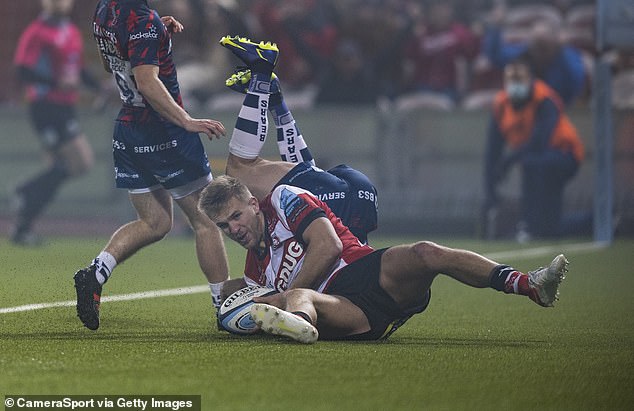 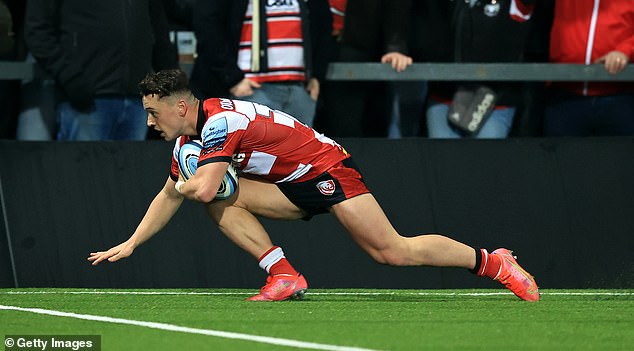 Bristol thought they had held it up but it was awarded. Hastings shanked his conversion attempt, though.

Fijian superstar Semi Radradra added much to the Bears’ attack when coming on at half-time and within four minutes they scored, Sheedy cross-kicking for Purdy with the bounce on the plastic pitch bamboozling the floundering Louis Rees-Zammit.

But Atkinson grubbered through for Lion Harris, Hastings converted the try and Gloucester regained a lead which they extended with a penalty try from another rapid rolling maul.

Bristol flanker Dan Thomas was sin-binned for pulling it down illegally, and despite having much of the late possession Gloucester clawed them in with Chapman racing in in the last minute for their bonus-point score as Bears’ grizzly start continued.