In the aftermath of Warren Gatland’s 2021 British and Irish Lions squad announcement, we look at the winners and losers from the backs.

With Munster and Ireland’s Conor Murray the only truly expected name at scrum-half before the squad was announced – the Test Lion at scrum-half four years ago returning to form of late – who would join him was up in the air.

Wales’ Davies, who started behind Tomos Williams in Round 1 of the 2021 Six Nations and behind Scarlets teammate Kieran Hardy for Wales against England in Round 3, is a big winner having slipped in ahead of those two. 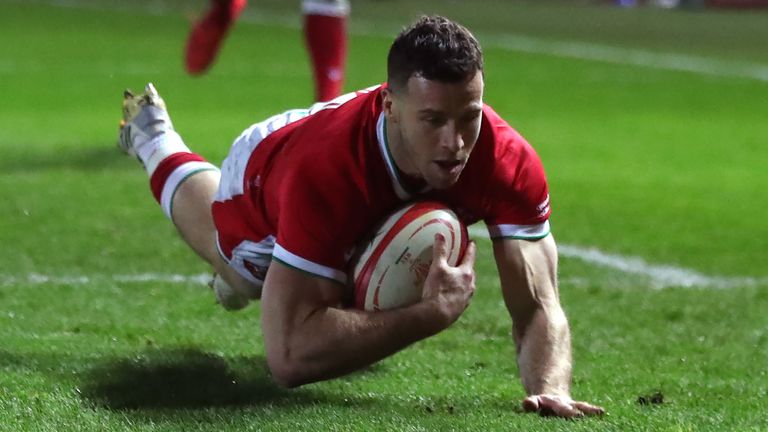 The major winner at scrum-half is Scotland’s Price, however. There are very few people who saw the Glasgow Warrior travelling with the Lions this summer.

As mentioned above, the two major losers at nine from Thursday’s squad reveal are Welsh pair Williams and Hardy.

Not long ago, Williams was being spoken about as the likely Test scrum-half for the Lions, such was his form and quality. A hamstring injury vs Ireland in the opening weekend of the Six Nations was a critical twist, though, and he will be extremely disheartened to have lost out to Davies and Price. Hardy was far more of an outside bet, having only picked up four Test caps before now. But, having started ahead of Davies vs England in March and performed so well in that game, a hamstring injury for him opened the door for Davies to come back in.

A third loser out of the squad announcement was Harlequins and England’s Care. He has not played for England since November 2018, and the 34-year-old had never been a Lion before – missing out on squad recognition in 2009, 2013 and 2017 – but he, and many others due to his form this season, will argue he could bring more on the pitch than Price.

In terms of the No 10 position for the Lions this summer, it seemed a case of four into three.

Four years ago, the same scenario saw Russell miss out to Owen Farrell, Biggar and Sexton. In 2021, the Scot has made it, however, with his wonderful talents seemingly superseding his loose, off-script and at-times costly attacking style in the minds of the coaches. 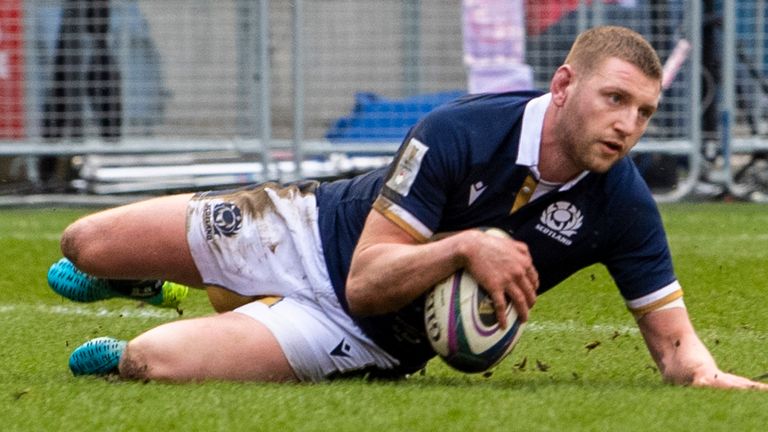 During the 2021 Six Nations, Biggar came under huge pressure to keep his Wales place, with Bristol’s Callum Sheedy breathing down his neck and replacing the Northampton man early in the second half against Scotland, England and Italy.

Not only that, Sheedy emerged onto the pitch vs Scotland and vs England, with Wales behind in the former and having been pegged back in the latter, before having a major impact. Biggar performed well vs France in defeat, though, and his displays in the Premiership convinced most he should be in. 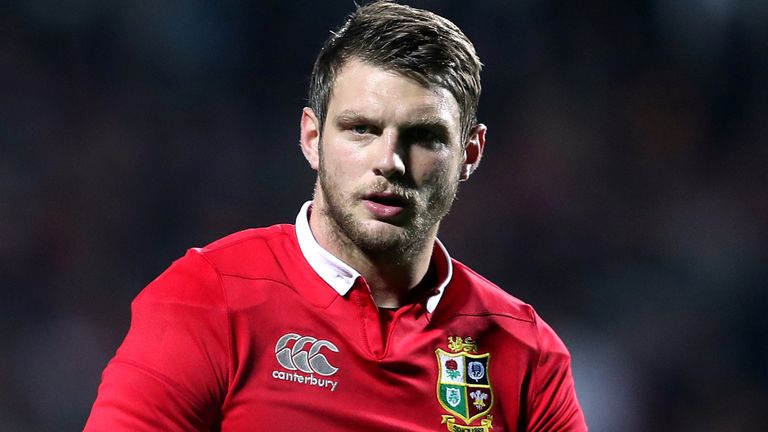 If Kyle Sinckler was the major loser in the forwards, then Sexton was in the backs.

The Ireland skipper was instrumental as Andy Farrell’s side beat Scotland and England in the Six Nations, while the 35-year-old holds six Lions Test caps from the last two tours. 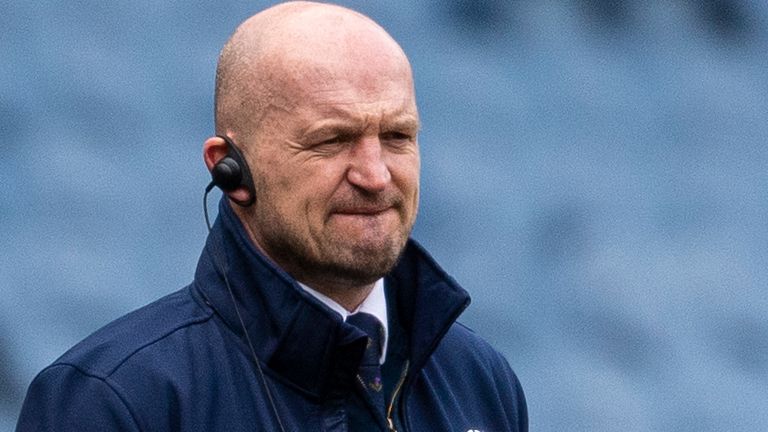 Sexton has recently been out with concussion, but his omission was still no less surprising. In March, it was argued he had shown up Russell in Edinburgh and Farrell in Dublin. Less than two months later, he was the forgotten man in most prospective squads and then left out of the real one.

The other major loser is England’s Ford. Ahead of and after the 2017 Lions tour and before the 2021 one, Ford has been a key leader and consistent starter as England made a Rugby World Cup final in 2019, won Six Nations titles in 2017 and 2020 and a Grand Slam in 2016. Yet, his name is, peculiarly, never strongly linked with Lions representation.

If there is one area in which there were perhaps the most selection surprises, it was at centre, with Ireland’s Robbie Henshaw the only player heavily touted who actually made it in.

Ireland’s Aki found himself behind Garry Ringrose and Henshaw for Ireland to such an extent in 2021 that he featured in just one Test, vs England – a game in which he was red-carded. In truth, the Connacht centre himself probably didn’t expect to be read out, but Manu Tuilagi’s Achilles injury layoff seems to have paved the way for a hard-hitting midfielder. Scotland’s Harris had been mentioned as a potential bolter, particularly on the back of his strong defensive credentials, but with Aki in and more high-profile other centres expected, his inclusion seemed unlikely.

Yet, the 30-year-old was selected and the presence of Scotland defence coach Steve Tandy and head coach Gregor Townsend on the Lions staff was potentially essential to Harris’ pick. 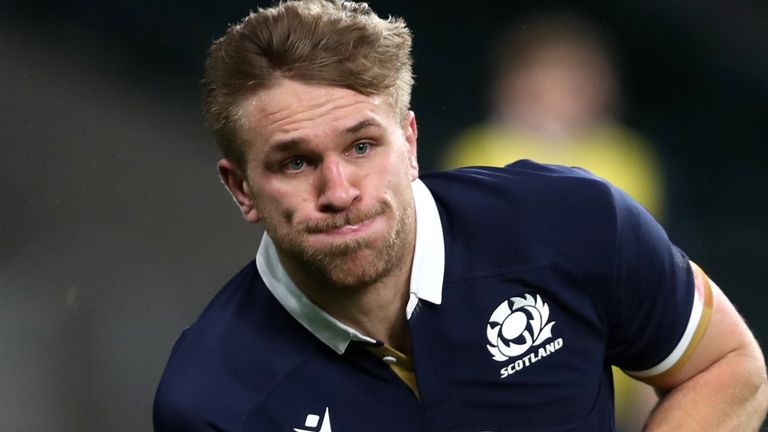 Finally, England’s Daly. Has a player ever performed so poorly in a calendar year but still made a Lions squad? The 28-year-old, who was brilliant as a Test Lion in 2017, was exceptionally lucky to make the panel this time around, and has done so based on past performances alone it seems. That, and his utility ability as someone who can play centre, wing and full-back.

Amidst the host of centres who hoped and or thought they might be in, perhaps no one would have been more confident than Wales’ Davies.

He may be 33 now and struggling with injuries, but Davies started all three Lions Tests on both the victorious 2013 tour to Australia and dramatic 2017 drawn series vs the All Blacks – the latter with the Welshman as player of the series. As one of Gatland’s most trusted performers over many years, the feeling was the head coach would find a space for him. It was not to be, though. In a direct battle for the 13 jersey, Exeter and England’s Slade would fancy his chances vs Harris, particularly with the attacking and playmaking ability the left-footer could bring, but the European Cup winner has fallen short. Ireland’s Ringrose would back himself too, and like Slade, would offer more of an attacking threat than Harris.

Ringrose’s form has not been good for large parts of 2021, however, while England’s Tuilagi just simply hasn’t played at all since Covid-19 hit, after rupturing his Achilles playing for Sale. Still just 29, the hugely impactful midfielder is not due to play again until this month, and so missed out as a result. Wales youngster Rees-Zammit had never experienced Test rugby until late 2020, but the 20-year-old’s showings through the 2021 Six Nations – where he demonstrated incredible pace and impeccable finishing – meant he could not be ignored, after what is a breakneck rise. Like Rees-Zammit, Scotland’s South Africa-born Van der Merwe only made his Six Nations debut this year, and his Test debut last autumn, but his immense physicality and record of eight tries in 10 Tests – including five in five during the Six Nations – has seen him make the plane.

Outstanding going forward, locking out the defensive side of the game will be key if the imposing 25-year-old wing is to succeed at the highest level. And lastly, Wales’ Adams. As recently as 2016, the wing was playing for Cinderford in the third tier of English club rugby, and a year later was on loan from Worcester to Nottingham in the Championship. Within 15 months, he exploded onto the Test arena.

The top try-scorer at the 2019 World Cup with seven efforts, Adams was suspended for the first two rounds of the 2021 Six Nations due to a Covid-related camp breach – something which looked like destroying any Lions hopes.

He returned to score tries against Italy, England and France in the remainder of the championship though, and force his way in as one of 10 Welshman. 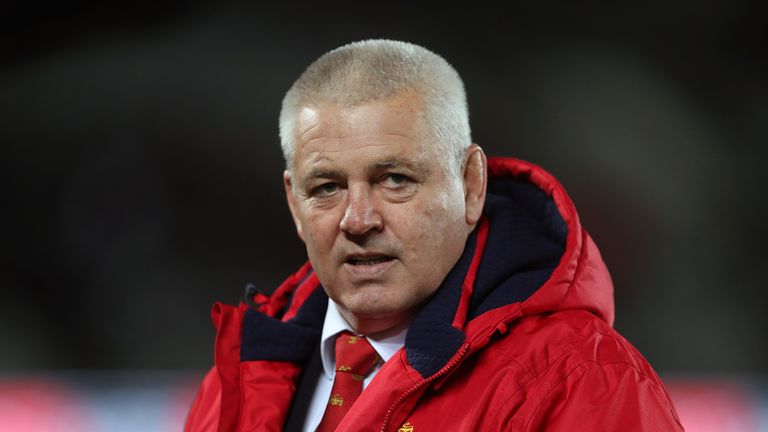 Having missed out in 2017, England’s May must now feel cursed in terms of Lions squads.

Since the 2017 series in New Zealand, May has improved and developed into one of the premier wings in world rugby. He has scored 25 tries in the time, climbing to second on the list of all-time England try-scorers. In each year after 2017 and before 2021, May seemed a Lions certainty, but the 31-year-old has lost out at the last to Adams and after the emergence of Rees-Zammit and Van der Merwe.

Finally, Ireland’s Earls. A bolter he may have been, in the sense that he missed out in 2017 and was unfancied in the years since. But his performances for Ireland in 2021 were fantastic, as Earls was a central figure in wins over Scotland and England. The 2009 Lion could not convince enough to make a trip back to South Africa, though.