The wingman was subbed out of the preliminary final against Brisbane on Friday night after hurting his hamstring, but the club remain hopeful he can play after receiving encouraging news from scans. 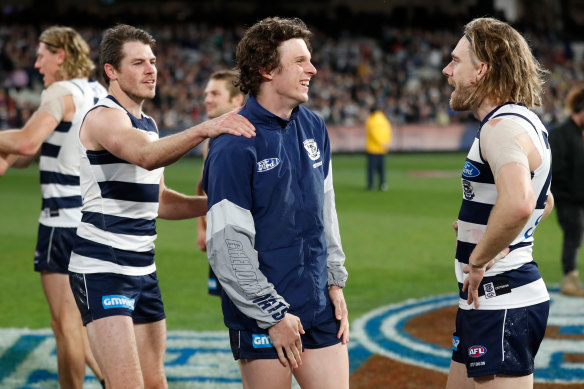 Max Holmes is desperate to prove his fitness for the grand final.Credit:AFL Photos

Holmes also did agility work and run-throughs as he attempts to prove his fitness ahead of the grand final with the main training session to be held on Friday.

“Max Holmes is our only injury concern,” coach Chris Scott said. However, Scott was heartened at the sight of him running.