Worcester Warriors are facing oblivion on Monday… but players, staff and fans are staying united to the last: Sportsmail’s ALEX BYWATER joins crisis club on a boozy, bittersweet wake, with Steve Diamond and Nick Easter pouring the pints

As he stood in a corner of the Alma pub in Worcester on Saturday evening and contemplated his future and that of his team, Steve Diamond was approached by one loyal Warriors supporter.

‘Thank you for everything you have done for us,’ said the fan, plonking a tray of Jägerbombs on the table. The drinks didn’t last long and they kept on coming.

Was this a celebration? Or more of a wake? No-one was really quite sure, but it certainly felt like the end of an era and a marked line in the sand for a proud English club. 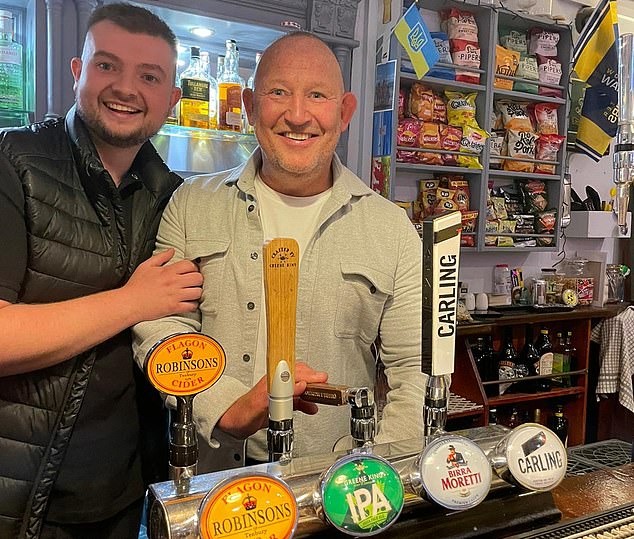 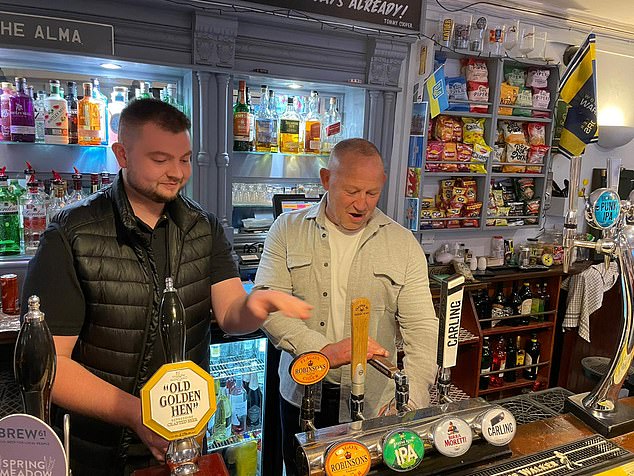 What happens on Monday?

Warriors must meet an RFU deadline of 5pm to prove they have the funds to cover insurance and player and staff salaries. Barring an 11th hour miracle, they will be suspended from the Premiership. If the club can finalise a takeover, they can be reinstated.

How did we get here?

Sportsmail revealed there were financial problems in June when the players were not paid their May salaries on time. In August, they were issued with a winding-up petition over an unpaid tax bill and since then, they have been struggling on with owners Jason Whittingham and Colin Goldring.

Is a takeover imminent?

Director of rugby Steve Diamond is hopeful of a resolution in the coming weeks. Government specialists have been sent to look at the accounts and the club could be put into administration. Former Worcester chief executive Jim O’Toole confirmed yesterday he has funds in place to save the club if administration occurs.

Players have been given the week off and they won’t be able to train at Sixways as insurance cover won’t be in place. The Worcester squad will aim to stay fit but won’t have access to any of the club’s facilities. Worcester’s staff will work today but will down tools from 5pm.

Will players and staff leave?

The players will remain under contract but if they are not paid their September salaries, they will be entitled to deliver a breach-of-contract letter. If they are not paid within 14 days of that, they can leave. On the staff front, many Worcester employees have already accepted other jobs.

At 5pm on Monday, Worcester are almost certain to be suspended from all competitions given they are unlikely to be able to meet an RFU deadline to prove they can continue as a viable business.

The cash-strapped Warriors are on the brink of extinction under the guidance of disgraced owners Colin Goldring and Jason Whittingham. Official administration is on the horizon. A thumping win over Newcastle – a victory fuelled on raw emotion – may well have been their last.

As Worcester’s staff drank what was left of the beer in their Sixways home, Don McLean’s American Pie played over the speaker system. ‘This will be the day that I die,’ McLean sang. As lyrics go, it couldn’t have been more fitting. Saturday may well have been Worcester’s point of no return. Sipping on a lager, director of rugby Diamond could barely believe the lay of the land.

It is difficult to emphasise the emotional toll Worcester’s plight has had on the club’s players and staff which is why Saturday’s post-Newcastle night out was a chance to blow off some steam.

On Monday, Warriors caretaker Lee Morrow will begin searching for a new place to live as he will soon be evicted from his house on the Sixways site. Diamond’s players will be unable to train there either as the required insurance obligations won’t be in place.

Members of Worcester’s staff have already been forced to look at other jobs given their lack of payment and many have already taken up offers.

Some players could soon follow them out the exit door.

‘It’s been mental torture and torment,’ Worcester assistant coach and former England No 8 Nick Easter said of the uncertainty which has surrounded the Warriors since August.

Diamond and Easter poured pints for Worcester fans in the Alma before the staff and Warriors players headed to one of the city’s nightclubs. Sportsmail joined the Worcester family for the evening and as the drinks flowed and gallows humour filled the air, it was evident just how close a bond the Warriors have.

The first team squad, including star players Duhan van der Merwe and Ollie Lawrence, mingled with the backroom staff who have still not been paid their August salaries in full.

Worcester have used the hashtag ‘together’ on social media and that is exactly what they are. 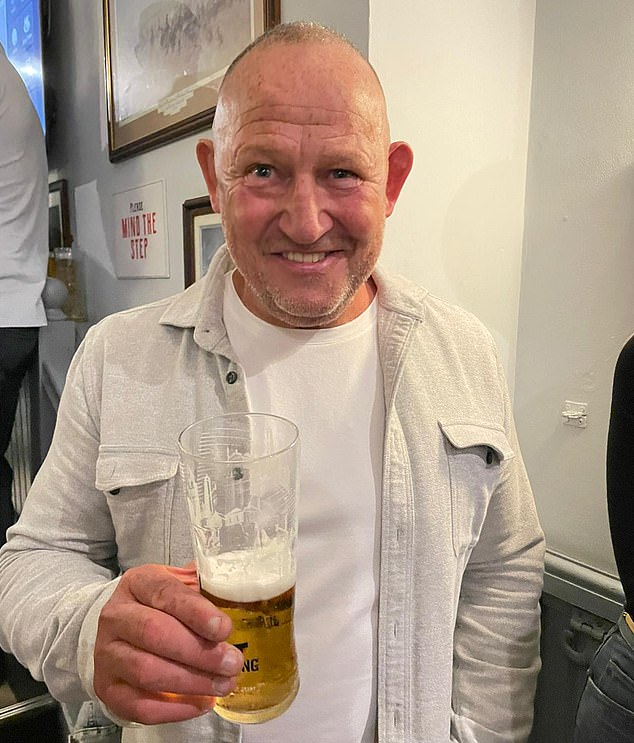 The club’s ethos is led by Diamond who has been its beating heart in extraordinary circumstances.

‘People pay a lot of money to try and manufacture mental resilience artificially, but this has happened organically for us,’ Easter added. ‘What this has done for the whole community and supporters has actually made everyone very, very tight. It will be everlasting.’

Easter also had a strong message for the unpopular Goldring and Whittingham who have long since lost the trust of Worcester’s players, staff and supporters. ‘For people in such a high position, the lack of communication is quite astonishing,’ Easter said matter-of-factly.

That Saturday evening felt like a drowning of sorrows for everyone with a passion for Worcester is entirely down to Goldring and Whittingham’s actions. The Warriors are on the verge of going out of business and the club’s owners have serious questions to answer. They are nowhere to be seen.

Kim Lannie, a Worcester season ticket holder for 10 years, told Sportsmail: ‘I cannot understand why the owners won’t do the honourable thing for the club and put it into administration.

‘I cried when I read about the owners not repaying the loan they took from Cecil Duckworth, but I wasn’t surprised and that’s the worst thing. I don’t trust anything they say. 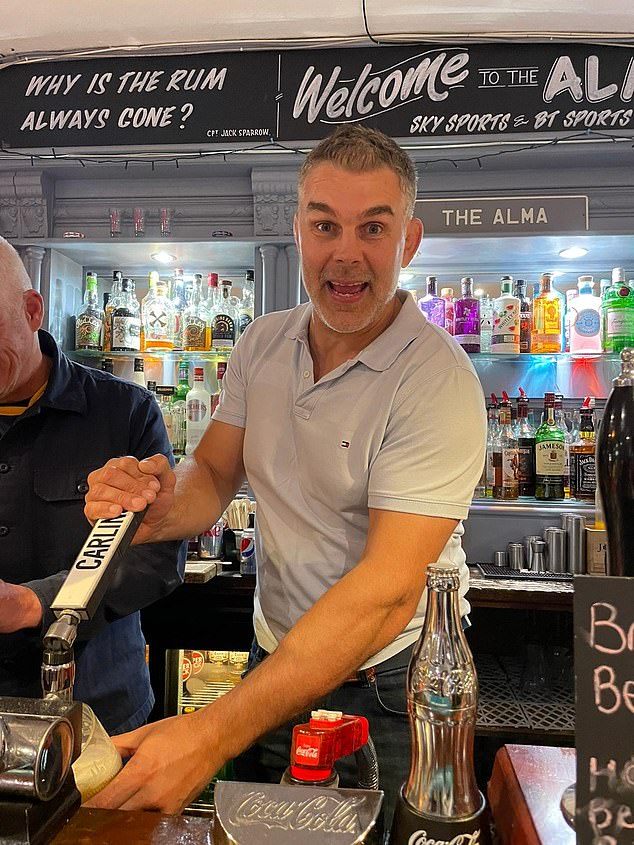 ‘They have lied to us since they got here. It’s really, really sad.’

Adriano Vazzoler, who has been watching Worcester for 25 years, added: ‘The Cecil loan story was the final nail in the coffin for the owners as far as the people in Worcester are confirmed.

‘The level of mistrust is unbelievable. We just want them to go and not set foot in Worcester again – they’re not welcome.’

Sportsmail revealed Goldring and Whittingham loaned £500,000 from Worcester icon Duckworth in his dying days and have not repaid the debt to his family following his death in 2020.

Worcester’s fans vented their fury at the club’s despised owners at the Newcastle game. One critical banner was taken away by stewards because it was said to be ‘inappropriate.’

But after that, both the day and night showed everything that is good about Worcester. If they were watching, any potential investor would surely have liked what they saw.

On the field, Diamond’s men destroyed a woeful Newcastle side 39-5, scoring five tries in a bonus-point win. Off it, Worcester’s staff, players and fans welcomed Sportsmail with open arms as the drinks flowed long into the evening and the future of the Warriors was endlessly dissected.

‘I’ve been a season ticket holder for 26 years,’ said supporter Julian Clarke. ‘I’ve loved it since day one. My dad used to come here with me. We wheeled him into Sixways for his last game when he was dying of cancer six years ago. That’s what this place means to people from Worcester.’ 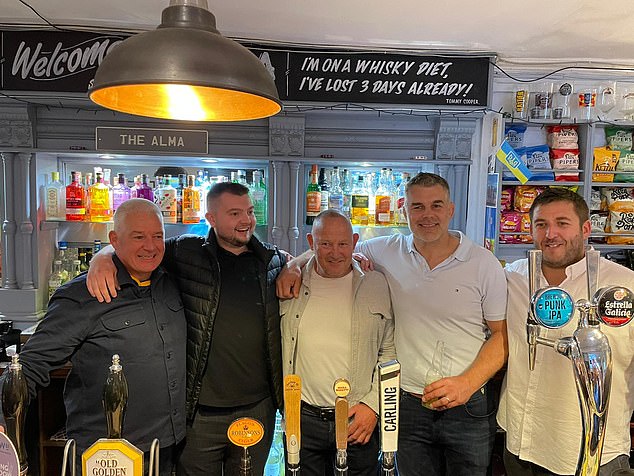 So, what now for everyone connected to Worcester? Uncertainty reigns. Their resources have been so low the club’s medics have been massaging the players with cooking oil.

Diamond is understood to be hopeful a takeover will happen in the coming weeks but in the meantime, a playing and staff exodus could well occur. The majority of Worcester’s staff have still only been paid 65 per cent of their August salaries and September’s packet is unlikely to arrive at all.

Worcester’s financial misery has impacted everyone at the club.

‘The players want this to work not for themselves, but for Worcester as a club,’ Victoria Lewis, the girlfriend of flanker Cameron Neild, said.

Neild and Lewis relocated from Manchester to Worcester for this season but just a few months later, their future has been thrown up in the air.

‘Cam loves it at Worcester,’ Lewis added. ‘We bought a house in April and like all the staff, we’ve got a mortgage to pay. It’s really hard when you don’t know what the future holds.

‘Fergus Lee-Warner has moved to Worcester from Australia and his partner has only just arrived. She doesn’t know if they’re going to have to move straight back. If I could sum it up in one word, I’d say it’s stressful!’

Lewis and the wives and girlfriends of Worcester’s players gave the team an emotional guard of honour for the Newcastle game and joined them as the party went on long into the night. Worcester’s fans also donated money to top up staffing salaries. One handed over £200 worth of pub vouchers. Vazzoler contributed too but said: ‘I won’t be buying any food or drinks at the ground because I don’t know where the money will go.’

Worcester’s supporters gave their staff a standing ovation in the 65th minute as their team cantered to success in what could well be their last match. Captain Francois Venter was outstanding on the field and equally as good off it. This week, he and his team-mates will train alone.

Many, including Van der Merwe and Lawrence, will surely be targeted by other clubs even though the majority of Worcester’s players want to stay.

They have been impressed by Diamond’s ability to rally a collective. A vote on whether or not to play against Newcastle took place because there were concerns over suffering serious injuries with the club set to be suspended and burdened by a £25million debt which means limited medical cover is in place.

Only a handful of players said they were unwilling to take the risk. ‘You saw the true measure and character of the guys,’ Easter said. ‘Who knows what goes on after this?’

Worcester’s players and staff huddled together at the final whistle and then applauded their loyal supporters. Even the chef joined in.

‘We don’t know when we’ll be able to do this again,’ said the emotional stadium announcer. He then hopefully added: ‘The Worcester Warriors are going to be here for a long time.’

With any luck, that proves to be the case.