Eager Ealing Trailfinders want to start their path to the Premiership with a strong showing against Saracens – desperate to make the most of their moment in the spotlight.

The west Londoners, bank-rolled by travel millionaire Mike Gooley, are hosting the only rugby match on in England this weekend against Sarries.

After the European Cups were postponed and the Premiership left the gap open Vallis Way is suddenly the centre of the sport’s sphere. 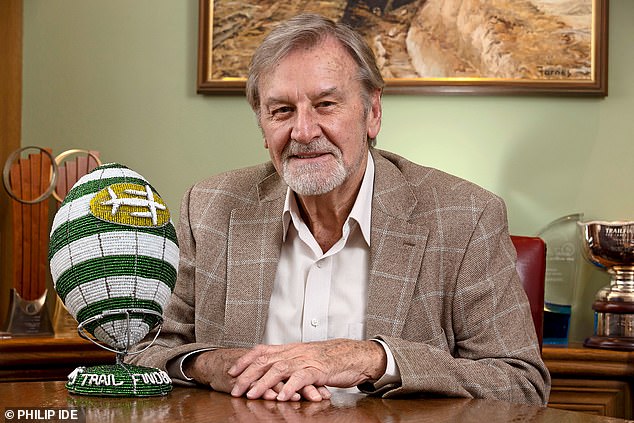 And while still a modest Championship club, Ealing have major ambitions. This would be the perfect time to strike when the iron is hot.

‘It’s great to have the limelight on us,’ Ben Ward their director of rugby told Sportsmail.

‘Our guys are ready to play – it’s a ginormous challenge.

‘Over the last couple of years we’ve developed nicely by beating London Irish in a cup final, Newcastle in a pre-season game, but this is another step up.

‘We’re excited to compete against Sarries, honoured to be on the pitch with them, absolutely looking forward to seeing where we’ll be and giving it a crack.’

The friendly is part of the Trailfinders Challenge Cup – a pre-season tournament which Doncaster are also part of – formed to prepare these sides for the curtailed Championship season in March.

It is largely funded, including Covid testing, a trophy and £20,000 winners’ jackpot, by Gooley who in time wants his Trailfinders to break up the old order.

In lockdown they have battle-hardened themselves for a new assault on the top flight; if they are permitted entry by the cosy club, which is no certainty as ring-fencing rumours swirl. 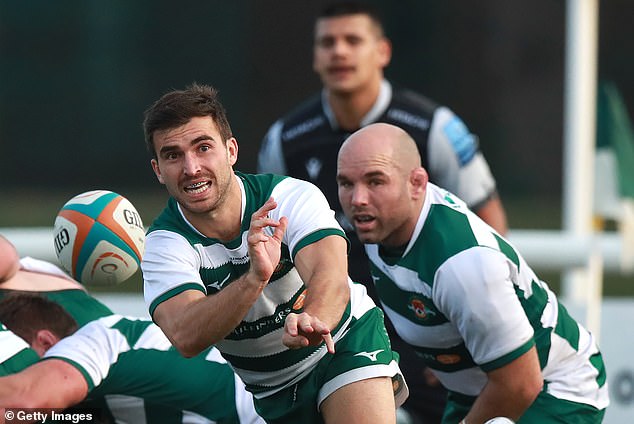 Ealing are building a new training centre, have beefed up their academy, restructured staff roles and now have a Women’s team.

While staunchly in favour of the Premiership remaining open for entry, they are determined not to just flash their cash to make it.

‘We have to earn the right,’ said Ward.

‘Nobody can do it for us. There has to be an element of fairness as to what happens, but we have to look after the club as well. It’s not as simple as just throwing money at players.

‘We want to be in a strong position for the next 40 years.’

While in the Championship relegated Saracens will be Ealing’s main rivals – the pair are bound to meet in June’s all-or-nothing promotion final – they have a close relationship.

Ward and his coaches are regular Sarries visitors, have picked the minds of Mark McCall and recruitment boss Nick Kennedy, took former scrum-half Richard Wigglesworth on as an attack coach in 2019 and shared ideas.

They have also trained with England, and Eddie Jones coached them four times last autumn to sharpen himself before returning to Test rugby.

Saturday’s match – viewed by Ealing’s as their first proper outing since last March after Covid cut off their seasons – is Trailfinders’ chance to make a statement.

‘This isn’t a normal team that has been relegated,’ concluded Ward.

‘We have our own ambitions but until we can win the league those will have to be put on ice.

‘It’s a very strange situation but all we can do is embrace it.’

Tags: Ealing, for, ready, Trailfinders
You may also like
Latest Posts