England’s hopes of retaining the Six Nations title are in pieces after Saturday’s game in Cardiff.

Wales sealed the Triple Crown after Josh Adams scored a controversial try in the game.

England captain Owen Farrell was penalised for failing to roll away after tackling George North, before confusion ensued out on the pitch.

Gauzere clearly stated: “Time off,” to confirm he had stopped the clock, with Farrell and his team-mates circled under the post in conversation with drinks carriers on the pitch. 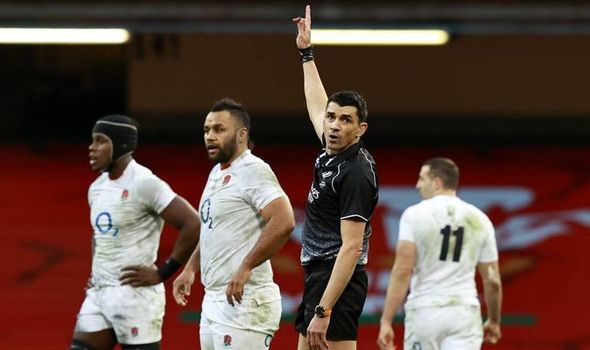 But the referee then blew his whistle while the England team were all grouped together, allowing Wales’ Dan Biggar to commence play.

The fly-half kicked over to Adams, who touched down for an easy try.

England’s players were clearly confused by the officiating, and let their feelings known.

The ball could be seen deflecting off Rees-Zammit’s thigh and hand before hitting Henry Slade.

Williams then gathered the loose ball and gave Wales a 17-6 lead, again to England’s bemusement.

And speaking afterwards, Jones insisted he was unhappy with the way he officiated, though refused to say the referee changed the game.

“Wales were worthy winners and we have only got ourselves to blame,” said Jones. 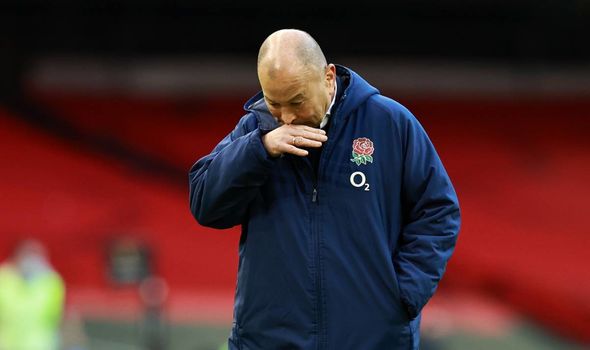 “We cannot blame the referee but sometimes circumstances are difficult to handle. We have to take responsibility and if I want my dog to eat its food, I am not allowed to say anything [about the referee].

“They were huge decisions but we cannot debate them. I would end up with a fine and that would not help anyone.”

Jones was then asked if he thought the tries changed the outcome of the game, to which he responded honestly.

He replied: “Maybe they got points they did not deserve and we had to fight to get back into the game. 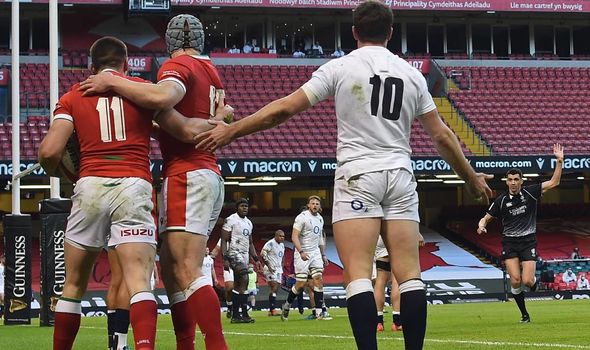 “It made it difficult, but you have to be good enough to overcome it, no matter how unusual. There were times we gave away penalties we should not have.

“We played some good rugby but we did not adapt to circumstances.

“This defeat will only make the team stronger and the World Cup is a long way away.

“I was pleased with the effort of the team and the next game for us [against France] is massively important.”