England held key Six Nations team meeting in a PUB in Brighton after fire forced them out of the hotel they were staying in, reveals Joe Marchant as Harlequins centre looks set to start against Scotland

Joe Marchant has revealed England began the process of rebuilding their midfield from the pub after their Guinness Six Nations preparations were hit by an electrical fire.

Eddie Jones’ squad scrambled to find a new venue for a key meeting after a manhole outside their hotel on Brighton seafront burst into flames on Tuesday evening, forcing a change in accommodation.

Having moved to a new hotel, they were dispatched to find a pub and from there Marchant and his centre colleagues began looking ahead to the Championship opener against Scotland at Murrayfield on February 5. 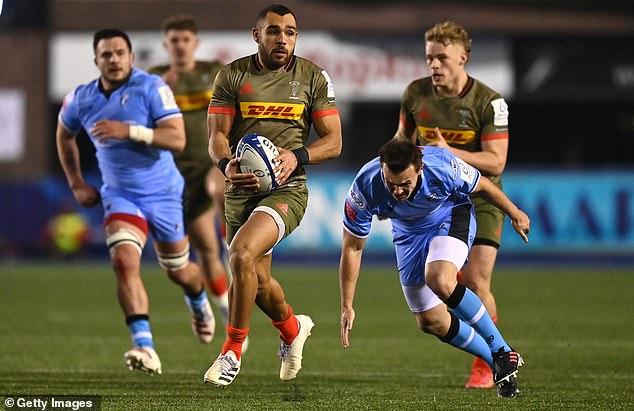 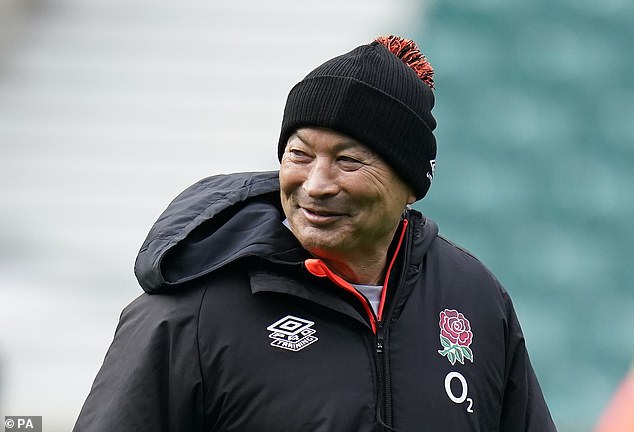 In the absence of the injured Owen Farrell and Manu Tuilagi, Jones must field the 29th different midfield combination of his reign and Marchant is in line to fill one of the centre slots after excelling against South Africa in the autumn.

‘When we had the evacuation we got sent to the pub around the corner,’ Marchant said. ‘We kind of split off there… all the outside backs were together, all the inside backs and all the forwards.

‘Basically we all talked about what we’re looking to do in this campaign and how we can get that in to the first session today (Thursday).

‘It was burgers all round. Fish and chips too. We’d been darting around the streets of Brighton and as we got to the pub, there was a power cut in there as well!

‘We were just sat in the dark for a while. It’s character building, getting the team together. No ghost stories, but good to be together as a team.’

Marchant has played seven Tests for England since making his debut in 2019 but his breakthrough came when the Springboks visited Twickenham in the autumn.

Tuilagi limped off early with a torn hamstring and Marchant was moved from wing to outside centre, forging a dynamic and creative partnership alongside Henry Slade. 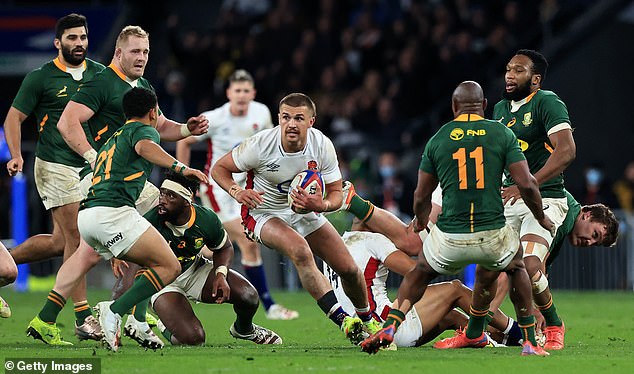 With England suffering a number of backline injuries, the 25-year-old Harlequin is certain to be involved against Scotland and is happy to fill any jersey.

‘I think 13 is my preferred position. It’s where I’ve played most of my rugby, where I’ve had the most experience,’ he said.

‘Internationally I’ve played a bit more on the wing and I got to move inside in that South Africa game. I’m easy playing either. I love being on the pitch, whether it’s 13 or wing. Just hopefully I’ll get an opportunity.’

Tuilagi’s availability for England remains uncertain after his projected comeback for Sale against Leicester this weekend was put back by seven days.

Harlequins on February 6 has been pencilled in for his return and Sharks director of rugby Alex Sanderson insists he could then be involved in the round two clash with Italy.

‘It is a week-to-week thing for Manu but England have total autonomy over when he plays and doesn’t play,’ Sanderson said.

‘If he looks really good and feels good, he will go straight through to England and it could be Italy.’