CHRIS FOY: England’s golden oldies prove they can still deliver… Jamie George and Co rise to Eddie Jones’ challenge as they fight to keep hold of their places for next World Cup

For all the excitement generated by Marcus Smith’s dazzling cameo, what really stood out at Twickenham was how much Jamie George and England’s other veterans still have to offer.

The 30-somethings showed Eddie Jones, the jubilant crowd and the English rugby public that they can be part of the immediate future. George, Jonny May and Ben Youngs scored two tries apiece, Manu Tuilagi marked his comeback with a vintage exhibition of his rampaging threat in midfield and Courtney Lawes delivered a monumental performance as stand-in captain.

While much of the noise and fervour reached a climax as fly-half Smith worked his magic in the closing stages, the foundations for this emphatic win had been laid by the home side’s experienced core. They face tougher assignments in the coming fortnight but this was a promising statement of intent. 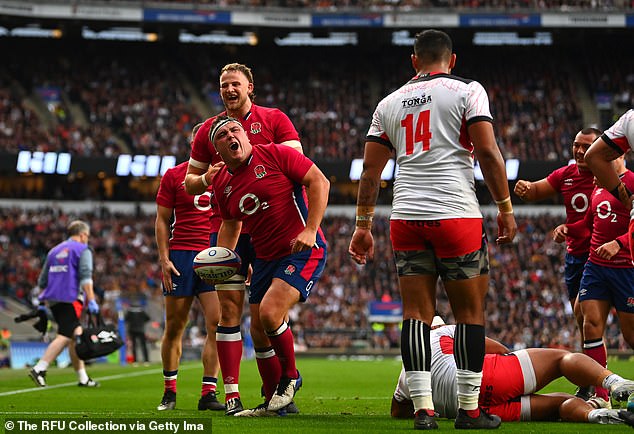 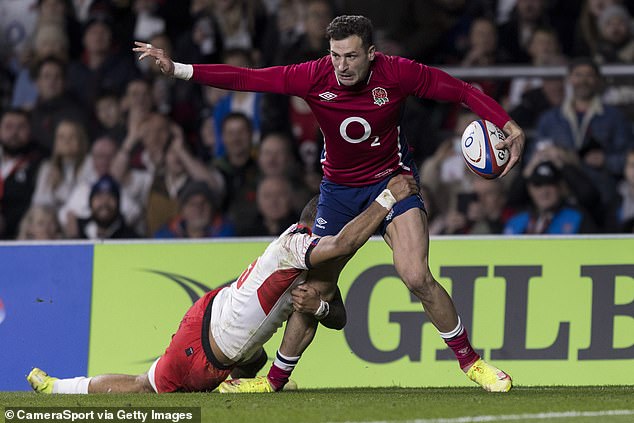 This new era for England can include some older faces. When he named his squad, Jones cast doubt on whether players in a third World Cup cycle can find the drive to climb to another career peak. George, Tuilagi and May are in that category, and Lawes and Youngs have their sights set on taking part in a fourth global showpiece.

The task of proving to Jones that they have the necessary motivation has started well. For George, that agenda is especially evident after he was initially left out of the squad before Luke Cowan-Dickie’s injury brought a swift reprieve. The Saracens hooker admitted that he had been wounded by the omission and Jones’s explanation.

‘It took me by surprise if I’m honest,’ said George. ‘I actually missed Eddie’s call which was awkward. Then I had four missed calls. The writing was on the wall at that point! It was tough. I found it really challenging. He said to me I’ve not been up to speed for up to a year. It was a really, really tough time. I had a lot going on in my mind.

‘It had been a tough year for me with going down to the Championship and South Africa (Lions tour) not going the way I wanted. I said to Eddie when he didn’t select me that I was going to go back and try to make sure I prove him wrong. That was part of the motivation. It was nice to do that.

‘My form at the minute is pretty good but I am only a few games into the season so I have to make sure I stay on top of it.’ 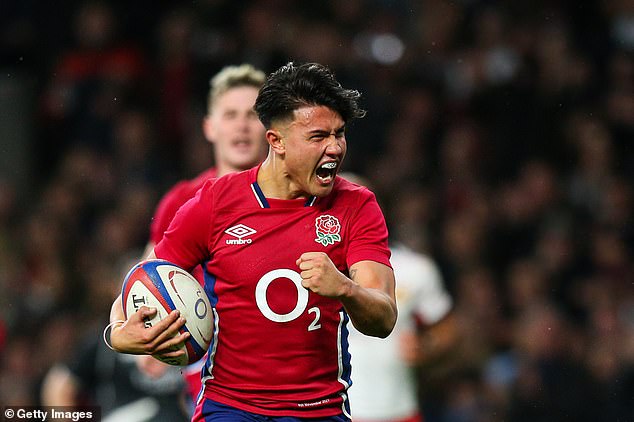 Addressing the head coach’s claim that some veterans find it difficult to maintain motivation levels, George added: ‘It’s Eddie’s style — he keeps people on their toes. He never likes to let us get settled. But I don’t think it was ever in question in my mind that I wasn’t motivated to go into a third World Cup cycle.

‘I’m as motivated as ever. I really want to be part of this team. I love playing for England — always have, always will and I will never take it for granted. I am thankful that I have been given the opportunity to play for England again.’

Henry Slade was named man of the match and the Exeter centre demonstrated his attacking grace and class but Lawes was the stand-out figure.

The Northampton lock, operating at blindside as he did for the Lions, provided further evidence that he is playing better than ever. His close-quarters handling was a real feature — as highlighted when he sent Ellis Genge storming clear to set up a superb, route-one try finished by Maro Itoje.

But while his passing was impressive it was Lawes’ astonishing, never-say-die cover tackle on Telusa Veainu which epitomised his contribution. He had to cover a lot of ground in a hurry but still had the energy and presence of mind to block and twist the Tongan full back to prevent him from scoring an interception try.

‘Yeah, I was pretty happy with that,’ said Lawes. ‘Obviously I saw the intercept and started sprinting back and then I saw Freddie Steward was going to make the tackle so I just kept on going. Luckily, I was able to get there. The hard work was really done by Freddie, but I’ll take the glory!’ 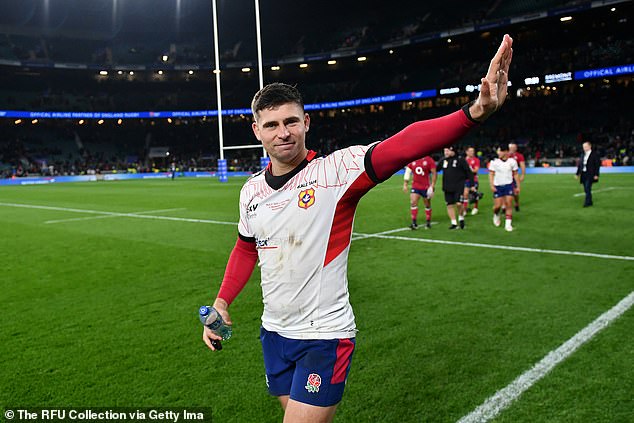 Having been asked at short notice to take on the captaincy in the absence of Owen Farrell, he added: ‘I really enjoyed it. I am very honoured to be able to captain England. Tonga have gifted me a piece of nice memorabilia — it is like a wooden dagger. I don’t know the name of it but it is very cool!’

Jones paid tribute to his skipper and his veterans, saying: ‘I’m really pleased. You look at the effort of Courtney chasing back to stop that try. That is a really selfless act and that is the sort of thing you want to see from those players.

‘As I have said, we want the experienced players to show that they are prepared to dig deep. We saw a little bit of that today but that will be tested more fully against Australia next week.’