Thorburn, who has been given the task of reviewing all of Essendon’s operations, is a favourite to fill the position once the club’s review has been completed.

Thorburn also was a member of the panel that appointed Brad Scott as the new senior coach of Essendon and has been spearheading the review of the club’s board, administration, staff, football department and culture, as new president David Barham seeks to overhaul the club after taking over the presidency in August. 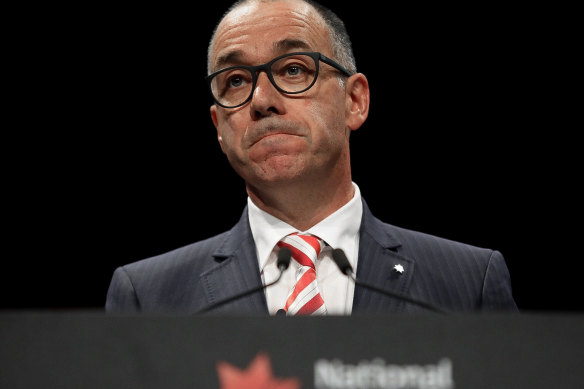 New Zealand-born and educated, Thorburn, 57, was chief executive of the NAB from 2014 until February 2019, having previously been CEO of NAB’s New Zealand business from 2008 and head of NAB’s retail arm since 2005.

If appointed, Thorburn, an Essendon fan, would become the first former CEO of one of Australia’s largest companies to run an AFL club.

Thorburn resigned from the NAB following the release of the final report of the Royal Commission into the banking and superannuation industry, following] criticisms of Thorburn and then exiting NAB chairman Ken Henry from commissioner Kenneth Hayne.

Thorburn is the chairman of the Sentient Impact Group, an investment fund that focuses on clean energy, land and water and is a senior adviser to the Boston Consulting Group.

how long to start period after depo provera
Recent Posts