ENGLAND FAN VIEW: ‘Superb’ Jack van Poortvliet and ‘world-class’ Ellis Genge helped England secure the Test series comeback against Australia… but Eddie Jones has plenty to think about if he wants to catch France and Ireland

For the series decider against Australia, England head coach Eddie Jones made three changes to the side that won the second Test in Brisbane Two were due to injuries to Sam Underhill and Maro Itoje.

The third – and perhaps most controversial – was at scrum half, where Danny Care came back in to replace Jack van Poortvliet. The 21-year-old had done nothing wrong, but Jones opted for Care because of his quick service away from the ruck.

The Marcus Smith–Owen Farrell partnership continued for a third week. Whilst England had their injuries on the tour, Australia were hit hard too and were forced to make changes, most notably by way of NRL convert, Suliasi Vunivalu. 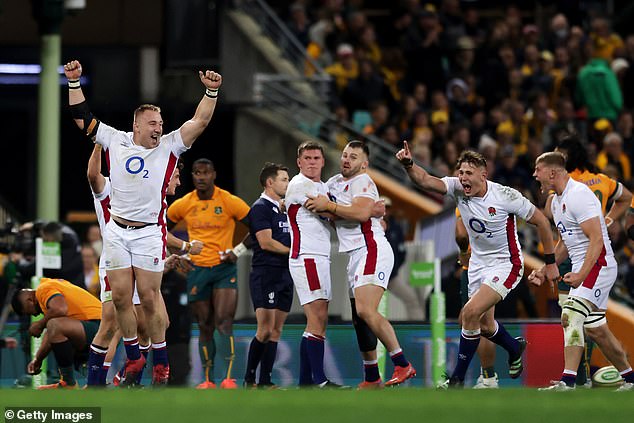 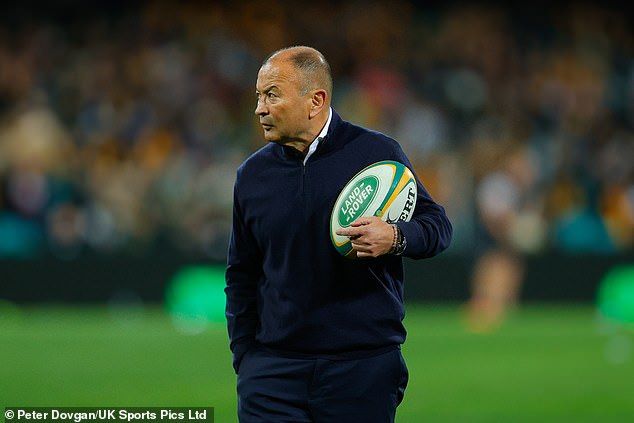 Right from the kick-off in Sydney, it was apparent that the Wallabies intended to bring more physicality to their game and fight England upfront – something that they had failed to do in Brisbane.

England didn’t start well and seemed a little unsettled. There wasn’t much rhythm to the English game, and Australia had most of the possession and territory in the first quarter. The Wallabies were given a shot at goal, but fly-half Noah Lolesio was wide of the mark.

Shortly after, England managed to get out of their half and were awarded a penalty. Farrell stepped up and put points on the board. England were starting to move the ball well, a noticeable improvement from the previous test. 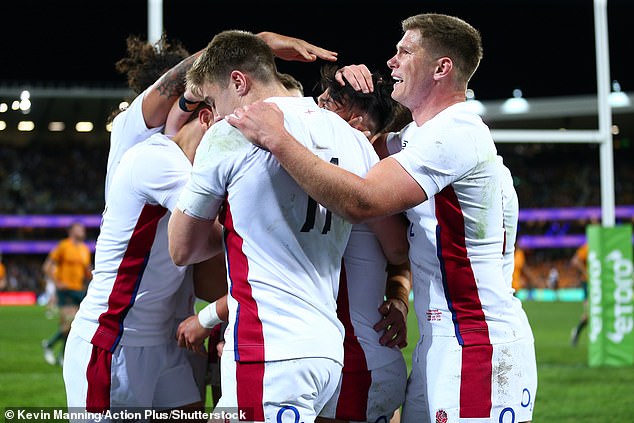 Australia replied soon after with a converted try and then a penalty to stretch their lead.

Now, England seemed to be drifting out of the game. Passes weren’t going to hand, and the Aussies were growing in confidence. Farrell closed the gap with another shot at goal, and then a pivotal moment came.

As he has done before, Jones made a decisive substitution and removed Care from the field. He did not have his best game.

Van Poortvliet came on and seamlessly carried on where he left off in Brisbane. England is blessed with several up and coming scrum-halves, but it will be a fight to take the shirt back from JVP who has been superb.

The change seemed to have the desired effect. Just before half time, England were building momentum and it culminated in a try for the hugely impressive Freddie Steward. 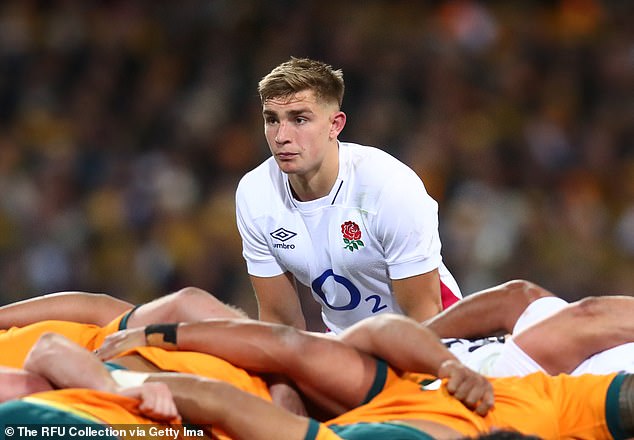 After the break, the men in white continued the onslaught. Their game flowed with a physicality that the Australian’s could not live with.

The effective carrying by Ellis Genge was phenomenal; on this tour, he has been one of the stand out players and is becoming a truly world-class prop and potential captain for the future.

England were awarded another penalty and Farrell stretched the lead to 10-14. Marcus Smith soon got in on the scoring and picked up a loose Aussie pass to race in to score.

It felt like a turning point, but Australia had other ideas. 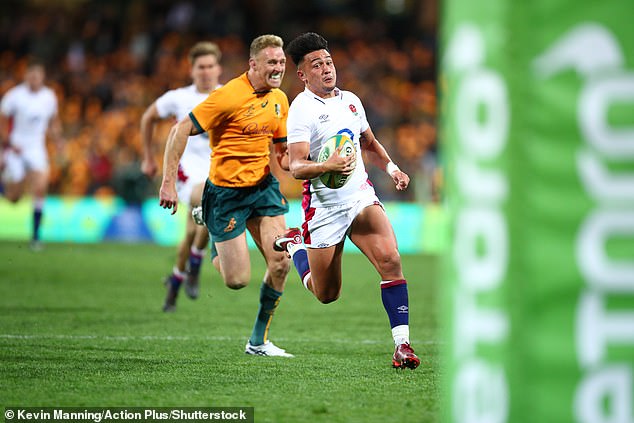 The Wallabies soon advanced down the other end of the pitch to score a direct try through Folau Fainga’a, making the score 17-21 to England. It gave Australia a lifeline and they continued to attack.

England’s defence at the end was exceptional. They held on to win the match and the test series.

As an England supporter, of course, it is good to know that the series has been won, but it also feels like there has been some development during the tour.

After the first test and a significantly below-par performance from many of the established players in the squad, the idea that England could go on to win the series 2-1 was remote. 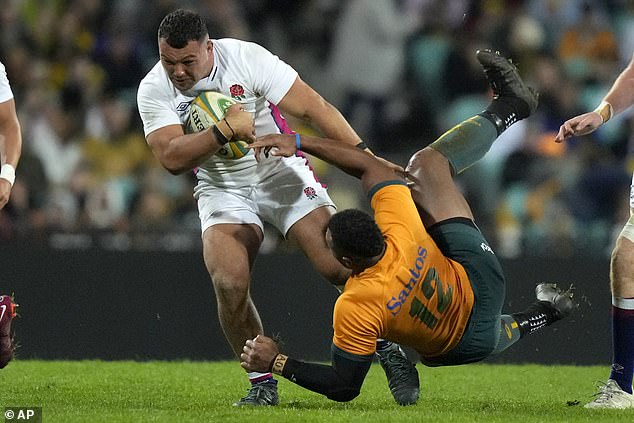 The second test saw them return to the solid set piece and strong kicking game. It was simple but effective and got the win.

Players like Billy Vunipola and captain Courtney Lawes stepped up, Eddie Jones had used more new caps in this campaign than I initially thought he would, and Van Poortvliet, Tommy Freeman and Ollie Chessum had each performed very well.

We also got a glimpse of Henry Arundell on the wing and what an impact he made!

The future is bright. It would be interesting to know whether the coaches feel that – a year out from the World Cup – the team is really where they hoped it would be. 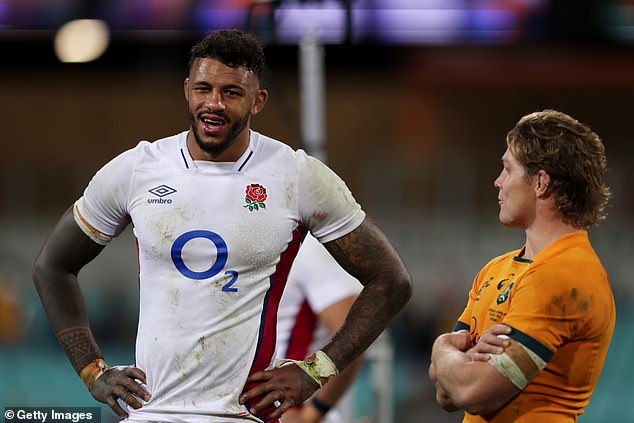 Some players were left unused, but will have gained from the touring experience, and a few others may be wondering if their international careers are over.

We will soon be at the start of the World Cup season and England still have much to do if they are to catch the outstanding French and Ireland teams.

We need to be honest, it wasn’t the best Wallabies side that England faced – but the team and Jones will be pleased to be back to winning ways.