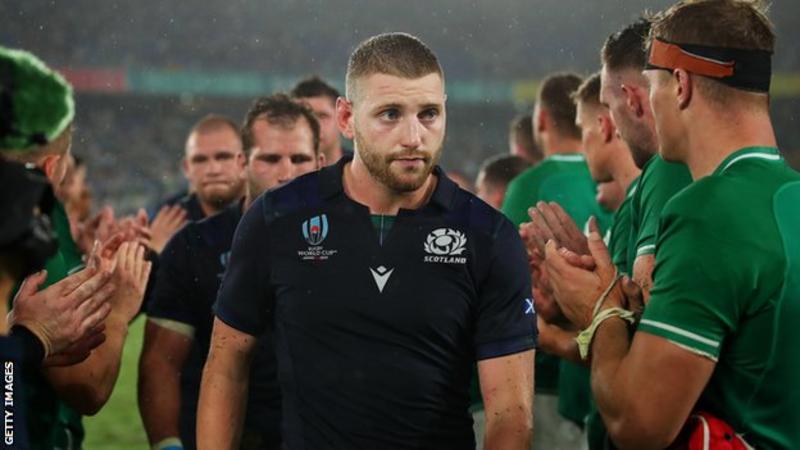 Russell has been absent for the Six Nations to date after a breach of team protocol in January.

The pair have mutually agreed that he will remain unavailable for the final two fixtures.

But BBC Scotland has learned Russell will call into the coaches’ meeting ahead of Sunday’s visit of France.

The Paris-based play-maker will share his insight into the French squad and coaches to help his international team-mates prepare to face their grand slam-chasing opponents.

Russell was not considered for Scotland’s opening defeats by Ireland and England after reportedly ordering a third beer at the team hotel, breaching the squad’s pre-agreed limit of two.

In a newspaper interview, the fly-half subsequently said he did not have a “personal relationship” with Townsend, who coached him at Glasgow Warriors and the national team.

Townsend told BBC Scotland that Russell’s media comments proved he was not yet willing to “align himself” to Scotland’s standards.

Despite relations appearing strained, the player and coach have since spoken positively, and Russell is expected to be available for the July fixtures against world champions South Africa and New Zealand, where he could win his 50th cap.