France claimed their first win in Dublin in a decade by beating Ireland, but coach Fabien Galthie said the achievement was nothing more than a stepping stone to a greater goal.

Les Bleus, back in the Six Nations mix since Galthie took over last year, scored a try through Charles Ollivon on their first incursion and defended stoutly in a tense finale to snatch their second win in two games in this year’s championship.

France, who host the 2023 World Cup, top the standings with nine points, ahead of Wales on points difference. England are in third place on six points. 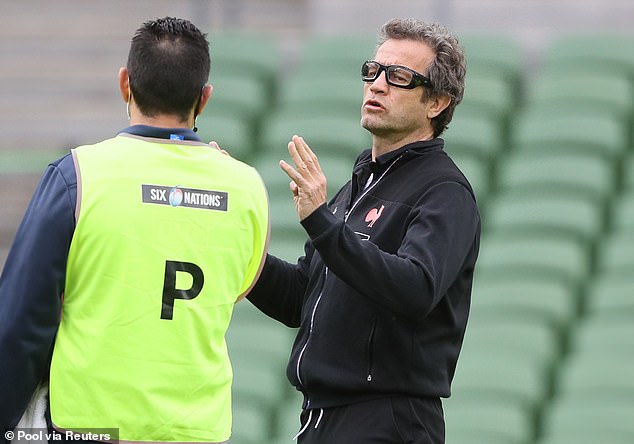 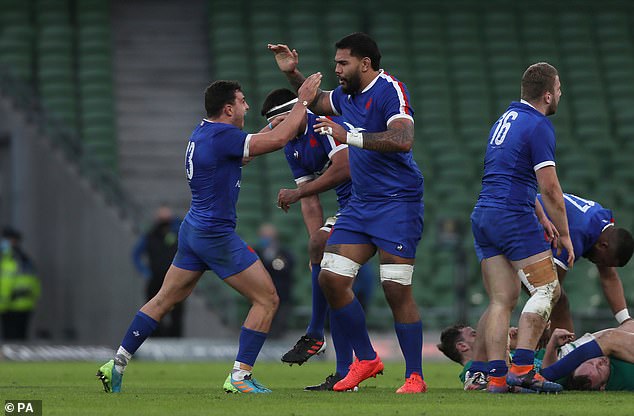 ‘We were prepared to win the game, we won the game. It was our objective, that’s it,’ said Galthie, who has led France to nine victories in 11 games. ‘We have a lot of ambition for all our games.

‘Each game is not a goal in itself, we have bigger goals. I think the team will continue to improve.’

France suffered in the rucks and struggled in the lineouts in the first half but never panicked and punished Ireland on their first foray, a series of offloads leading to a clinical try by Ollivon before Damian Penaud added another after the break. 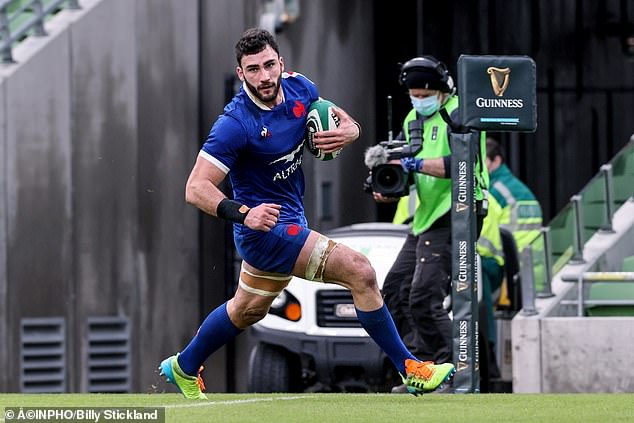 ‘When we have an opportunity we convert it, although we could have done better on that front,’ said centre Gael Fickou, a veteran with 60 caps in a relatively inexperienced side.

Captain Ollivon, who praised his team’s ability to fix their lineout problems, said: ‘It was a ferocious battle. We’re happy and proud. It was a war from the first to the 80th minute.’

France, who are looking to win the Six Nations for the first time since 2010, will host Scotland in Paris in two weeks’ time.