Ellis Genge has vowed to learn his disciplinary lesson ahead of England’s Six Nations campaign, but admitted he cannot promise there will be no repeat of his yellow card at Wasps.

The Leicester captain was sinbinned for shoving Francois Hougaard in the face and pulling his hair as the Tigers were beaten 16-13 on Sunday, their first loss of the season.

The 26-year-old — who will join hometown club Bristol next season — escaped a citing and a ban, but England head coach Eddie Jones will not want a repeat, with Genge likely to be involved against Scotland in his team’s Six Nations opener on February 5. 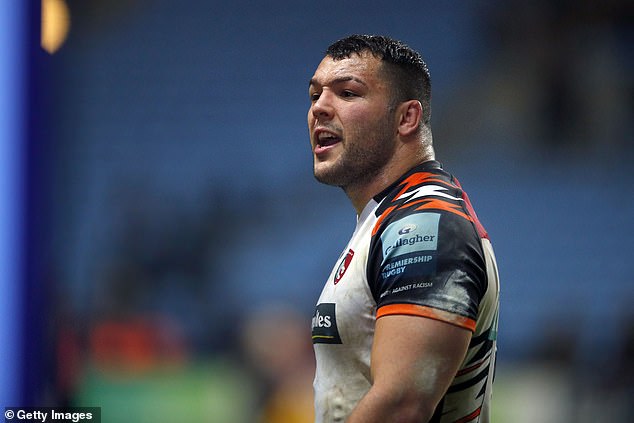 ‘It potentially cost us the game,’ Genge said of his yellow at Wasps.

‘Mine is an isolated incident of me losing my head for a split second. I have apologised to the boys for letting them down, but it is something I can’t promise I won’t do again.

‘I have not got a bad disciplinary record. I have never been red carded in a professional game.’

Genge’s sinbinning at Wasps was his seventh career yellow. Only once has he been temporarily dismissed with England.

‘For some reason there is this weird perception I’ve got bad discipline. I get peppered online about it. That goes in one ear and out the other, but I feel I probably let myself down,’ he said. 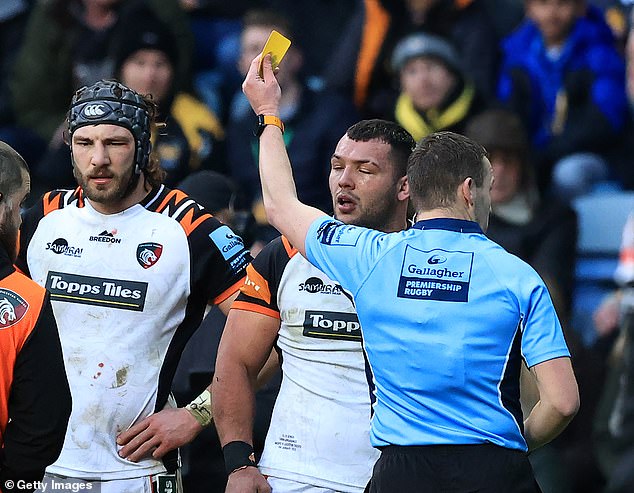 ‘It’s a learning lesson for me. A lot of people have said I tried to gouge him (Hougaard). That’s absolutely ridiculous. I’d never even dream of doing something like that. That’s disgusting.

‘But I pushed him in the face a bit. I’ll learn from it and we move on.’

Genge made his 100th Leicester appearance against Wasps, but his decision to swap the Tigers for Bristol for the 2022/23 campaign came as something of a shock.

Genge was born in Bristol and started his career at Ashton Gate. Speaking for the first time about his upcoming transfer, the loosehead revealed family reasons were behind the move.

‘I love captaining the club,’ Genge said of his Leicester experience.

‘Imagine being at war and all your troops are ready to die! That’s what our pack is about. Being at the front of that and leading them in, I love it.’ 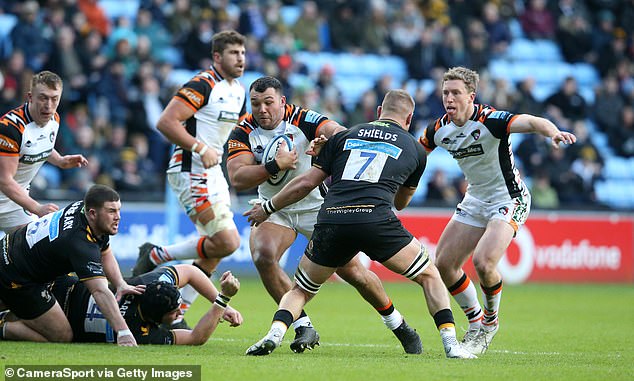 Genge admitted it had been a ‘huge’ decision to leave Leicester. He will follow Sale-bound fly-half George Ford out of the Tigers exit door this summer.

‘I don’t think anyone wants to leave the club that has given them everything they’ve got from a rugby perspective, especially being club captain,’ Genge said.

‘We were unbeaten at the time I made the decision and doing well in Europe.

‘We’d just signed some world-class players and everything was on the up. We’ve got a great plan in place and being part of it really excited me.

‘I just made the decision to leave because I wouldn’t be able to live with myself if I signed another long-term contract at Leicester and then wanted to go back and see my family after that.

‘I’m seeing them now and again, but without going into too much detail, certain circumstances forced my hand. I needed to be closer to them and see them more often. 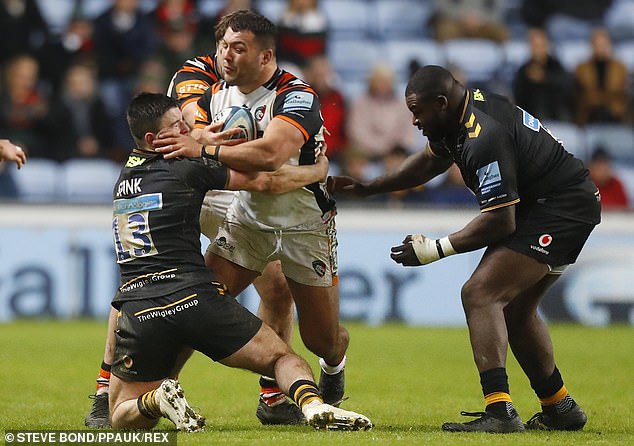 ‘If we’ve learned something from Covid it’s that you don’t get to spend much time with the people you love, let alone in lockdown. I’ve been away from home since I was 16 and it’s time for me to go back and support my family, my sister, my dad and my mum in the best way I can.

‘For me, that’s by being back in Bristol.’

Meanwhile, European rugby bosses are facing a losing battle in their bid to get English and Welsh teams to travel to France for Champions and Challenge Cup games this weekend.

Sportsmail revealed English clubs had been in talks to boycott their matches in France unless the rule that they would have to quarantine for 48 hours on arrival was changed.

No leeway has yet been granted meaning there is now a growing possibility the matches will be cancelled. Newcastle are scheduled to be the first English team in action in France on Friday.

In round two of the Champions and Challenge Cups before Christmas, seven fixtures were postponed due to Covid-related reasons.

All matches will be recorded as scoreless draws with two points allocated to each side.

Alex Dombrandt has signed a new long-term Harlequins deal while Northampton director of rugby Chris Boyd will face a disciplinary hearing after being charged for saying referee Adam Leal ‘didn’t have enough nuts’ to penalise Saracens when the two sides met on January 2.