Check back for more updates throughout the day.

Hawthorn have sprung a surprise by adding former Western Bulldogs forward Fergus Greene on the first day of the delisted free agency period.

Greene played five games with the Bulldogs in 2018, but has found his way back on to an AFL list after kicking 53 goals for Box Hill. 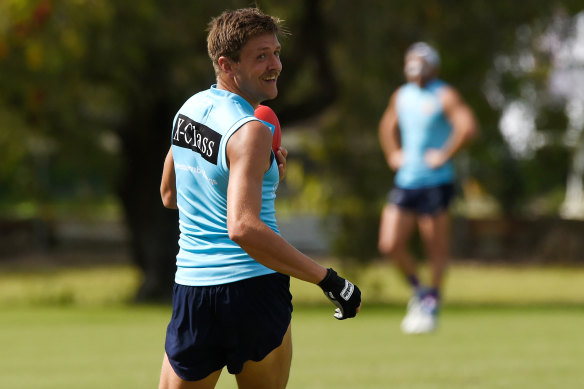 He will turn 25 at the end of the year and could fill a void left by the departure of Jack Gunston.

Port Adelaide have also thrown former Geelong forward Francis Evans a lifeline by picking him up as a delisted free agent. The popular Cat, who was plucked from obscurity in the 2020 national draft, played seven games with the Cats, which were all wins.

He was unable to cement a spot in the team, but the Cats were happy to delist him to make his passage to Port Adelaide easier. He will add depth and strength to their forward line as a mid-sized pressure player inside 50.

North Melbourne star Jasmine Garner has won the AFLW Coaches Association award for the second time, despite being tagged out of the game in the last round.

The Kangaroos onballer polled perfect 10s in five of the nine games she played for a total of 76, with Conti and Prespakis next on 67.

Garner and Conti played in nine of the 10 games this season, while Prespakis played in eight. 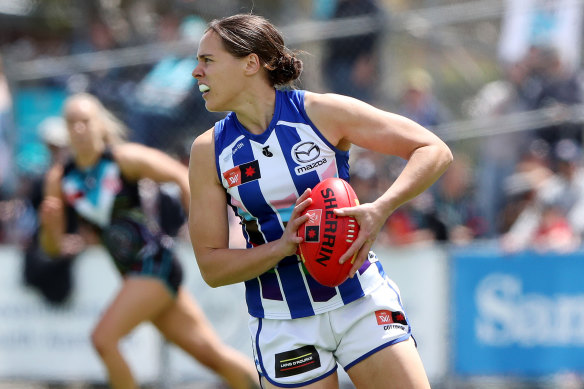 Jasmine Garner has come out on top of the coaches’ poll.Credit:AFL Photos

Georgie’s older sister Maddy polled 63 after her move from Carlton to expansion side Essendon.

Garner, a four-time All Australian who kicked the first goal in the inaugural AFLW season, also won the coaches’ award two years ago.

But in a possible preview of opposition tactics for the finals, Richmond’s Amy Macdonald put a hard tag on Garner in Sunday’s draw at Arden St and shut her out of the game.

Conti scored three votes in the match, but Garner already had an unbeatable lead.

“To poll five perfect scores and votes in all but one match during the season is an amazing effort off the back of a short lead-up to season seven,” AFLCA chief executive Alistair Nicholson said.

Provided Georgie Prespakis has recovered from her ankle injury, she will go head-to-head in the midfield against Garner in Saturday night’s elimination final at GMHBA Stadium.

Conti will be a key player for the Tigers in Saturday’s qualifying final against the Brisbane Lions at Metricon Stadium.