The AFL's television landscape is set for a shake-up after global streaming giant Amazon agreed to a $10 million deal with Collingwood president Eddie McGuire’s media company.

Football industry sources have confirmed to The Age and the Sydney Morning Herald that Amazon is purchasing the rights for a series of football club documentaries, to be produced by Jam TV – the television arm of McGuire Media – and shown on Amazon Prime in Australia.

Collingwood and Sydney are among the clubs approached to feature in the series, but the project hit an early snag when the football department of McGuire's own club, the Magpies, indicated they were not keen on taking part. 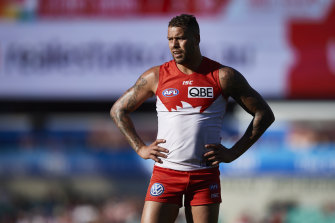 Lance Franklin is a player of high interest to Amazon for the series.Credit:Getty Images

Swans superstar Lance Franklin is high on Amazon's wish list for a series that would include in-depth interviews across the course of a season with key players and officials at selected clubs.

The deal, which has been in the pipeline for months, initially angered subscription rights-holder Foxtel, who demanded a meeting with AFL executives. Fox Footy, which employs McGuire as a host and commentator and paid $1.3 billion over six years for a share of the broadcast rights, felt it had been sidelined by the deal.

The emergence of Amazon – ranked the second biggest company in the world by market capitalisation – comes after AFL boss Gillon McLachlan last year led a team of executives to meet tech giants in the US. The league's current broadcast deal with Channel Seven, Foxtel and Telstra, worth $2.508 billion, expires in 2022.

Amazon’s documentaries will see six people from each club interviewed over the course of a entire season. 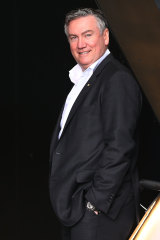 The six club figures will be the senior coach, president, chief executive, a senior player, a player in the middle of his career and a junior player.

Sydney are one of several clubs who have shown interest, including Richmond, Carlton, West Coast, Gold Coast and GWS.

Port Adelaide and Geelong have also asked to hear more about the idea.

"We know we are a young club growing in western Sydney. We’re trying to grow the game and win games on the weekend and we think we’re doing that really, really well. To have someone like that come along and showcase the football club in its raw detail I think would be absolutely unreal.

"The more and more we can bring people into our football club and let them know what we are doing, the better off I think we’d be.''

Amazon would like six clubs to partake in the project.

The AFL confirmed on Monday that a number of documentary-style mini-series are in the works.

“We’re still in discussion with Amazon,” an AFL spokesman said.

Amazon’s first foray into Australian rules can only be a positive for the AFL, with broadcast negotiations around the corner.

Television rights money accounts for more than 65 per cent of the AFL’s revenue and underpins the financial future of the game.

It also plays a significant role in the collective bargaining agreement negotiated between the league and its players for wages.

As revealed by The Age and the Sydney Morning Herald this month, the AFL Players Association has also gauged the mood with some of its members over a joint CBA between the AFL and the AFLW, which could see men dip into their own pockets to subsidise the women.

Amazon has already done something similar in cricket, after filming the Australian cricket team during the dramatic 2019 recent Ashes tour and turning it into a documentary.

Collingwood’s documentary last year (Side by Side) and Melbourne’s this year (To Hell and Back) have both been well received by fans and have rated strongly on digital platforms.

Tags: Amazon, and, c, Eddie, How, McGuire
You may also like
Latest Posts