Following the 1995 Rugby World Cup, I was approached to play rugby league in the UK after scoring a couple of runaway tries. I must have looked quicker than I was.

The fact I can’t even remember which club came knocking – Leeds, maybe? – probably gives you an indication of my interest and, to be fair, I’m not sure I would have been up to the rigours of rugby league anyway. I could have been a disaster. 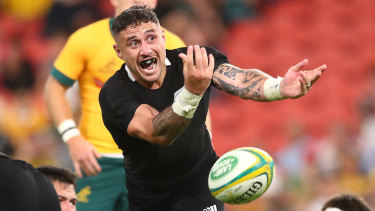 All Blacks halfback TJ Perenara is reportedly interested in a switch to the NRL.Credit:Getty

The news that TJ Perenara, the 69-Test All Blacks halfback, is in talks with the Roosters, having been approached initially by Michael Cheika about a cameo in the NRL this season once his commitments in Japan’s Top League have concluded.

Naturally you’re going to get platitudes from those who are close to Perenara, as we’ve seen from Sonny Bill, Ngani Laumape and Ardie Savea in recent days. By the same token, I’m certainly not arguing with these guys, who have plenty of intimate knowledge about the situation.

A lot of people have been very positive and I have no qualms with that.

I don’t know Perenara well, but I think it’s a big risk and an even bigger ask. Even though the roles look similar and he’s a fantastic athlete, it’d be a bold play.

I think Perenara is a wonderful player, but he doesn’t have a league background, which will put him behind the eight ball. 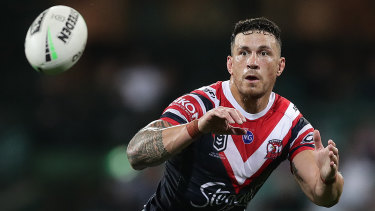 Sonny Bill Williams was successful in both codes, but his first switch occurred much earlier in his career.Credit:Getty

It could be something Perenara is really passionate about; a childhood dream perhaps? There is, however, a lot of water to go under the bridge.

The cynics might say it’s a calculated ploy by Perenara’s management to make it sound like there are other interested parties, which could bolster the value of his next New Zealand Rugby deal.

Signing a 29-year-old at this stage of his rugby career would be a risk for the Roosters, particularly if they’re going to drop him into the team straight away.

Only Perenara knows if this is a short-term experiment or a long-term play.

In terms of the tempo and structure, it’s chalk and cheese between the codes. Even if he’s never played league before, Perenara will have a really good appreciation of the game, but whether that translates to success on the field, I’m just not sure.

It also begs the question: what would an NRL stint do for Perenara’s future All Blacks chances?Would it tarnish his reputation in New Zealand? I don’t think it would be any more detrimental than going to Japan for a sabbatical, as he has.

If anything, being in league could benefit him. Every time Sonny Bill moved codes he emerged with greater knowledge.

Only Perenara knows if this is a short-term experiment or a long-term play. He is certainly not going to lose his rugby knowledge if he touches a Steeden.

If a deal can be struck, it is imperative Perenara is immersed in an excellent coaching environment. The Roosters have a great set-up and, by all accounts, Trent Robinson is a great coach. Another option might be the Rabbitohs, alongside master coach Wayne Bennett, who has had plenty of contact with Wayne Smith, the doyen of New Zealand rugby coaching.

Canberra wouldn’t be the worst idea either, given coach Stuart transitioned from Australian rugby before a decorated career in league.

Perenara does strike me as a player who won’t necessarily want to go to a top team straight away, but my advice would be he needs good guidance. However, money does talk and the Roosters’ reported $130,000 offer might not be up to scratch.

Where would he play? In rugby he plays in a position that is similar to the dummy half role in league, so he’d be best suited to hooker. He could maybe shift to No.7 if absolutely necessary, but a crisp passing game means he should keep a No.9 on his back.

I’d love to see it happen. I’ve always wondered how players from that successful All Blacks team of the past 15 years would go in league. But I have doubts.

Tags: 'I'd, in, Love, Perenara, see, th, to
You may also like
Latest Posts