James Hird has publicly announced that he would “love” to coach Essendon again and admits that his desire is partly fuelled by seeking closure for the doping saga that haunted the club for a decade.

Hird has confirmed that he presented to the Bombers’ coaching selection panel last week, where he was asked to address four categories.

Speaking at a Norm Smith Grand Final luncheon, hosted by Prestige Global Events, Hird told an audience of hundreds that he expected to find out about the vacant Essendon position by the end of next week. 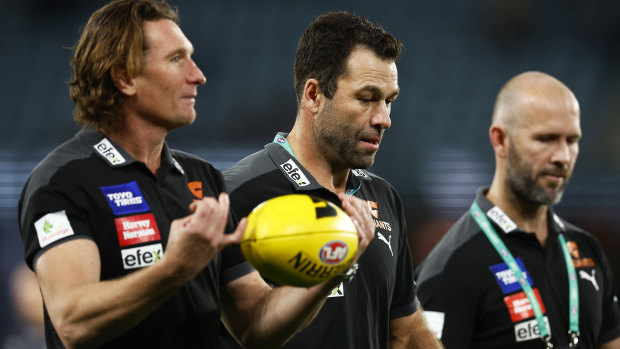 Melbourne assistant Adem Yze is reportedly favoured to get the job after being invited for a second interview, while former North Melbourne coach Brad Scott is considering whether to put his hand up for the role.

“I’ve spent a lot of the last 12 months working in football and basically dedicating myself back to the game, back coaching, back watching the job, back training, spending time overseas with some of the greatest coaches in the world.

“So if I get the opportunity, it would be amazing. Redemption is a big thing, but for me I just love the Essendon Football Club, it’s been part of my life forever and I think I can make it better.”

Hird was brought in to be an assistant under Mark McVeigh, who acted at GWS interim coach following the departure of Leon Cameron from the Giants. 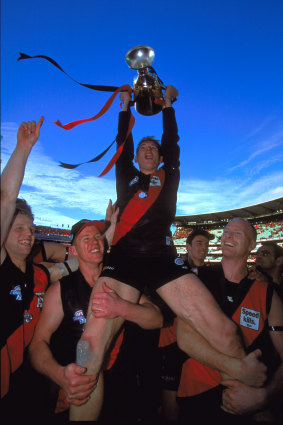 Hird worked there alongside another former teammate Dean Solomon, who has also interviewed for the Essendon job.

Essendon sources have told The Age that Hird and Solomon could come as a package deal, with one likely to join as an assistant if the other is hired as senior coach.

Hird said the coaching panel asked him to address four issues; why he is interested, what his vision for the club is, his plan to achieve that and his view on Essendon’s list.

“For me, to be 100% honest, it was just great to do the interview. Maybe it was closure, but if I do get the job or I don’t get the job, then that’s a full stop on a saga that’s been pretty ordinary for all of us.”

Hird was interviewed by Geelong cult hero Billy Brownless on stage alongside former North Melbourne champion Wayne Carey, who asked Hird why he’d put his hand up to coach again, given the recent turmoil he’s been through.

“Courage in life is actually having a go at things, no matter if you get them or you don’t”

“Because I actually really like coaching and I think I’m actually not bad at it. I know that’s egotistical to say that,” Hird said.

“The Essendon Football Club to me, I grew up with it, my grandfather, my father, it was part of who I was and I’ve left it in a place that is unfinished and I genuinely think I can make it better.

The Age offered Hird the opportunity to be interviewed privately but he politely declined.

Carey, who stood aside from his media roles (including at The Age) during an investigation into his ejection from Perth’s Crown Casino, did not speak about that incident.