Is he Eddie the evil genius… or Jones the busted flush? England’s coach must get his risky selection calls right against Ireland in Six Nations clash

After landing a sloppy kiss on the face of his dog, Annie, Eddie Jones hopped in a luxury Mercedes from Pennyhill Park to Twickenham.

He may as well have walked in on a tightrope.

Beat Ireland and harmony will be restored for another week. Lose and the ‘Jones Out’ narratives will gather pace. Such is the boom or bust atmosphere that surrounds the volatile coach. 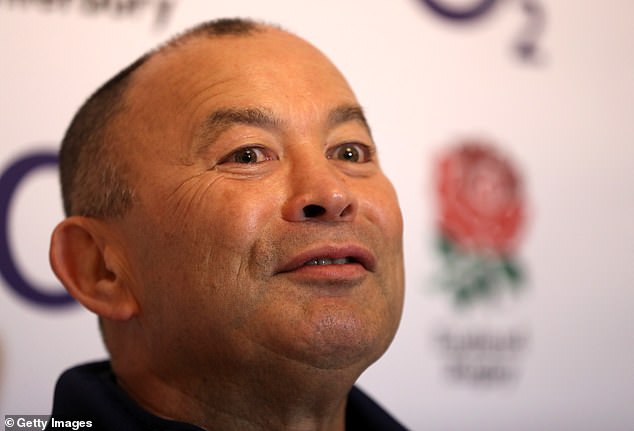 Jones has done nothing to turn down the volume this week.

In a typical build-up week to an international match, Jones speaks publicly only once, on the day of the team announcement. This time around, ahead of this crucial Six Nations clash, Jones has spoken five times. He has hardly given off an air of serenity.

Most of his week was spent batting off reasonable questions with short, dismissive answers. 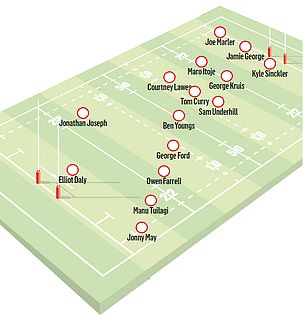 Then he lost his run up when, unexpectedly, he was asked about the death of Caroline Flack — and moments later he dished out an accusation of racism that made the headlines.

Perhaps that is exactly how Jones wants it.

He talked about his players being ‘uncomfortably excited’ to return to play at Twickenham, so maybe he has been going out of his way to create that so-called edge.

‘If you use the rollercoaster analogy, you’re sitting at the top of a hill, you’re excited but you’re also anxious, a bit uncomfortable, you’re not quite sure,’ Jones said.

On paper, England are the most settled team in the competition. They are the only team not to have appointed a coach or captain after last autumn’s World Cup in Japan. Sunday’s opponents, Ireland, have both, in Andy Farrell and Johnny Sexton. 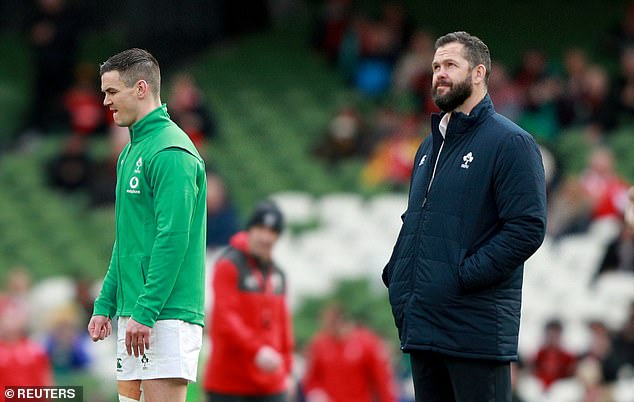 But the reality feels anything but settled. Perhaps it is all part of Eddie’s masterplan. Jones the Evil Genius? Or Jones the Busted Flush?

The result, to a large extent, will answer that question.

But many England supporters have already made up their mind. When the team for Sunday’s game was announced on England’s social media channels, the replies were largely critical of Jones’ selections. Three players — Courtney Lawes, Jonathan Joseph and Tom Curry — were selected out of position. Or that number could be five, if you include Manu Tuilagi and Owen Farrell. 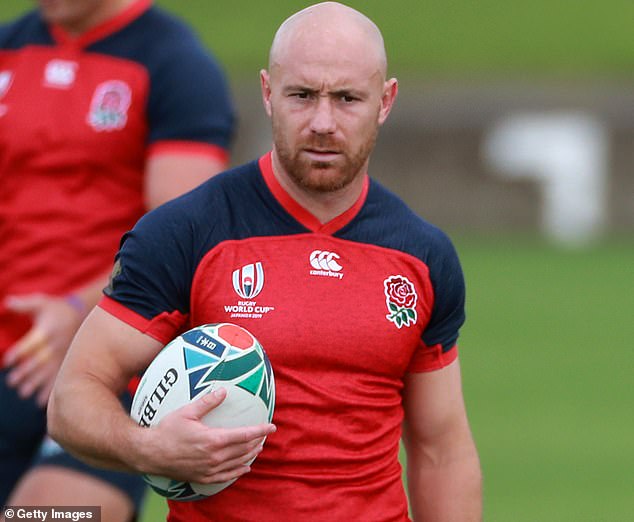 ‘Is this selection a cry for help?’ one Twitter user asked. ‘Totally lost the plot,’ said another. ‘Bring back Danny Care,’ someone suggested, although they also claimed to be from Narnia.

Many of Jones’s critics appear to have have already forgotten his achievements with England in Japan last year. But another defeat at Twickenham will leave the Australian facing some difficult questions.

Why is he picking a 33-year-old scrum-half? Why is he handing a first start on the wing to a 50-cap centre? Why, in the enforced absence of Billy Vunipola, is he so reluctant to blood a new No 8? 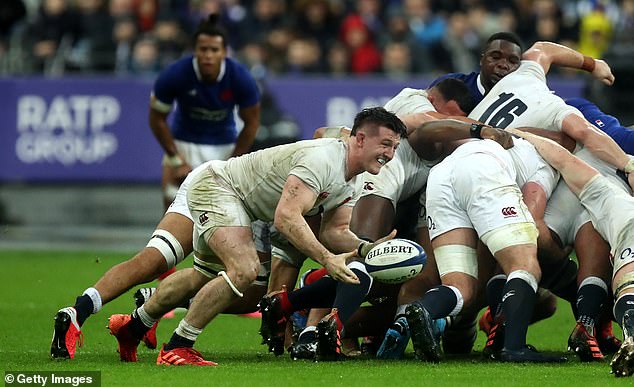 In the absence of Billy Vunipola, Tom Curry has filled in as No 8 with mixed results so far

The immunity offered by reaching the World Cup final will only last so long for Jones.

During Jones’s first four years in charge of England, there was a clear vision towards the 2019 World Cup. It was so nearly executed to perfection, but he fell just short in the final defeat by South Africa in Yokohama.

Jones’s contract with the RFU expires next year, so there is a lack of clarity about where the team are heading. The jury is out on whether the coach’s methods will prove any more successful in 2023, but Jones remains defiant that he is building a solid core in his team.

‘I think it is something evolving nicely with this team,’ he said. ‘I think it’s a slow-burn leadership. I look at the All Blacks and it took them eight years to find their leadership balance. We are in our fifth year now. It takes time.’

The problem is that neither Jones, nor his players, know if he will be here for eight years. South African Rassie Erasmus has been linked with the position; the RFU has a responsibility to provide clarity for coach and players alike.

If England lose, Jones’s Six Nations campaign will be deemed a failure and contract talks will be put on hold. Taxi for Eddie?

Yet on the other side of the tightrope, a victory will have England challenging for the title — and Jones will be laughing all the way back to Pennyhill Park.

Tags: Eddie, evil, genius..., he, is, THE
You may also like
Latest Posts