A disappointed Cody Walker praised Tyrone Peachey for refusing to keep quiet about an alleged racist slur and said: "I just can't believe we're still having this conversation in 2020.''

Walker is a proud Indigenous man at the NRL club with the proudest Indigenous history. South Sydney meet Newcastle on Sunday and their forward Mitch Barnett, the man accused of calling Peachey a black c–t''. 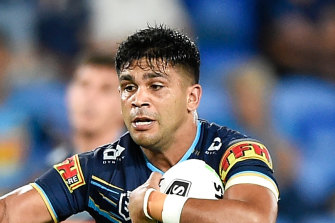 "I heard over the weekend there were a number of different incidents across community rugby league grand finals that had racism in the crowds.

"It's just not on. I just can't believe we're still having this conversation in 2020.

"There's no place in the game for racism and in sport, let alone society. It's quite disappointing.

"It's going to be hard to eliminate it. I feel like we take two or three steps forward, then these things pop up. We knock it on the head straight away, there's education, making sure how that player feels about the racism … it's not a good feeling for anyone. 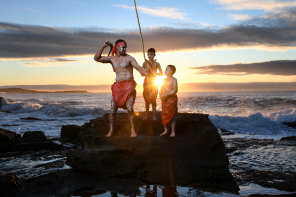 "The way we get rid of it is to keep calling it out and knocking it on the head.''

As Barnett maintained his innocence, Peachey took to social media on Wednesday and posted: "The NRL have come to the conclusion no action can be taken against Barnett due to lack of evidence and it’s my word against his. 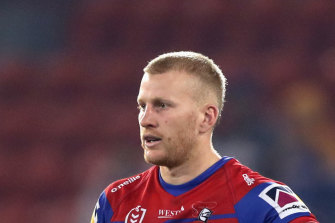 "Let me reiterate, I know exactly what I heard and stand by my statement. I'm disappointed due to this outcome and how it has portrayed me.

"I was never after anyone's sympathy or pity. I was just trying to stand for what I believe in and to educate people that backhanded racial remarks should not be tolerated in today's society.'' 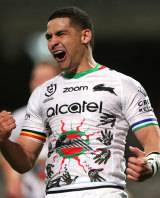 Walker said he had reached out to Peachey: "I messaged Tyrone to make sure he knew he had the full support of the [Indigenous] playing group.

"I admire his courage for speaking out about these things. I understand it could be difficult – I'm so proud of him for standing up to this type of [alleged] behaviour.''

Souths star Latrell Mitchell has regularly called out racist comments on his social media platforms. He told News Corp earlier this year the personal abuse became so vile he considered walking away from the game.

There will be plenty of feeling when Barnett faces a few of the Souths players in the early exchanges during their elimination final at ANZ Stadium. Souths are brimming with confidence after their 60-8 hammering of the Roosters with Walker producing what Peter Sterling could only hail as a ''10 out of 10 performance''.

Preston Campbell, like Walker, did not want to comment on the specifics of the Peachey case, but the man who inspired the Indigenous All Stars concept said earlier this week: "A lot of people out there are like Tyrone but don't have that confidence, don't have that platform to voice how they feel about it.

Tags: 'It's, fru, just, not, on, Walker
You may also like
Latest Posts