Heavy is the head that wears the crown, but what if you are Peter V’landys? Can you wear two crowns? Or get a second head?

Even for a workaholic like The Great PVL, there aren’t enough hours in the day to be Racing NSW chief executive and a hands-on ARL Commission chairman – and the three-way impasse between the NRL, clubs and players suggests it’s time for him to choose.

V’landys and NRL chief executive Andrew Abdo have cancelled their trip to the UK for the final two weeks of the World Cup because Rome is burning. Things must be dire if a junket has been scrapped.

Fed-up clubs don’t just want to know the value of the salary cap from next year; they want $5 million on top of it in annual funding or something vaguely in line with an MOU signed in 2016 by everyone’s favourite punching bag, former chair John Grant.

The players, represented by the Rugby League Players Association, want their collective bargaining agreement sorted, too, after the NRL’s well-paid consultant, former Channel Nine chief executive Hugh Marks, failed to make much headway after his much-vaunted appointment in February.

If V’landys and Abdo had flown to Manchester for the World Cup, you can bet the high fives and shakas from Kangaroos players would have been frosty, such is the growing dissatisfaction over the CBA stalemate. 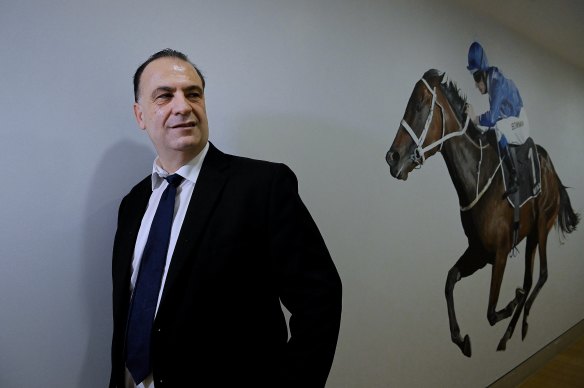 As for the poor old fans, we just want a 2023 draw so we can plan our wretched, rugby league-obsessed lives. We know what’s not coming (the godforsaken US match that’s been proposed for the past 20 years) and we know what could be coming (a pre-season comp — I know: ground-breaking) but we’re none the wiser about who plays where next year.

So why is it taking so long? Why are we gibbering about CBAs and RLPAs and PVLs in November when we should be worrying about cricket and golf and the FIFA World Cup and NFL fantasy football teams?

There’s a strong belief among all factions that this imbroglio could have been avoided if V’landys had got his hands dirty earlier than the second week of November, after the spring racing carnival concluded.

As one club boss said to me: “He should’ve locked himself in a room with both the players and clubs, and it would’ve been sorted in a week.”

V’landys defends Abdo like a son, which doesn’t surprise because he appointed him after moving Todd Greenberg off the chessboard. He also rejected the notion that he can’t wear two crowns when I put it to him on Monday.

“I put as much into rugby league as I possibly can,” V’landys said. “I get up at 4am and send emails. It’s not the time. You have to have faith in the people that are there. I have faith in Andrew. I’ll get involved now. That’s why I cancelled the trip. Andrew has got it to a point where they accept it or they don’t.”

Nevertheless, there’s a clear problem with the power dynamic at the top of rugby league that will become trickier as the years go on.

V’landys doesn’t play the traditional role of a chairman who delegates to his chief executive. He operates like a pseudo-executive chair, especially when it comes to negotiation.

When stakeholders don’t get what they want off Abdo, it’s only natural they seek out V’landys. When they see Abdo and other commissioners clinking glasses at Royal Randwick on Melbourne Cup Day — November 1, the start of the rugby league financial year — it’s little wonder they get their noses our joint.

“That’s unfair on Andrew, who is one of the most brilliant commercial operators I’ve seen,” V’landys said. “I have every faith in him. I see where you’re coming from. That’s the perception, but it’s not the reality. Andrew is a very good operator. I take his advice. He’s at the coalface, trying to run the place responsibly … If I had a business, I’d want Abdo running it.”

As a business, rugby league has endured a tough year, no matter how V’landys and Abdo want to swing it.

V’landys lost a public brawl with NSW Premier Dominic Perrottet over $800 million of funding that had been allocated for Accor Stadium.

The AFL’s $4.5-billion broadcast deal announced earlier this year dwarfs the one the NRL struck between Foxtel and Nine (publisher of this masthead) during the pandemic. The difference between the two remains unclear because the NRL hasn’t revealed to the clubs nor the RLPA how much the Foxtel deal is worth.

Regardless, V’landys argues the game can make up that discrepancy in the next broadcast deal, which sounds like banking hope instead of actual dollars.

There have been other air swings: the ongoing and expensive legal battle with the NSWRL over “corporate governance”; deferring Penrith winger Taylan May’s two-match suspension for off-field misconduct; The Bunker.

This column isn’t naïve to the fact that the more things change, the more they truly stay the same.

Every five years or so, the clubs and players go to war over funding and how it’s distributed. You know it’s time to put up the Christmas tree when a breakaway competition is floated.

You can speak to all concerned and get several versions of the facts. For example, Abdo insisted when contacted on Monday there had been “full disclosure of the game’s financial situation, including the TV deal” to the clubs, including the Foxtel deal. 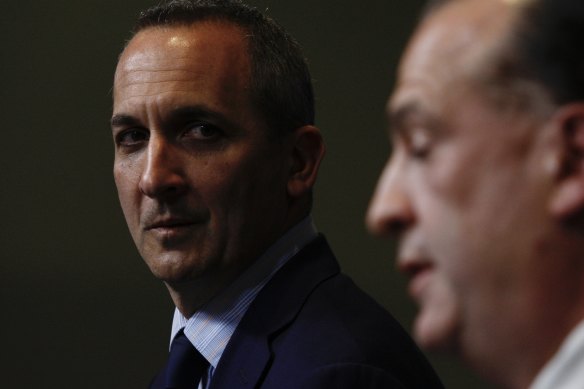 The working group appointed by the clubs to negotiate club funding said this was not the case. Nor had head office, it said, outlined how much was made from Magic Round, State of Origin and the grand final.

As for the players, V’landys says the RLPA has provided “24 to 26 pages of demands” and the NRL “just won’t roll over”. RLPA chief executive Clint Newton was travelling to the UK and could not be reached for comment.

What about Marks, who suggested upon his appointment in February that a new agreement could be struck by Origin but left at the end of September with a deal still not reached?

“He’s done a good job,” V’landys said. “Hugh listened to all their requests, their demands, summarised it all up, but whatever the commission gives is what the commission gives. He’s got it to a point where we are the ones who have to make a decision.”

Good. Now that the last at Randwick is over, maybe one can finally be made.