Johnny Sexton says Ireland intend to sign off for the summer with their ‘best performance of the season’, as they seek to claim a landmark series win in New Zealand.

The Irish rewrote the record books with last weekend’s maiden away victory over the All Blacks and are now aiming to make more history on Saturday morning in Wellington.

Skipper Sexton celebrated his 37th birthday on Monday and is poised to move level with Paul O’Connell as his country’s fifth most-capped player by making his 108th Test appearance. 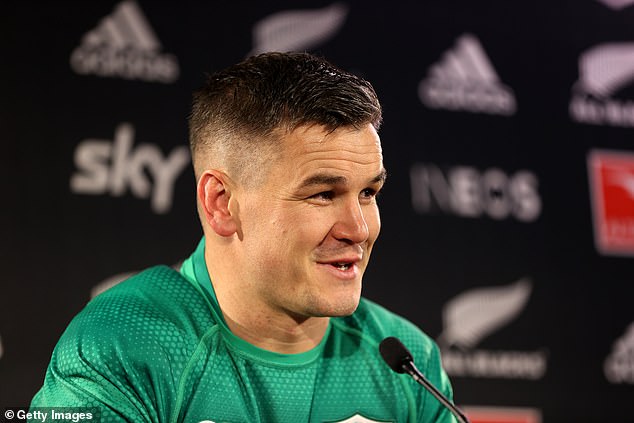 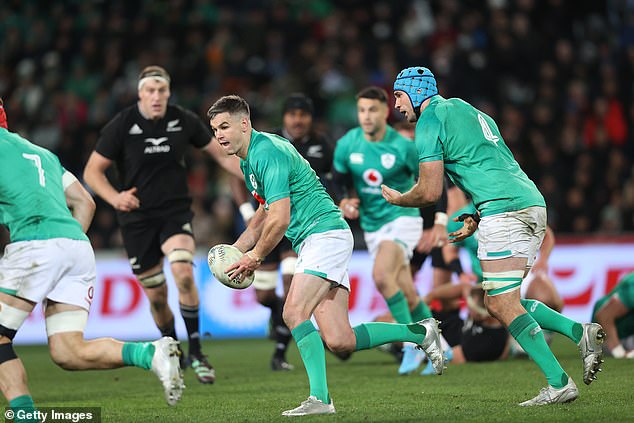 Ireland will leapfrog France to the top of the world rankings with a win at Sky Stadium — although the Kiwis have not lost a home series since 1994.

‘The group are in good spirits, gearing up for a massive game,’ said the fly-half. ‘We’re really looking forward to it. It’s a great place to be: creating a little bit of history last week but now we’ve got a chance to do something a little bit bigger and a little bit more special.

‘All the boys are just concentrating on getting our best performance of the season out there and see where that leaves us.’ 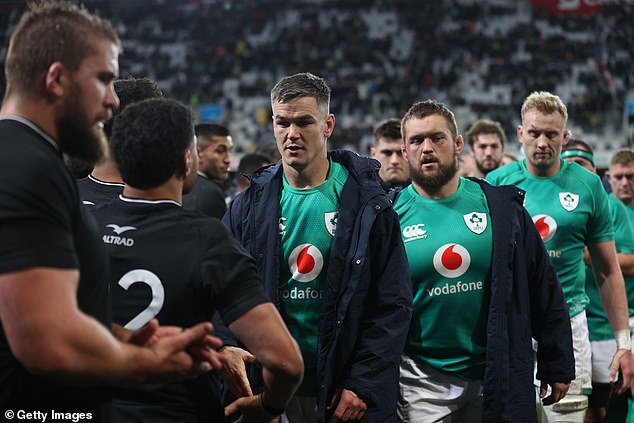 Ireland won 23-12 in Dunedin last Saturday to cancel out a 42-19 drubbing in the Auckland opener. Sexton, who needs six more points to reach 1,000 in the green jersey, hopes to lead another performance worthy of making the country proud.

‘It’s something we speak about all the time, the people back home watching, whether it’s family, friends,’ he said.

‘But also the whole country will be up in the morning watching and it doesn’t go unnoticed. Hopefully we can do them proud.’