He spent his share of time as New Zealand’s public enemy no.1 but former Australian Rugby Union boss John O’Neill has emerged as an unlikely ally of the Kiwis in the debate about Australia’s domestic future.

Rugby Australia chairman Hamish McLennan stirred tension in trans-Tasman relations last week when he announced Australia would review its involvement with New Zealand in Super Rugby from 2024, and potentially go it alone in a domestic competition. McLennan followed up by slamming the New Zealand Rugby as bad partners, and continued on Wednesday by saying Australia could comfortably add “three to five teams” and start a domestic competition.

McLennan said his bullish stance is simply about exploring what’s best for Australian rugby before the 2027 Rugby World Cup. But O’Neill, who was also frequently at loggerheads with New Zealand Rugby, said while he is supportive of McLennan striving to get a better financial deal, he warned against cutting off the Kiwis.

“The success or otherwise of rugby in both Australia and New Zealand is intrinsically and inevitably optimised by being joined at the hip,” O’Neill told the Herald.

“There has always been argy-bargy over money. But inevitably the brinkmanship results in a reasonable outcome. Also, the international component of rugby is a real point of difference for rugby, so why give it away? Super Rugby Pacific was good. Now just bring in a Japanese team.”

O’Neill became a deeply unpopular figure in New Zealand after they lost co-hosting rights of the 2003 Rugby World Cup. But the long-time ARU boss said Australian rugby had actually benefited from regular competition against Kiwi provinces, dating back to the South Pacific Championship in the mid-1980s. That competition grew into the Super 6, Super 10 and then Super Rugby in the professional era. 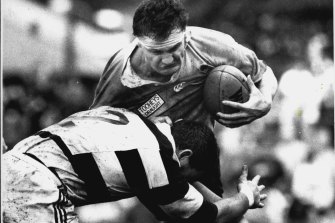 “Australia rugby genuinely owes New Zealand for helping to revive the game here from the doldrums of the ’70s,” O’Neill said.

Wallabies coach Dave Rennie said continuing in a trans-Tasman competition would be preferable for player performance outcomes. But speaking on SEN radio, McLennan claimed ratings of trans-Tasman games were not as strong as Australian derbies. 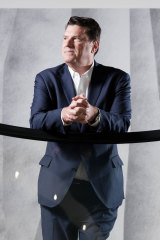 “We need to look at the money, the ratings and sit down with our broadcast partner and then we’ll make a decision. But if we go with only a domestic only competition … we’ll be in a position where we can create more top-tier clubs and have more people playing the game, versus playing New Zealand who are obviously some of the world’s best players.”

By retaining players who move overseas, McLennan believes Australia would have the depth to fill up to 10 teams in a new domestic competition. That’s a view at odds with numerous figures who say Australia doesn’t even have enough depth for five.

“We’ve got five obviously professional clubs at the moment, you need another three to five on top of that, to sort of successfully launch it, so you know, it’s not that big an ask really” McLennan said.

“And I actually think the standard will be really good. And don’t forget when we play in New Zealand at a Test level, you really only need to get 15 guys on the paddock in any given time.

“So if we’ve got an expanded competition that’s performing well, we’re confident that with our high-performance structures that we’re putting in, we’ll be able to make it work.”

Watch every match of the July Test Series on the Home of Rugby, Stan Sport. Kicks off Saturday 2 July with Wallabies v England, New Zealand v Ireland, South Africa v Wales and Argentina v Scotland. All streaming ad-free, live and on demand only on Stan Sport.