Kruise Leeming counts himself lucky. ‘My dad wanted to call me ‘Anchor’, so I’m glad he didn’t,’ laughs the Leeds Rhinos captain when explaining the origins of his first name.

‘He worked as a casino croupier on a cruise ship with my mum. That’s where they met and that’s where I was conceived, so they wanted to name me something to do with the ship.’

Leeming was born back on dry land in Eswatini – formerly Swaziland – in Southern Africa, his mother Khabo’s home country where he lived until he was three. He then moved with his family to Halifax, the hometown of his father Martin, but his new life in England soon took a tragic turn. 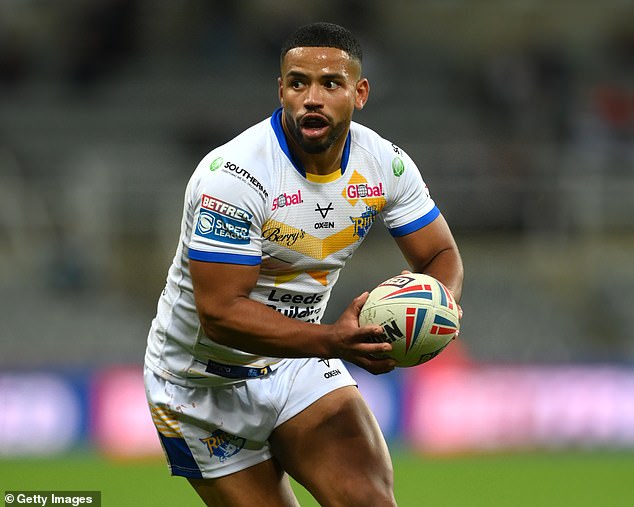 ‘When I was eight, my dad died of throat cancer at 40-years-old,’ Leeming tells Sportsmail. ‘We were best mates and it hit me really hard.’

Leeming, 27, never played rugby with his dad as a child, preferring golf. And it was actually while hitting a wedge shot that the course of his life would change for good.

‘I used to practise my shots at the Siddal rugby field every couple of days, trying to hit the ball through the posts,’ recalls Leeming.

‘One day, the groundsman caught me and said, ‘You can’t be practising on this field, you are ripping up all of the turf’. I pleaded with him and eventually he said, ‘I will do you a deal, you can practise on here as long as you come and train with us’.

‘So on Saturday morning I went and trained and that was it. I loved it and never looked back.’

Just six years after his confrontation with an angry groundsman, Leeming made his Super League debut for Huddersfield Giants aged 17, scoring a try with his second touch. 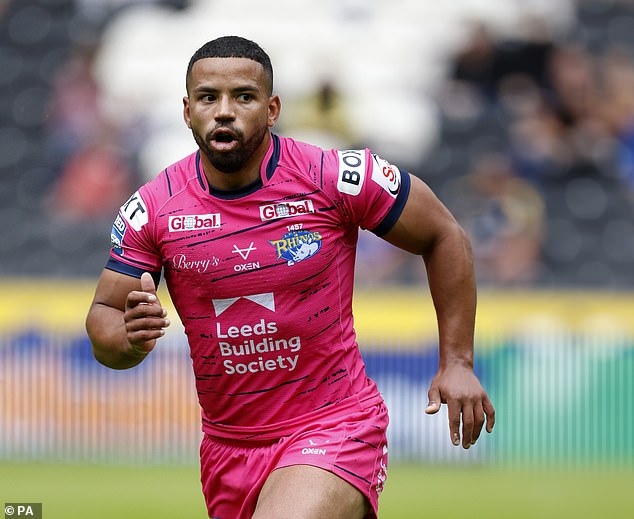 He joined Leeds Rhinos at the end of 2019, winning the Challenge Cup with them in 2020 and making his England debut the following year.

‘My mum still doesn’t know what is going on, she still thinks I play down at Siddal!’ grins Leeming. ‘Sometimes she says, ‘Wow, what about all of those people that were there’ and I’m like, ‘Yeah, Mum, it is a professional game’. But she is immensely proud of me.’

Another source of pride came at the start of this year when Leeming was named Rhinos captain. It is an armband still synonymous with Kevin Sinfield, who led Leeds to seven Super League titles and actually brought the hooker to Headingley when he was director of rugby. 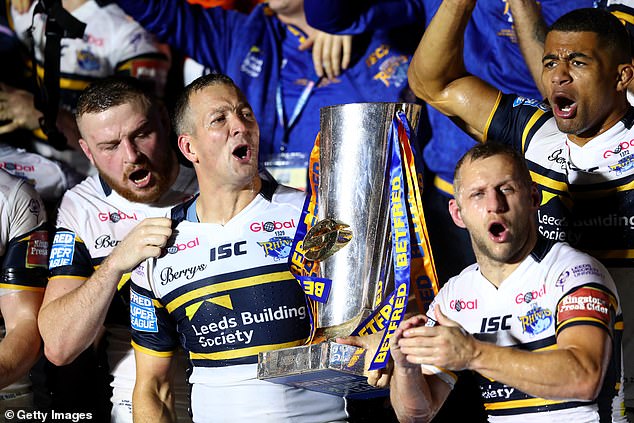 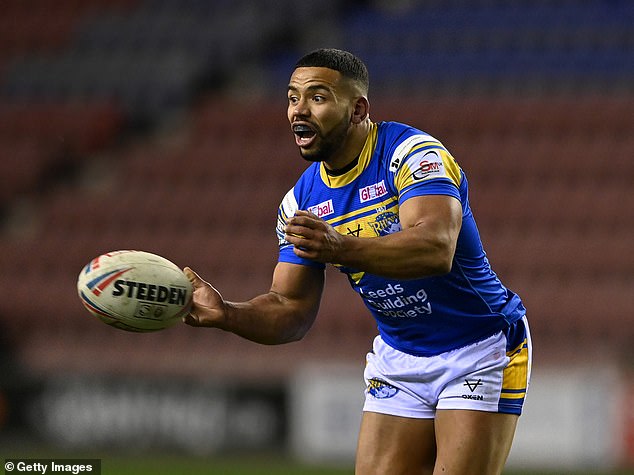 Leeming, who moved to the UK when he was three-years-old from Swaziland, is also hoping to earn himself a place in England’s World Cup squad

‘I still speak to Kev. He got in touch and congratulated me when I was made captain, which was really nice of him,’ says Leeming, who now skippers Sinfield’s 17-year-old son Jack. ‘In terms of leadership, he was the best, so the more I can pick his brains, it can only be good for me.’

Sinfield’s legacy is there for all to see in Headingley’s ‘heritage’ tunnel, where Leeming poses for pictures. The corridor is adorned with images of Leeds’ Golden Generation, which includes Rob Burrow, whose battle with motor neurone disease is never far from the thoughts of the current class.

‘He is a massive inspiration for us as players,’ admits Leeming. ‘He is one of our biggest fans and is always in our hearts when we take the field.

‘We know we are walking on the shoulders of giants. It’s important for players to remember the history of a club and what the people before them have achieved. We want to impress that Golden Generation and Rob is a massive part of that.’

The Rhinos have not won the Super League title since Burrow bowed out with an eighth Grand Final victory in 2017. But the club are now just two wins away from a record-equalling ninth crown, with old rivals Wigan standing in their way of Old Trafford.

Few would have predicted Leeds would reach the play-off semi-finals given they won only one of their first nine games. But their form has transformed under Aussie coach Rohan Smith, who took charge in May and led them to fifth in the table. It is a position they have won the Grand Final from twice before – in 2011 and 2012.

‘We are the only club to have won it from fifth and that is something we will be looking to use in our favour,’ says Leeming. ‘Obviously history doesn’t play games for you, but it is just nice to know it is doable. Anything less than silverware at the end of the season is a failure for a club like Leeds Rhinos.’

Leeming’s end-of-season ambitions also extend to earning a place in England’s squad for next month’s home World Cup. He has even postponed his wedding in Bordeaux by a year in the hope of gaining selection.

‘How good would it be for a young lad from Swaziland to play in England for England in a World Cup?’ adds Leeming. ‘I can’t imagine how proud my family would be.’