It might be 71 years since the Lions took the field without an Englishman starting but there should be no worries for those touring in 2021 that they will be over looked in South Africa.

Selecting his first team of the year, for the Japan game in Edinburgh this Saturday, Warren Gatland played to the gallery by handing four Scots a start, the most for the Lions in one go since 2009.

But amid the Celts — six Irish and five Welsh — there was not a single man from Eddie Jones’ team. Four of them made the bench, though, with Anthony Watson and Courtney Lawes, who have been in Jersey since the Lions arrived on June 13, joined by Saracens pair Jamie George and Owen Farrell. 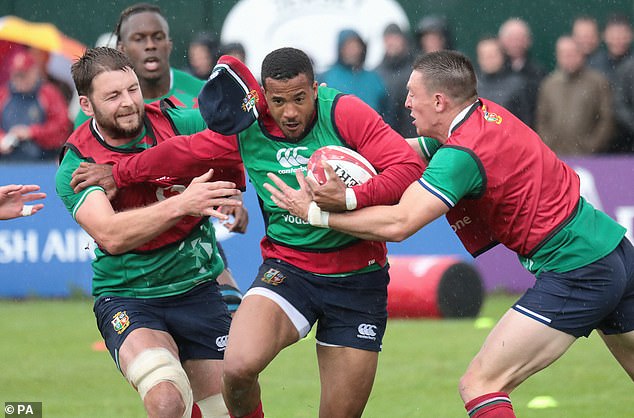 And if there was any doubt around the English contingent — and the 12 of them are more than any other nation — Gatland put that to bed.

So keen is he to involve the Saracens core that he picked two of them for Saturday’s match on the strength of one 7am altitude training session yesterday, after they had arrived on Monday having sealed promotion back to the Premiership, and he explained just how influential Farrell is already.

‘I asked the players all to vote and pick four for the leadership group,’ head coach Gatland explained. ‘It was interesting that he ended up with the most votes out of anyone. ‘It speaks volumes for the respect in which he’s held by the other players in the group — not just the England players.

‘Knowing him as a competitor he’ll go out and make the most of his opportunities and I expect him to have a great tour. I’ve spoken to Owen and the chat was that it wasn’t the greatest Six Nations (from him) but we picked him on the leadership he has and experience he can bring. The success he has had speaks for itself.’ 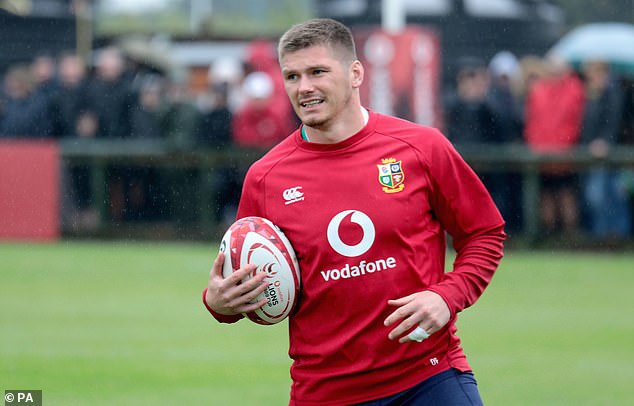 Farrell and the other four Sarries — Maro Itoje, Mako Vunipola and Elliot Daly are not involved on Saturday — all trained again with the other Lions in the pelting rain at Jersey Reds RFC yesterday afternoon.

‘They fitted in extremely well,’ added Gatland. ‘They’re all Lions players from the last tour so it was pretty seamless. The proof will be when they play. A lot was made of the Six Nations and them looking under-done, it’s probably a fair enough criticism. If anyone is a little short we feel we can get them up to speed.’

Having dealt with those on the bench, Gatland ran through his first choices to represent the 2021 Lions.

The only Scots available — Stuart Hogg is still at Exeter preparing for the Premiership final — who are not involved against Japan are Finn Russell, who has a minor ankle complaint, and centre Chris Harris. Gatland was keen to see Bundee Aki and Robbie Henshaw instead, the Irish centre pairing who first played together at Connacht. 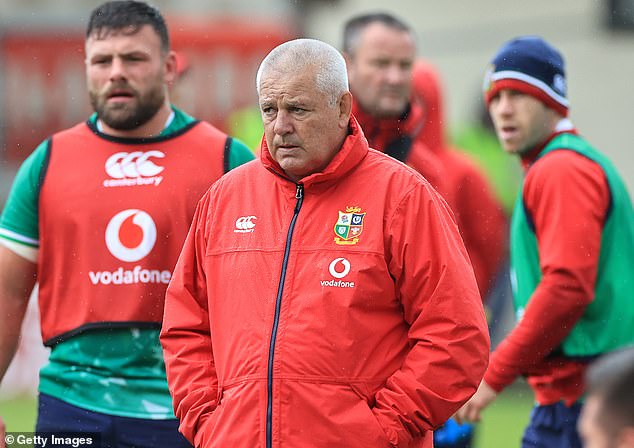 ‘They are great mates, so that helps,’ he said. ‘We know Bundee is capable of getting the ball across the gain line, but he’s got a lot more than just that to offer. Robbie was the outstanding midfielder in the Six Nations. We are expecting real quality rugby out of those two.’

Another couple of ready-made combinations are Josh Adams and Liam Williams in the back three, Six Nations champions both with Wales, and Scots props Rory Sutherland and Zander Fagerson. And while different nationalities Conor Murray and Dan Biggar at half-back look a fine fit Gatland is keen to keep an open mind when it comes to Test selections.

‘You want to create a combination or a connection as quickly as you possibly can, so it’s not just you who plays well but the guys inside and outside you play well,’ he said. ‘If that happens, it has an impact on the coaching staff. I’m sure that both Conor and Dan are very aware they get the first chance to go out and impress. ‘We are not fixed in our thoughts about the Test side at the moment. 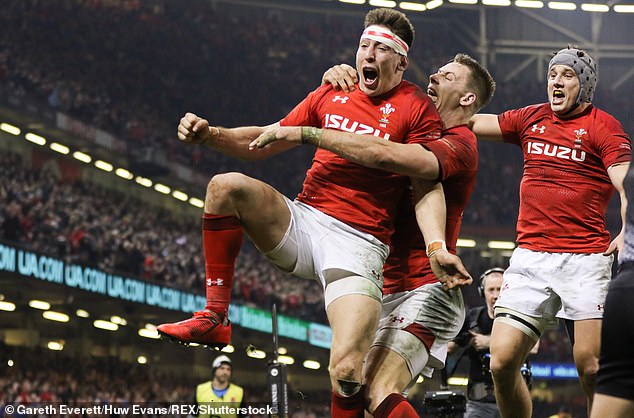 ‘It’s trying to be clear in our thoughts but also not being closed off to the possibilities. Everyone is going to get their chance. Someone is going to come through that a lot of people might not expect. That’s the exciting part.’

With a capacity of 16,500 in Edinburgh, Gatland wants to kick off his latest crusade with a bang against Japan.

‘We know we’re going to be a little bit rusty,’ he said. ‘We’ve spoken about getting this tour off to the right start so they’ve got a chance to really impress.

‘It seems to have taken for ever in terms of getting the team announced and now the squad is together. Hopefully the rugby is going to do the talking.’

THREE WHO COULD PLAY THEIR WAY INTO TEST CONTENTION

South African[1]born winger, who weighs 16st 10lb and stands at 6ft 4in, should provide the Lions with gain[1]line busting ability on the left wing. He has scored eight tries in 10 Tests for Scotland.

Gatland’s verdict: ‘Duhan offers something different. He was top try-scorer in the Six Nations, he’s big for a winger at 110kg so he may get some go-forward but it’s not just the power in taking the ball forward — he’s also got some great footwork, is quick and has that ability to score tries.’

Comfortable at lock or blind[1]side, the Munster man is a menace at the breakdown, and strong in the lineout. He terrorised England playing for Ireland in the Six Nations and could help counter a big Springbok pack.

Gatland’s verdict: ‘His ability at the breakdown, and turnovers, and the amount of turnovers he creates in a game is pretty special. Those sorts of things can change a game and you need players like that to be able to have an impact in a match —he’s able to do that. And hopefully at the weekend, he gets a chance to demonstrate some of those abilities.’

Ox of a loose[1]head prop, but plagued by injuries in his career. He has not played since hurting his shoulder in the Six Nations finale for Scotland against France, but is now back fit.

Gatland’s verdict: ‘He loves being in the gym and we know how powerful and strong he is. We’re not too worried about his fitness, we just want him to go out there and do his job. We were impressed with the way the Scottish scrum operated during the Six Nations. Rory is incredibly explosive and powerful, and had a good Six Nations.’

Tags: 'No, boss, DOUB, Gatland, has, Lions
You may also like
Latest Posts