England fly-half Marcus Smith will miss the Gallagher Premiership clash between his Harlequins side and Northampton Saints at Twickenham tomorrow after testing positive for Covid-19.

He would have had another chance to impress Red Rose head coach Jones on the big stage as Harlequins have sold more than 70,000 tickets for their ‘Big Game’ clash with Saints. 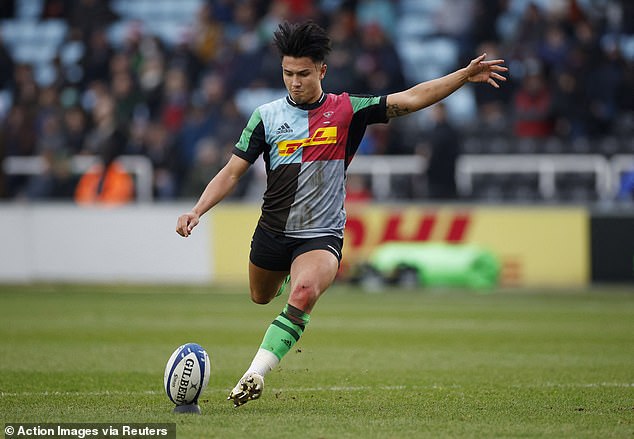 But the 22-year-old playmaker and his team-mate James Chisholm have both been ruled out of the game.w

The pair tested positive for Covid-19 via a PCR test earlier this week.

Will Edwards steps in for Smith in the Harlequins No 10 jersey against Northampton. 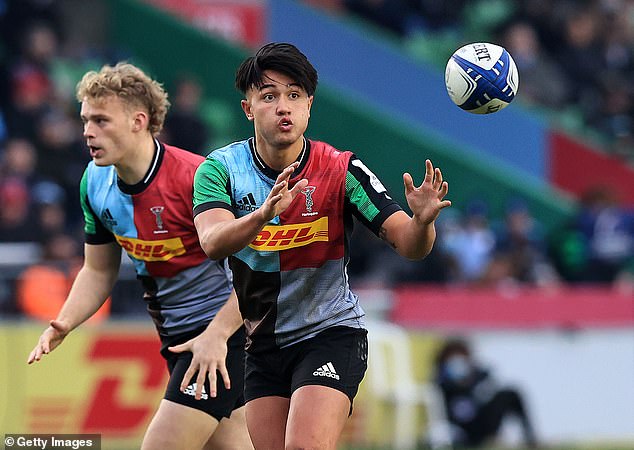 A Harlequins statement read: ‘Due to health and welfare regulations, all players must observe a clear graded return to match intensity fitness following a positive Covid-19 result.

‘Unfortunately, there was not enough time for either player to pass through these protocols before Big Game 13 and they are therefore unavailable for selection for this fixture.

‘Both are expected to be fit for the Gallagher Premiership fixture away to Gloucester on January 2.’