Mark McCall celebrated Saracens’ return to the Gallagher Premiership after Ealing were condemned to another heavy defeat.

The second leg of the Greene King IPA Championship final at StoneX Stadium saw Saracens emerge 57-15 winners, their aggregate score of 117-15 sending them back into the English top flight at a stampede.

It marked the end of a troubled period after the north London club were relegated for repeated salary cap breaches.

“It feels good. It’s been a long 18-20 months and we’ve looked forward to this day. Now that it’s happened it’s great,” director of rugby McCall said.

“It’s good to get the job done. We were in crisis mode around November 2019 and anything could have happened to the club.

“But the unity and togetherness helped get us through. We get back into the Premiership with many of the same players who have stuck by us and showed faith in the club. 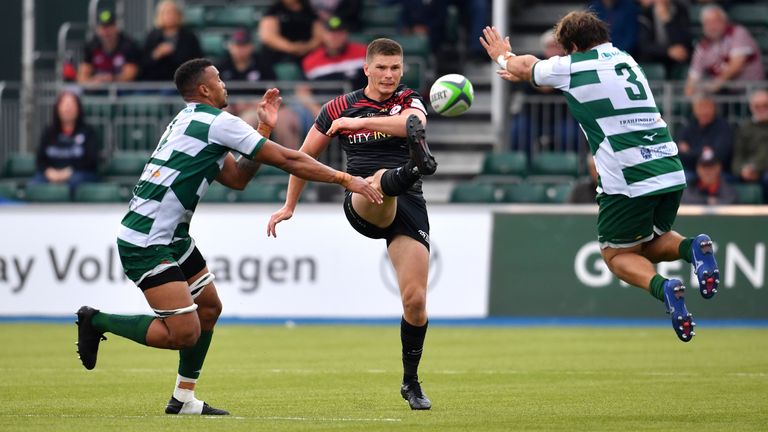 “The players have relished the challenge of getting the club back up. I’ve been especially thrilled with the way the international guys have performed and shown real commitment and desire to carry on with Sarries.”

Saracens’ five-strong British and Irish Lions contingent made telling contributions as Ealing were put to the sword, Mako Vunipola, Elliot Daly and Jamie George all running in tries.

The club will be expected to launch an immediate challenge for the Premiership title but McCall refused to make any bold predictions.

“Time will tell. We’re happy with the squad we’ve got for next season – the senior internationals stayed, the loan players have had really successful years away and are coming back better players than they were,” he said.

“We’ve had some young lads who have had more time than they would have had so those three things are powerful.

“Our Lions players aren’t going to be available for a good chunk at the start of next season and we know that’s going to be difficult to accommodate, but the proof will always be in the pudding.”