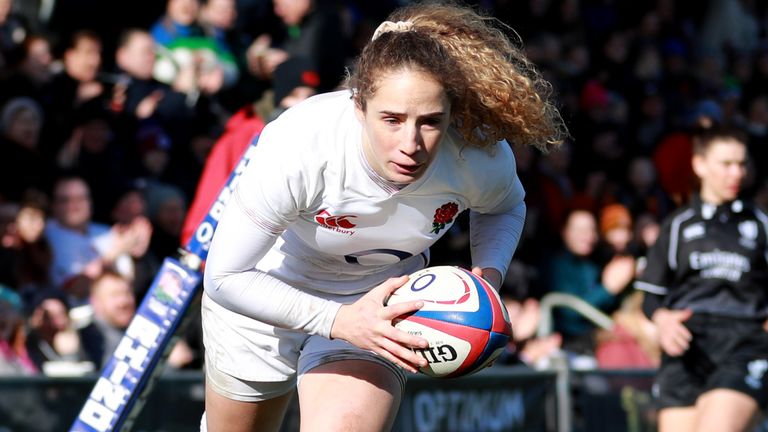 The win keeps Simon Middleton’s side on course for a second successive Grand Slam campaign.

The Red Roses next host Wales Women at the Twickenham Stoop on Saturday March 7, before travelling to play Italy a week later at the Stadio Plebiscito on March 15.

England followed up impressive victories over France and Scotland with this five-try win over Ireland, who themselves had been unbeaten in the tournament going into Sunday’s fixture. 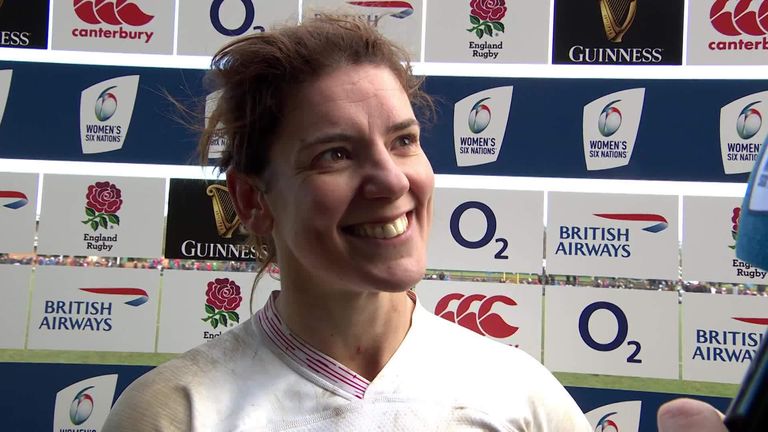 It was a 19th consecutive win on home soil for Middleton’s side, with the victory coming in front of 5,000 fans at a sold out Castle Park.

The rout started as early as the third minute, captain Hunter going over off the back of a scrum before a significant break in play due to an injury to Irish forward Lindsay Peat.

TRY ENG | England's @sarah_hunter8 goes over off the back of a five-metre scrum. @EmilyScarratt adds the conversion

The Red Roses were soon over again once the game restarted as Dow crossed in the corner, her fourth try in three games, with the ball being recycled by England’s three quarters out to the right wing.

A third try came in trademark fashion, Fleetwood dotting down off the back of a driving maul and the bonus-point was sealed before half time, with Breach over on the left wing to cross for a 22nd Test try for her country as England led 22-0 at the break.