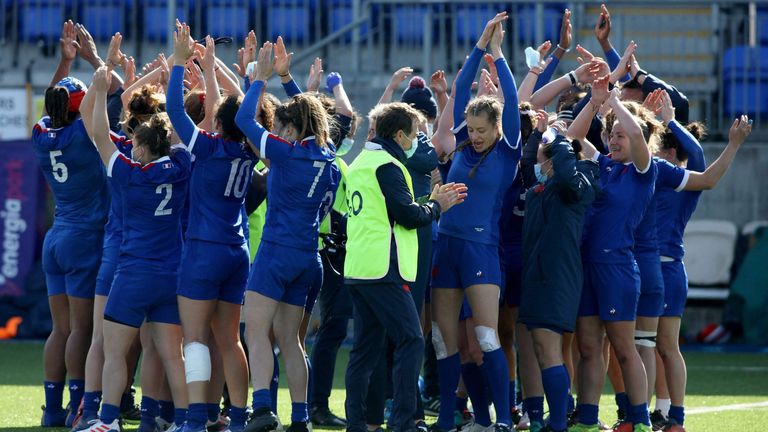 France set up a Women’s Six Nations final against England with a ferocious 56-15 victory over Ireland in Dublin.

A 45-0 victory over Wales last weekend boosted hopes that Ireland could progress from Group B as winners and face England in the final.

But France proved too strong in the end, with Caroline Boujard, Emilie Boulard, Safi N’Diaye and Cyrielle Banet all crossing in the first half, while the visitors were also awarded a penalty try.

Boujard and Banet touched down again after the interval, while Romane Menager grabbed a try midway through the second period. Ireland fought until the end and gained reward when Emma Hooban went over late on to add to Cliodhna Moloney’s earlier try, but they had to settle for a spot in next Saturday’s third-place play-off.