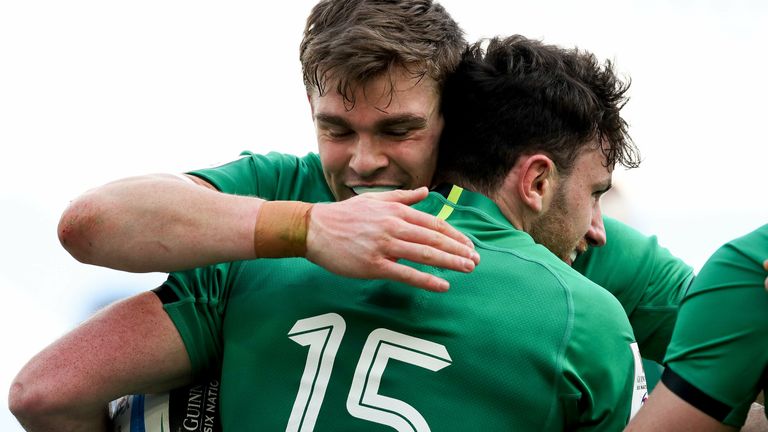 Ireland returned to winning ways in the Six Nations on Saturday as they crushed Italy 48-10 in Rome, registering six tries in a dominant display.

Ireland also had further Stander and James Lowe tries overturned by TMO Romain Poite – while a first-half Iain Henderson effort was not awarded.

Johan Meyer notched Italy’s only try on the day, with the Azzurri still without a Six Nations victory since the 2015 championship.

Four minutes into the contest in Rome, Italy hit the front off the tee from Paolo Garbisi, as the fly-half struck over from close range after Ireland had been penalised for failing to roll away.

Ireland responded straight from the kick-off as Sexton levelled matters with a penalty after Italy skipper Luca Bigi was pinged for offside.

Ireland lock Iain Henderson seemed to have scored a perfectly legitimate try soon after, but TMO Poite ruled a loss of control, despite replays clearly showing a score.

Within moments, the visitors did have their opening try as centre Ringrose crashed over the try-line, and when Sexton converted the lead was out to 10-3. Sexton stretched the advantage out to 10 points when he struck a penalty over from distance in the 18th minute, and just after the half-hour, Keenan notched Ireland’s second having collected a superb Ringrose offload to sprint in.

Italy had attacked within the Ireland 22 before that, turning down a potential shot at goal for a kick to the corner. But a Tadhg Beirne lineout steal and then scrum penalty won by loosehead Dave Kilcoyne allowed the away side to clear their lines. 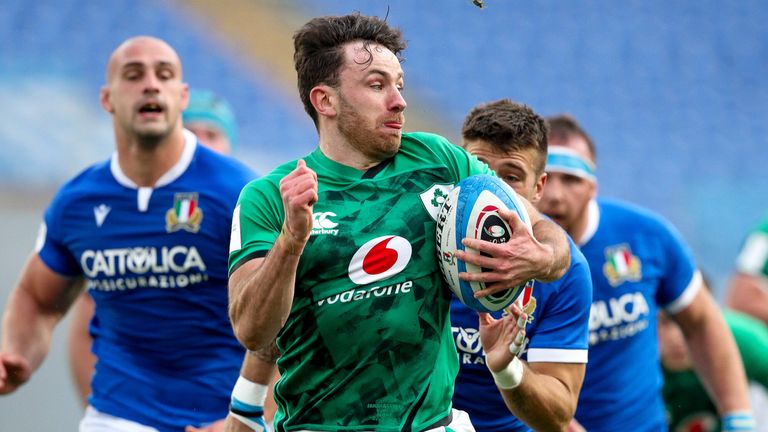 In the final play of the half, Italy got their first try as Meyer finished strongly after a fantastic Garbisi offload out of contact. The latter converted from out wide too to leave the half-time score 27-10 to Ireland. 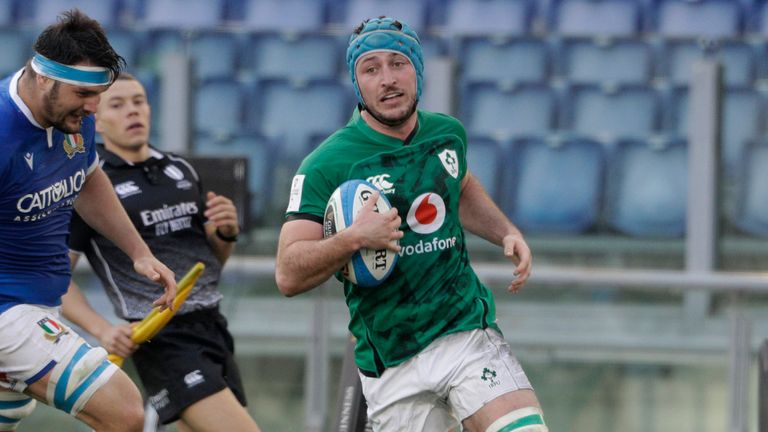 Ireland began the second half strongly and as early as the 44th minute had their try bonus-point wrapped up when Stander picked and scored with a close-range carry.

A yellow card to Italy replacement tighthead Giosue Zilocchi for persistent infringements near their own try-line handed Ireland further chances, but a second Stander try was ruled out by the TMO for an earlier Ronan Kelleher knock on.

Italy were soon reduced to 13 men for four minutes when Bigi was sin-binned for repeated offsides, and in that time Connors notched his second and Ireland’s fifth via a dominant rolling maul. 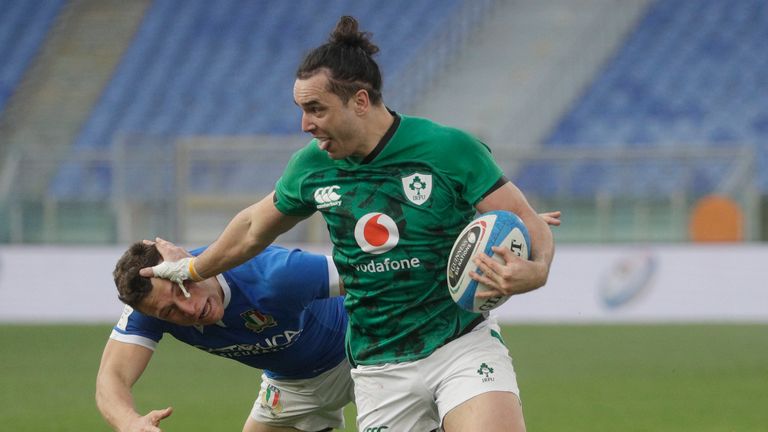 Ireland then had a second try chalked off when the TMO ruled a Craig Casey pass forward and overturned a James Lowe score.

Andy Farrell’s charges would notch a sixth try in the final play, however, when a lovely Sexton pass sent in replacement Earls to dot down.