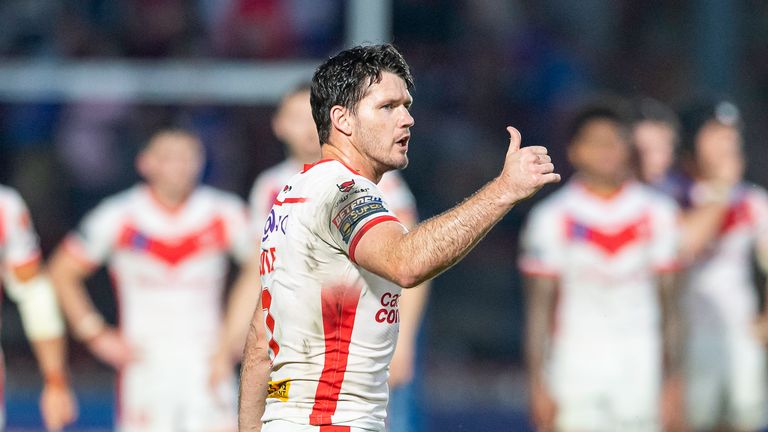 St Helens got the tough workout sought by their coach in their last match
before the Challenge Cup final as they battled to a 30-14 win over Wakefield at
Belle Vue.

Kristian Woolf opted to rest only scrum-half Theo Fages and prop Louie McCarthy-Scarsbrook from his likely Wembley line-up and his side were expected to brush aside a Trinity team with just 17 fit players.

The game looked to be going according to the script when the champions raced into a 14-0 lead after 22 minutes, but Wakefield were in no mood to roll over and they got to within two points before the visitors finished with a flourish.

Full-back Lachlan Coote was again their chief contributor with one of Saints’ four tries and seven goals from seven attempts, 48 hours after Hull KR announced his capture for 2022. 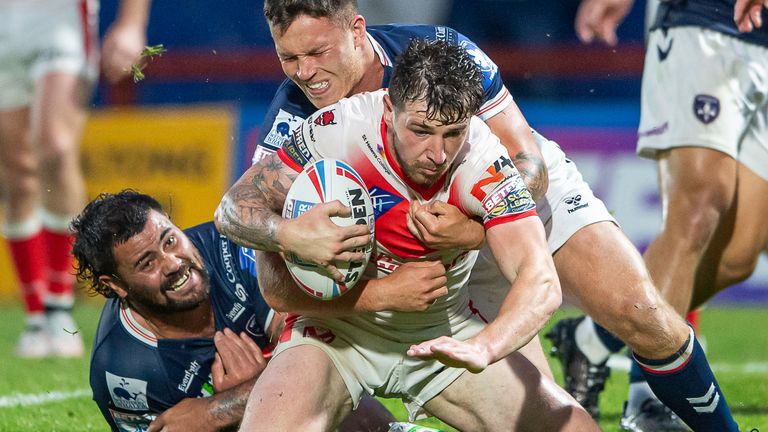 Importantly for Woolf, his side appeared to emerge injury-free and he had the bonus of prop Matty Lees making a seamless return from a broken ankle sustained in his side’s cup win over Leeds in April to boost his chances of playing at Wembley.

It looked routine enough for the champions when England centre Mark Percival took Coote’s pass to slice through the Wakefield defence for the game’s opening try on 12 minutes.

Coote added the conversion and kicked a penalty to stretch his side’s lead to 8-0, which reserve scrum-half Lewis Dodd extended further with a jinking, solo try on 22 minutes.

Wakefield, down to the bare bones due to injury and another Covid outbreak, suffered a double blow early in the game, losing forwards Tinirau Arona and Matty Ashurst with head injuries in the space of three minutes, which meant unlikely hooking duties for winger Liam Kay. 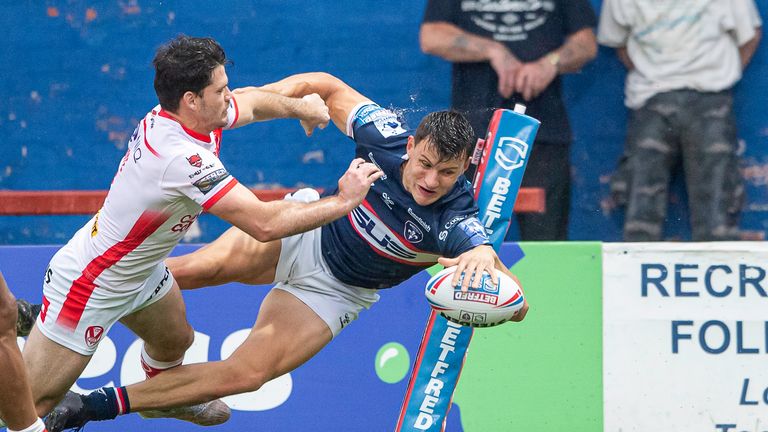 However, Trinity were far from daunted and they hit back with a superbly-crafted try through right winger Lee Kershaw on 25 minutes before striking again on the stroke of half-time through left winger Innes Senior, who had a clear sight of the line courtesy of a cut-out pass from skipper Jacob Miller.

The Saints defenders claimed Senior failed to ground the ball but it was given and Mason Lino’s touchline conversion went in off an upright as the visitors’ lead was cut to six points.

Trinity were down to 12 men at the time after James Batchelor was sin-binned for preventing a quick play-the-ball, and St Helens also lost a man to the bin early in the second half, Percival shown a yellow for a similar offence.

Unlike their opponents, Wakefield were able to use their numerical advantage as full-back Ryan Hampshire’s long pass gave Senior a clear run to the corner for his second try. Lino had the chance to level the scores and his conversion attempt again struck the woodwork, but this time it bounced back out and that was as good as it got for Chris Chester’s men.

As St Helens began to lose their discipline, their defence came under intense pressure, but they managed to hold out and, after working their way upfield, Coote kicked his third penalty of the match to make it 18-14.

Coote was then on hand to finish off a break by second rower Sione Mata’utia and converted his own try to restore Saints’ 10-point lead, before winger Tom Makinson wrapped up the scoring with a last-minute try.