Superstar Swans forward Lance Franklin claims he was “50-50” about the possibility of retiring after Saturday’s grand final against Geelong before opting to sign a one-year contract extension, giving the Swans a massive boost in the biggest week of the AFL season.

And the veteran goalkicker refused to say next year would be his last. 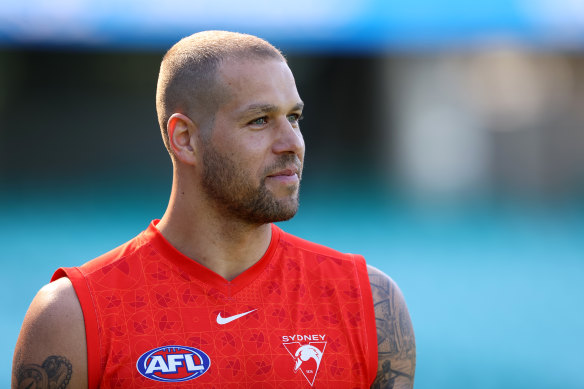 Lance Franklin speaks to the media after re-signing with the Swans.Credit:Getty Images

“You never say never,” Franklin said with a smile before training at the SCG on Tuesday.

Franklin, 35, insisted the delay in his decision to play again next season was not based around money and denied he had spoken any other clubs after parking negotiations with the Swans mid-season.

“I’ve been playing for 18 years, it’s a long time in the game. Obviously I’ve got a young family,” he said.

“Things have changed a lot since I first got here [in Sydney]. So there was a lot of decision-making and things that I had to put in place to come to this decision. 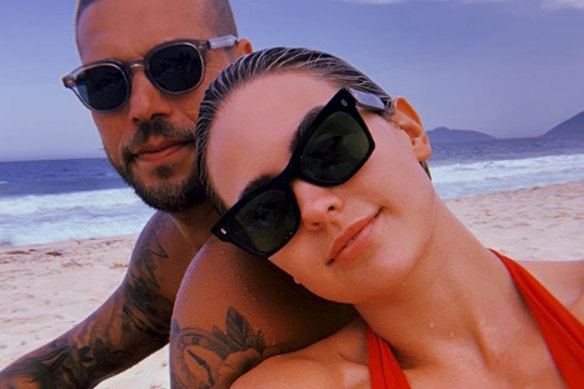 Lance Franklin with wife Jesinta. Franklin said it was a family decision to play on.Credit:Instagram

“But I’m over the moon with this decision. And I’m just looking forward to playing this weekend, but also going on next year.

“We’ve got the grand final this week, there’s going to be a lot of speculation, ‘oh, is he going to go on?’ I just wanted to make this about the boys. This is a huge game for us.

“In our family, we came to the decision that we wanted to stay in Sydney. It was obviously a long process to come to that decision. I wasn’t sure whether I was going to go on.

Franklin, 35, signs again after coming to the end of a nine-year, $10 million dollar deal, with sources claiming he’ll take a 50 per cent pay cut to earn about $550,000 in next season.

There was considerable criticism about the length of the deal from some commentators, which reached a crescendo a few years ago when Franklin began struggling with injury and the Swans missed the finals in 2019 and 2020. He failed to play a game in 2020 but has kicked more than 50 goals in each of the two seasons since, something he has achieved during 13 of his 18 years in the game.

“There’s been a lot of knockers over the years, haven’t there really, like, when I first got here, people were knocking that I wouldn’t get there. I wouldn’t make it, I’ll play for four or five years, and that’d be it. So I’ve definitely proved them wrong haven’t I?” Franklin said with some satisfaction. 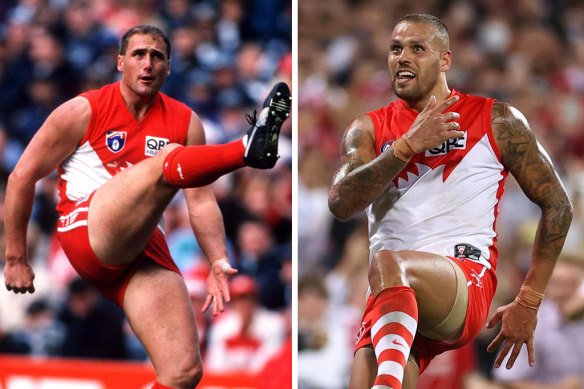 Franklin played in three grand finals and two premierships with Hawthorn, and two losing grand finals with Sydney. Would a Swans flag be the perfect way to round out his career?

“It’d be nice, but it’s going to be difficult,” Franklin said. “Geelong have won 16 games in a row [compared to the Swans’ nine].

“They’re in some fantastic form. And we’re playing some good football. So we’re just gonna have to go down there and give it our all.

“You don’t take things for granted in this game. Like it’s not a given that you’re going to just rock up and get into a grand final. There’s a there’s a lot of hard work that goes into it. And sometimes you get lucky.

“Like you get lucky and with injuries, then on the weekend, we were able to get over the line by one point. So it just shows you that they’re hard to get into. And we’re fortunate enough to be going around at this weekend.”