The Coral Challenge Cup is heading for the Big Apple, with the sixth-round draw to be staged in New York.

New York will put together a full-time team next year and are drawing up a fixture list of between 20 and 25 games to prepare them for their entry to League One in 2022.

The consortium have been knocked back in their bid to join Ottawa in the third tier of the English game in 2021 but organiser Ricky Wilby says his investors remain committed for the next five years.

“Once we knew we weren’t going to be in for next year, we started looking at alternatives because we’ve got sponsors we need to service and a stadium that we need to play games in,” Wilby said at the launch in Liverpool.

“Companies have built budgets and included us in them. It was disappointing to miss out. There were logistical things that were out of our control that probably counted against us.

“But we think we’ve got a really exciting fixture list that we can put together for next year that will excite players who would want to take a leap of faith into the brand.”

New York are set to play their first competitive matches in the Challenge Cup in 2021, starting out in the first round alongside community clubs next January, and have persuaded the Rugby Football League to hold the draw for this year’s sixth round in the Big Apple on Monday. 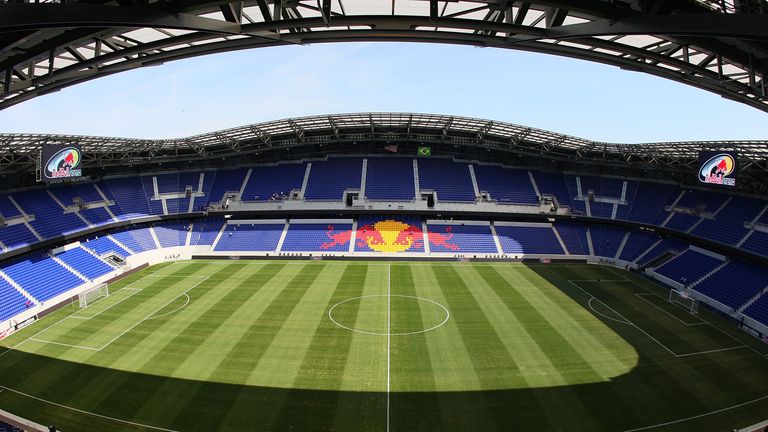 The club also plan to host three NRL clubs next February and play other exhibition matches throughout the year, including several against international opposition such as the United States.

Wilby says the club plan to use a university stadium for the opening rounds of the cup with the NRL matches to be played at Red Bull Stadium, which will become their permanent home.

“The idea is that we put a minimum of two games a month on,” he said. “They will be in the States but we might go into California because we want to work with the local teams and grow their fan-bases as well.

“It gives us an opportunity to prove we should be in in 2021 and show what we can do. We’ve got a few irons in the fire, to take us to 20-25 games, depending on how far we get in the Challenge Cup.”

The club unveiled their logo and colours on Tuesday and expect to announce an overseas coach in April.

“We’ve got someone who is pretty much nailed on but we can’t name him yet,” said Wilby, who will offer minimum two-year contracts to players and says the club will have the potential to spend the full salary cap in 2021.

He says the club are looking to have their games broadcast either online or on TV next year and expects to draw players from UK, France, Australia and New Zealand as well as the States.

“The calibre of player interested in coming to us is exciting,” he said.