1. Dave Rennie has some hard calls to make against South Africa in Adelaide, but he will surely put a premium on experience and nous in the two back three positions up for grabs (Marika Koroibete is a lock).

If Andrew Kellaway and Reece Hodge are fit, they look like the best-equipped to deal with the looming high ball barrage from the Springboks. How many times has Hodge dug the Wallabies out of a hole in recent years?

He has rarely failed to answer the call and his bravery, size, big boot and ability to play as first receiver are enormously attractive qualities against the South Africans.

There is also an argument for Kellaway at No.15 and Suliasi Vunivalu at No 14, with Hodge covering two positions on the pine, but Hodge is certain to play a big role on Saturday after Jordan Petaia and Tom Wright played their way out of the side in Argentina.

2. The ‘free kick’ Wallabies won’t get out of Boks

The Wallabies’ recent record against the Springboks in Australia is outstanding: history tells us to expect at least one win in the coming weeks. The Springboks’ loss against the All Blacks in Johannesburg also exposed a weakness against a backline that is prepared to take some depth to get around, or over, their rush defence via a crossfield kick.

However, there is a caveat here. For much of that Test, Springboks No.13 Lukhanyo Am was playing on the right wing after Jesse Kriel was concussed in the opening minutes. Am’s decision-making in the midfield was clearly missed.

He’ll likely return to the No 13 jersey in Adelaide, and the Wallabies’ obvious attacking opportunities may dry up a little. He has work to do.

The addition of Laurie Fisher to the Wallabies set-up is a welcome one. It has always been something of a mystery why Fisher hasn’t been used by the Wallabies before now, given his approach to the game is so closely aligned to what is important at Test level. 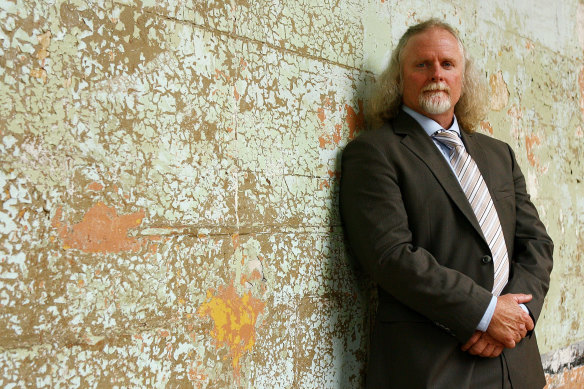 Laurie Fisher has been called up to the Wallabies.Credit:Getty

I have no doubt he’ll come in and make an impact, much in the way former Crusaders coach Jason Ryan has clearly improved the All Blacks in just two or three weeks. The Wallabies have issues defensively, conceding fewer than 20 points only once in the past nine tests.

It is probably an issue that has slipped underneath the radar due to the issues at No.10. Fisher should be able to hit the ground running because even the better teams in Super Rugby Pacific found it hard to break down the Brumbies.

4. All Blacks’ Joe Schmidt decision is their biggest move in five years

Ireland have gone to a new level since Schmidt departed in 2019, with players praising coach Andy Farrell for improving the mood of the camp. But that should not take away from the extraordinary impact Schmidt had on Irish rugby. 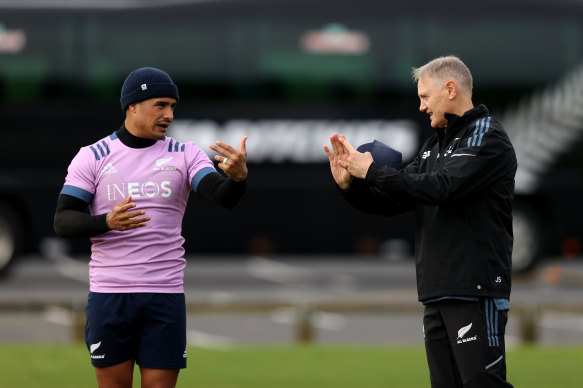 Joe Schmidt’s role in the All Blacks has been formalised and strengthened.Credit:Getty

He took an inconsistent side, where rugby is far from the national sport, and got them to No.1 in the world rankings. He is self-evidently an outstanding coach and the All Blacks will be a different side as his methods take hold.

I don’t think the Wallabies’ brains trust would have been overjoyed by the appointment – not since Wayne Smith left in 2017 have the All Blacks had access to this sort of coaching.

5. Change may be coming across the ditch

Super Rugby player drafts? Trade windows? There is plenty of talk about fan engagement in New Zealand, with widespread belief that the game must change. An Australian is spearheading the conversation. Justin Nelson, who has an AFL background, invigorated New Zealand’s NBL competition with relentless energy and focus on what supporters want.

Now, he is a heavyweight at broadcaster Sky Sport and has not been backward in coming forward about what he thinks needs to change in New Zealand rugby. Australia, clearly, would be a beneficiary of such an approach. Are these the first tentative steps in a process that might lead to a current All Black playing for the Waratahs, or Force?