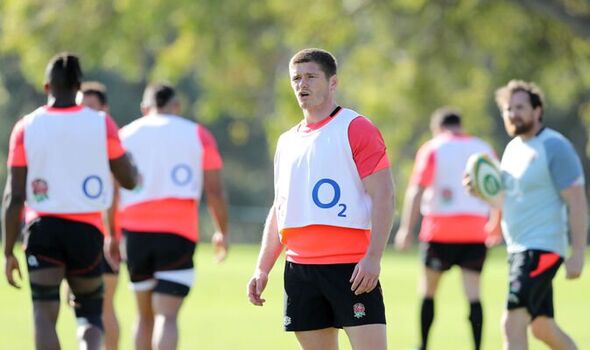 Owen Farrell may not be England’s captain against Australia but he will still be running the show. It is not in Farrell’s make-up to take a back seat. Relieving him of the captaincy has caused a few ripples but I like Eddie Jones’s thinking in handing the armband to Courtney Lawes.

It is a slightly different mindset as captain – you have a lot more to think about  – and not having that extra responsibility takes some of the heat off Farrell on his return to the side.

He has plenty on his plate in developing the relationship with Marcus Smith – the potential solution to England’s perennial midfield problem.

This is the 10/12 combination which England wanted to use in the Six Nations but Farrell’s injury absence put a stop to it. It has been a massive headache area for England and Jones needs this version of it to work.

There are a lot of people who aren’t Farrell fans but in a rugby team there are certain players who bring confidence to those around them and he is one of them. Smith should benefit from playing alongside him.

This tour is critically important for England in finding out what their best team is because at the moment I don’t think they have any idea.

With the World Cup coming up next year, time is running short.

Danny Care’s phoenix-from-the-Ashes comeback at scrum-half and Billy Vunipola’s return at No 8 will be interesting as will Joe Cokanasiga and Jack Nowell on the wings but there are still more questions than answers with the side England have picked.

There are a lot of players with a lot to prove.

The next three weeks need to provide the answers to the majority of them because England need to be picking their strongest side game after game from a year out. Jones can’t be endlessly tinkering after that point. He has to allow his World Cup side to gel.

Jones has an exceptional record against Australia which must be personally satisfying against his homeland but I don’t think that counts for much on this tour given the state of play after the Six Nations.

The Wallabies on their own turf represents a stiff challenge – there are no hiding places this summer for any of the touring home nations – but on the flip side if England do well it will be a great launchpad towards the World Cup.

One of the foundations for our 2003 side’s triumph at the tournament was the success we enjoyed that summer in the southern hemisphere.

It is going to be a big series all round for England.

Jason Robinson was speaking in association with Vodafone Business