Owen Farrell is on course to be available for England’s autumn opener against Argentina at Twickenham on Sunday, as he finalises his recovery from a head injury.

The 31-year-old playmaker missed last week’s Red Rose training camp in Jersey after being knocked unconscious during Saracens’ victory over Exeter at Sandy Park on October 22.

He was unable to fly to the Channel Island and set about going through his return-to-play protocols at his club, while maintaining close contact with his England team-mates and coaches. 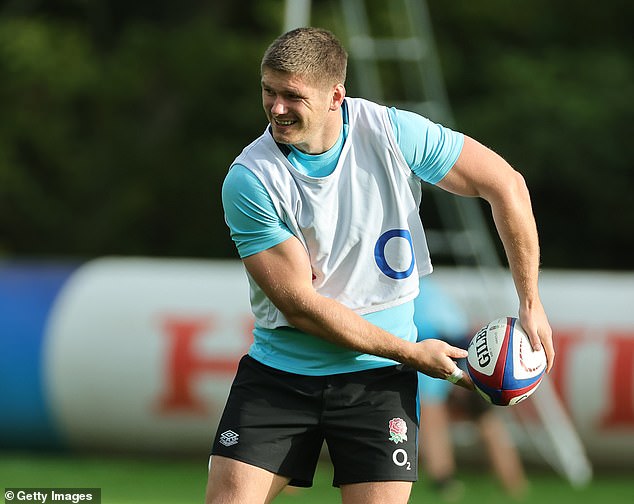 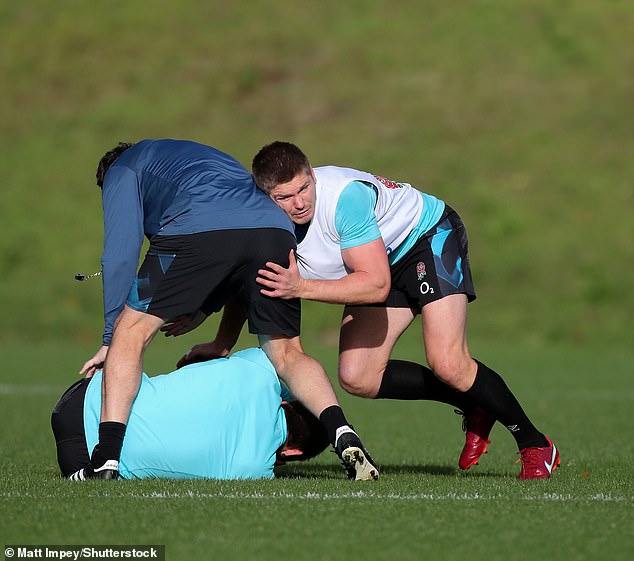 The fly-half, returning from a head injury, took part in tackling drills on Wednesday morning

Farrell was recalled to the squad on Monday and on Wednesday morning he was on the training pitch at the national team’s training base in Surrey, stepping up his return to full fitness.

Crucially, he was involved in tackling drills with Leicester centre Guy Porter – both as the carrier and as the tackler.

This ability to take part in contact work as well as fitness activities suggests that Farrell is set to be cleared to face the Pumas, providing there are no further concussion symptoms. 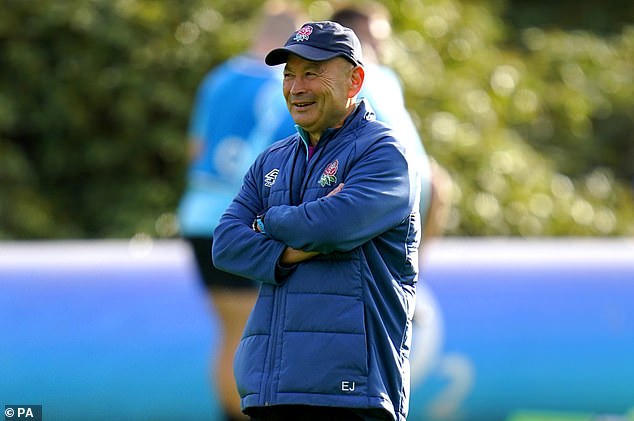 If he passes his medical tests, the veteran Lion is sure to start in a 10-12 alliance with Marcus Smith and win his 98th England cap.

He would also be in contention to regain the captaincy, in the enforced absence of Courtney Lawes, although Tom Curry and Ellis Genge are other front-line candidates to lead the side in the first of four November fixtures.

Eddie Jones would be delighted to have Farrell available, knowing that he will bring a streak of intensity and aggression which has long since been his trademark. 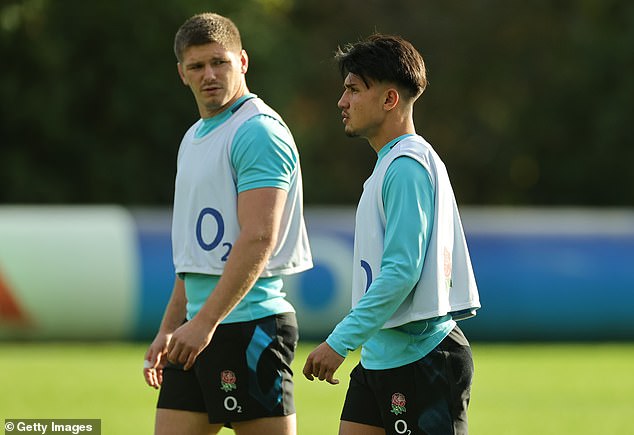 If fit, Farrell will likely line up at inside centre with playmaker Marcus Smith (right) at fly-half

When he named his autumn squad, the head coach said: ‘If we don’t have an Owen then we lose a huge percentage of our fight. He is one of the most committed rugby players I’ve ever seen. We need that.

‘Owen is one of the all-time greats of the game. He’s won every trophy in the world apart from the Rugby World Cup and he’s got a silver medal which isn’t bad.

‘Sometimes I don’t think he gets the credit he deserves. He’s resurrecting his club team now – they’re back up playing fantastic rugby. We hope we get that Owen in with all that fighting spirit for November.’