SCOTLAND 20-17 ENGLAND PLAYER RATINGS: Duhan van der Merwe was Scotland’s most confident back while Matt Fagerson was a menace at the breakdown… but England’s Luke Cowan-Dickie ruined a good display with a sin-bin penalty try

Murrayfield served up a treat for Six Nations fans as Scotland edged out a dominant England side via a thrilling 20-17 comeback win.

Eddie Jones’ visitors dominated the Edinburgh contest but went in at half-time 10-6 down as HIA substitute Ben White went over for the Scots, despite England fly-half Marcus Smith’s excellent kicking from penalties.

Harlequins’ Smith thought he had secured a win for England as his second-half try and two more penalties put the visitors 17-10 up – but the game changed with 15 minutes left to play. 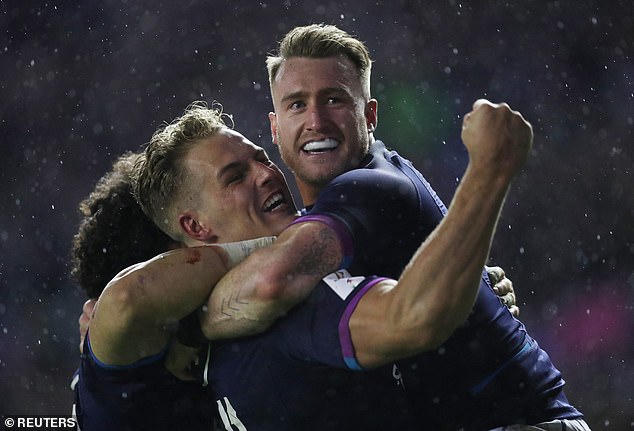 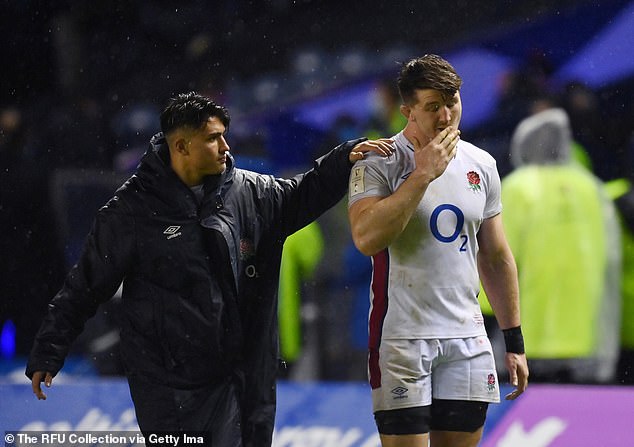 On 65 minutes, Luke Cowan-Dickie conceded a penalty try for deliberately knocking-on into touch to deny Darcy Graham a try from Finn Russell’s kick, which earned him a yellow card for most of what remained.

Then Scotland fly-half Russell sent Murrayfield into raptures to kick over a penalty with eight minutes left to allow the hosts to retain the Calcutta Cup for the first time since 1984.

With the dust settling from the Edinburgh showdown, Sportsmail rates and slates all of the players who took to the field on Saturday afternoon…

SCOTLAND – By Rob Robertson at Murrayfield

Captain courageous who kept a cool head under pressure and was immense in defence.

His break led to the try from debutante Ben White and was always a threat in attack. 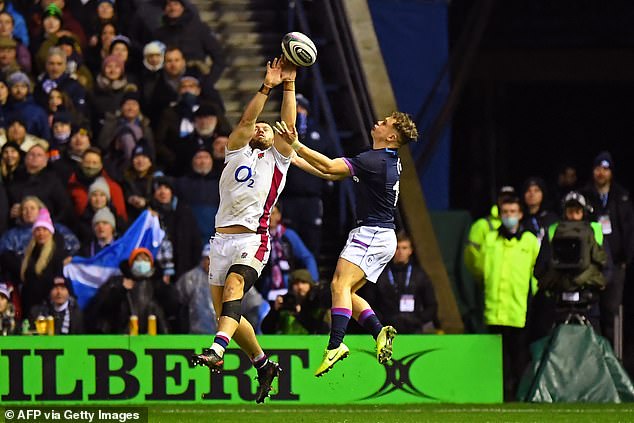 Being caught offside and giving away the penalty that turned an England lead from four to seven was the low point in an average display.

Had a poor game and no surprise he was taken off on the hour mark with his replacement Sione Tuipulotu improving Scotland.

The most confident of all the Scotland backs who ran the ball back from everywhere. 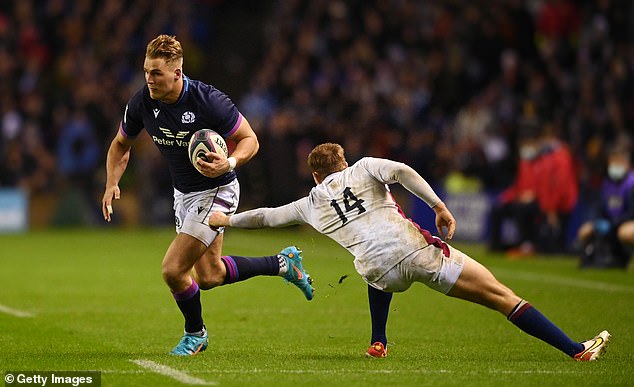 Took his time to find his range but when he did he was magnificent.

Came back on after a first half HIA but Scotland were better when replacement Ben White was on the pitch.

Taken off in 51 minutes along with the rest of the front row after England started to gain control. 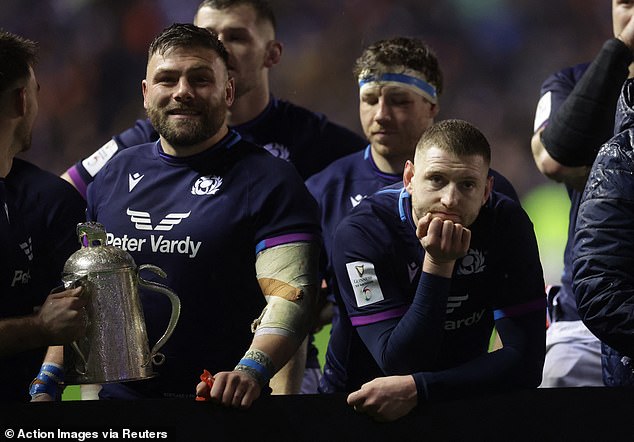 The set piece held up well before he ran out of puff after giving his all.

The pick of the Scotland front row who should not have been taken off early.

Played well in his first game for Scotland since the 2021 Six Nations against Ireland. 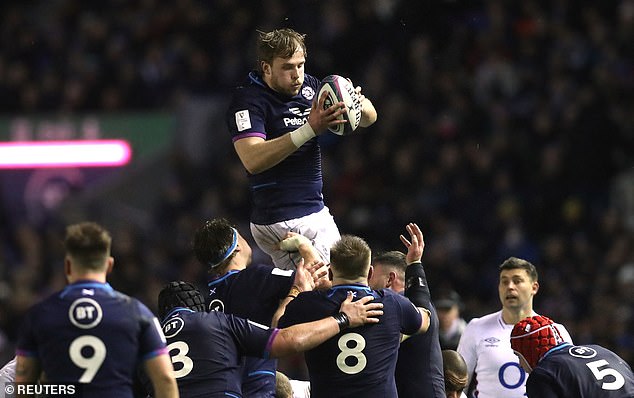 Lost the ball at a key moment in the last minute which led to a nervous finish but the unsung hero of the pack.

Quick to the break down before having to come off injured on the hour mark.

Put a crocodile roll in on Tom Curry that turned a penalty in front of the posts for Scotland into one for England.

An absolute menace at the breakdown who was the pick off the Scotland back row. 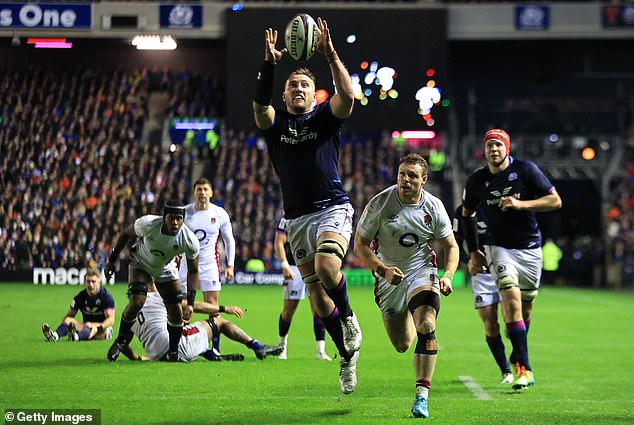 ENGLAND – By Adam Hathaway at Murrayfield

Dealt with the early high balls easily enough and got hands on the ball just not in the right areas. 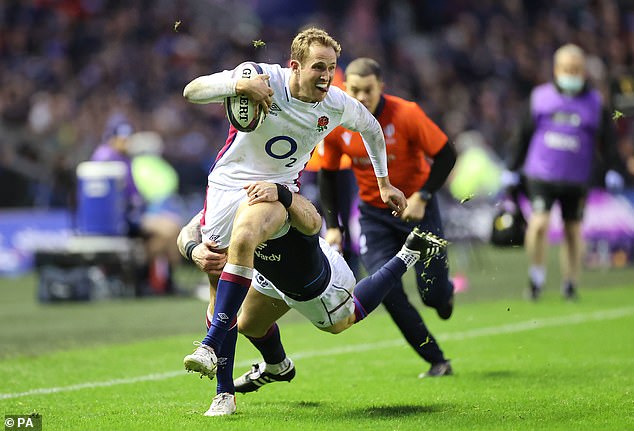 Used as one of three kicking options in the England midfield and kept Scotland pinned back at times.

Not the day for his running skills so used more as a kicker.

Had Covid in the build-up and got caught out for Ben White’s try but tried to get hans on ball.

Can do no wrong at the moment and took his try well proving one step ahead of the Scots defence. 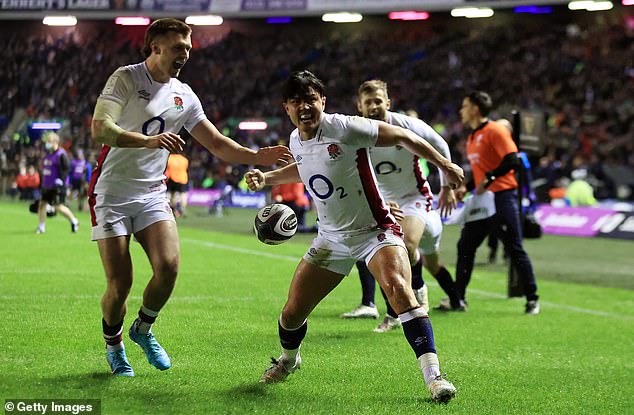 First half break showed his sharpness in his 113th game for England and was one of England’s better players.

Part of a starting front row that had the Scots on toast at the scrums early on and was hard in carrying.

Yellow carded for deliberate knock on and that was the game there and then. Ruined a good first 66 minutes. 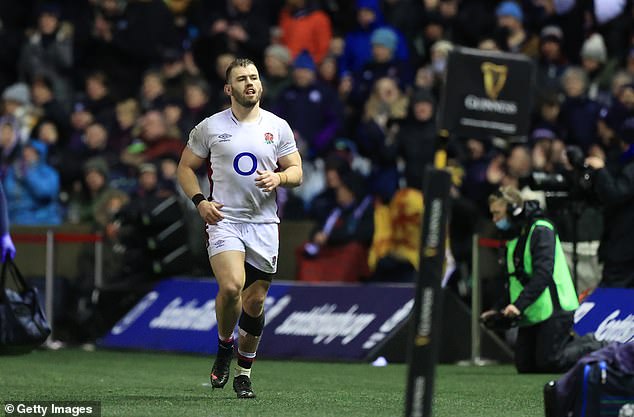 Doubts about his scrummaging were put to bed as he and the tight-head prop carried hard.

All arms and legs again, superb in the line out and made a nuisance of himself around the park.

Another caught out in the White’s try as the Scots made the most of the mismatches but did his nuts and bolts.

An hour of solid graft for the Northampton captain, some decent carries, and got stuck in without setting it alight. 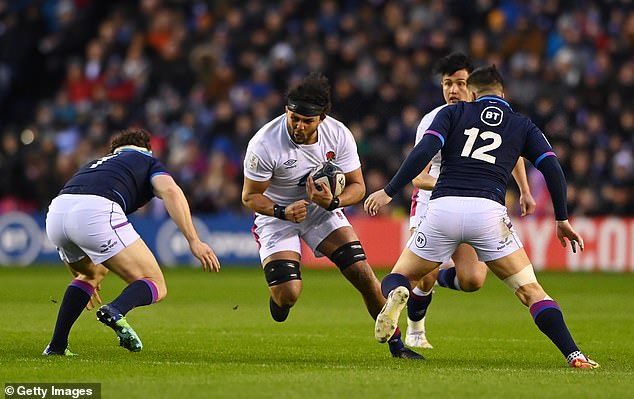 Forward Lewis Ludlam some decent carries, and got stuck in without setting the world alight

Piled in and got better of the Scots at the breakdown, led by example in fierce battle.

Couple of early carries showed his worth but not as dominant as he is with Exeter in the Premiership.