The NRLW’s best players have warned the code could lose top talent to rival sports without the safety net of a pregnancy policy, which looms as a crucial part of negotiations over a new pay deal.

The issue has emerged as a central part of the Rugby League Players Association’s talks with the NRL over a new collective bargaining agreement, which is in the spotlight on the eve of the NRLW season.

Roosters captain Corban Baxter will sit out the 2022 competition after falling pregnant. Former Jillaroos, NSW and Dragons star Sam Bremner will return to the game at the tricolours after having two children.

There is currently no central policy offering financial protection to NRLW players if they become pregnant. Baxter’s successor as captain at the Roosters, Isabelle Kelly, has put the spotlight on the maternity policy.

Four new clubs – the Sharks, Wests Tigers, Raiders and Cowboys – enter the competition next year, which means the playing pool will be further stretched.

Asked about a potential pregnancy clause for next season, Kelly said: “It’s massive for us. Girls can just fall pregnant and if it happens, it happens. They don’t have to plan it or put their career on hold to come back to rugby league. 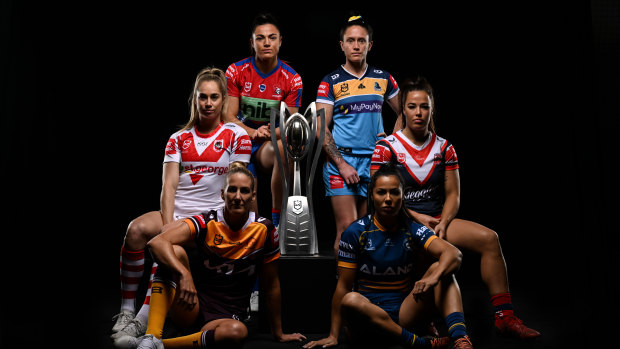 “Sam Bremner is a massive advocate for that, coming back from two kids. I hope it’s in place by next season because it’s something the game really needs if they want to keep athletes in women’s rugby league instead of other codes.

“I’ve seen so many girls who have kids and struggled to come back because that help, or the motivation of a club backing them and being behind them [hasn’t been there]. So many talented girls have struggled with that and not come back.

The players’ union is lobbying for contracts to be paid for up to 12 months, for clubs to try and reassign pregnant players to another part of the business, and to allow children to travel to away games until the age of two, or until they’ve finished breastfeeding.

“I think the RLPA do a great job including the players and getting their opinions; past and present as well as future players,” Knights star Millie Boyle said.

“We’re hoping none of that goes to waste and the NRL doesn’t just look at it and not put it into review. There’s a lot of integral information from current players which needs to be supported in certain ways.

“Getting our opinions [is vital] on new teams, judiciary, pregnancy policy, time away from family via relocating – and a bigger season will look a lot different. As the game grows, it will be changing so much and it’s important to take into account the current players and get their opinions moving forward.”

The pregnancy policy will hopefully be in place for 240 players when all 10 teams settle on their rosters next season.

NRL chief executive Andrew Abdo said the code was working towards improved conditions for all NRLW players, with the ultimate goal of having a full-time competition.

“We want to increase the ability for our female athletes to earn professional fees from playing the game,” Abdo said.

“We want the salary cap to grow significantly and the representative payments to grow, and we want other ways to support our female athletes and maintain their career, either full-time or part-time.

“We have the best female athletes in the country playing, in our view, the best women’s competition in the world. That translates into unbelievable feats on the field, and equally the fans responded. There’s a lot of work to do, but I think we’re on the right trajectory.”

The NRLW season begins with the Eels hosting premiers the Roosters in a showdown at CommBank Stadium on Saturday.

The Roosters and Dragons will be the first teams to play at the new $800 million Allianz Stadium when they clash in round three.