The promoter for a planned Tonga-Samoa rugby league Test on US soil is prepared to stump up a seven-figure guarantee to avoid another Denver debacle.

US resident Paul Langi Kinikini is behind the bid that could result in Sonny Bill Williams and Jason Taumalolo squaring off in an international clash in Utah. Kinikini, who made his money in telecommunications and fibre optics and has a Tongan background, has made his pitch to the International Rugby League which is now conducting a feasibility study on the bid. 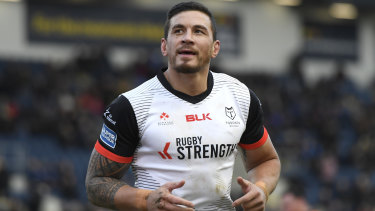 "I'm just waiting to host this. I've got everything in order, I've been doing it for the last two years in the event I am ready to pull the trigger.

"We would give them such a party that the players – and even the coaches – would love to do a repeat. We would do it American style. We'd blow up the game how we do things here, we would give them enough [promotional] air time.

"We can get the proper sponsors and feel we could kick this game off to another level."

Samoa officials have made discreet enquiries about the availability of Williams, who is said to be interested in representing the Pacific nation after switching back to rugby league with the Toronto Wolfpack. If that was to occur, it raises the prospect of the cross-code star coming up against Tongan sensation Taumalolo in a mouth-watering clash in a potentially lucrative new market. 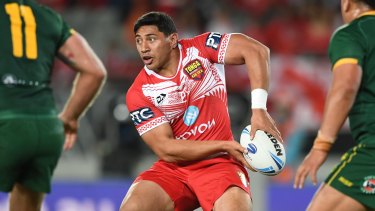 There are, however, challenges to making the American clash happen this year. The schedule for the Oceania Cup was released during the week and it will be difficult to cram in a Utah fixture into an already packed calendar. There is also the issue of the internal politics in Tongan football – Tonga National Rugby League is appealing against its expulsion from the IRL, with the case to be heard on March 18.

Still, there remains an interest in bringing premium rugby league content to the US. NRL chief executive Todd Greenberg revealed last week that a feasibility study will be conducted into the prospect of taking a State of Origin match overseas in a bid to maximise the value of the next broadcast deal.

"We want to do it here [in Utah], and then Vegas would be our second stop," Kinikini said. "I know rugby league has kind of struggled in breaking into the United States and we feel we can ride this wave with Tonga and it's the route to go if we're ever going to break into this market.

"If we take this movement of Tonga and sell a couple of games, it will go on that wave. Due to the demographics, the Polynesian community here, we feel we can [make it work].

"I believe this will be the first of many others. Denver is a great place, but you need to start it organically where you fill a smaller stadium [first] and put it on the airwaves.

"The thing about Americans is they are crazy fans, it's just an untapped market.

"I want to host it this year, but if I get pushed back I'm good to go next year."

Jeremy Edwards, the general manager, Southern Hemisphere, of the IRL, confirmed his organisation was aware of Kinikini's interest.

Tags: fron, pay, promoter, ready, to, up
You may also like
Latest Posts