‘Hanging by the tendon’: How crash turned Harry into a hooker

Harry Grant still has the zipper running the length of his right shin, but there is a silver lining to the scar from the flipped all-terrain vehicle accident that left his leg “hanging on by the tendon”.

Grant is emerging as a genuine strike weapon in Australia’s World Cup defence, be it as a starting hooker or bench back-up for Ben Hunt.

Long before Grant could consider rugby league as a career, the game was taken away from him as a teenager. First by a staph infection and several shoulder operations at age 12 that at one point had doctors fearing the worst.

Then by the ATV crash that required a series of pins and screws being drilled into his fractured leg, which was held together by a frame of clamps for weeks.

“We crashed one of the surf-lifesaving ATVs on the beach,” Grant says as he pulls down his sock to show the dints and scar left by the accident.

Tedesco then and now 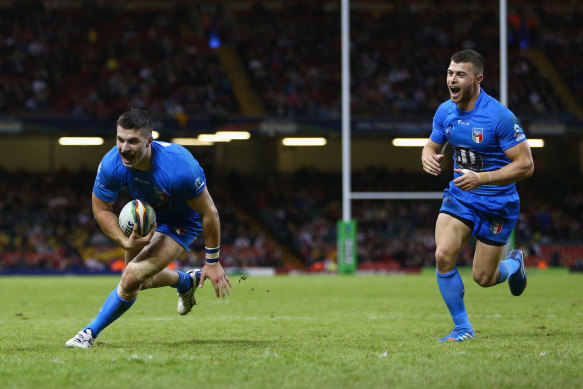 James Tedesco scores for Italy against Wales at the 2013 World Cup in Cardiff.Credit:Getty 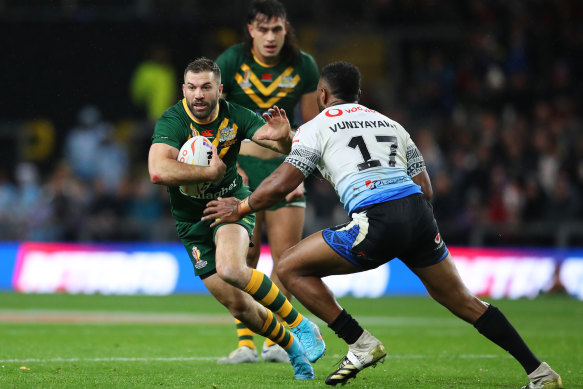 The Italian job: How a flower stall and £20 allowance launched Aussie skipper

From setting up flower stalls with his grandfather at 2am, to a £20 daily allowance and now his mantle as Australian captain and arguably the game’s best player.

James Tedesco has always worn his Italian heritage loud and proud, and his Azzurri influence will come full circle when he leads the Kangaroos against the minnows he credits with launching his rugby league career.

Tedesco’s first World Cup almost a decade ago saw he and Italian teammates, including Anthony and Mark Minichiello and new Bulldogs coach Cameron Ciraldo, paid a £20 allowance during the 2013 tournament in England.

two premierships, a Dally M medal, 19 Origins and a million-dollar deal later, Tedesco still looks back on that initial Italian outing as his making.

Who should be Australia’s starting halfback in the finals?

Sharing is officially caring in the Kangaroos’ scrum-base shoot-out as Nathan Cleary and Daly Cherry-Evans plan to split-first receiver duties before Mal Meninga locks in his first-choice halfback.

Cleary and Cherry-Evans’ much-discussed battle for Australia’s top playmaker billing takes on a new dimension against Italy when the Origin halfbacks combine for the first time as a halves pairing.

Fancy a punt on the Australian Kangaroos to beat Italy this morning in the Rugby League World Cup? They’re paying a dollar, and the Italians are a healthy $101. You’ve got to wonder what we’re in store for here this morning.

Welcome to our rolling coverage of the World Cup clash between the Kangaroos and Italy.

Remember the 2006 soccer World Cup debacle when Italy beat Australia in a game so many are refusing to let go? Maybe this is a chance to get one back for the green and gold.

Caden Helmers checking in to get you through the game, and Dan Walsh is our man on the ground at Totally Wicked Stadium. Follow along for all the latest as Australia look to finish the group stage on a high. 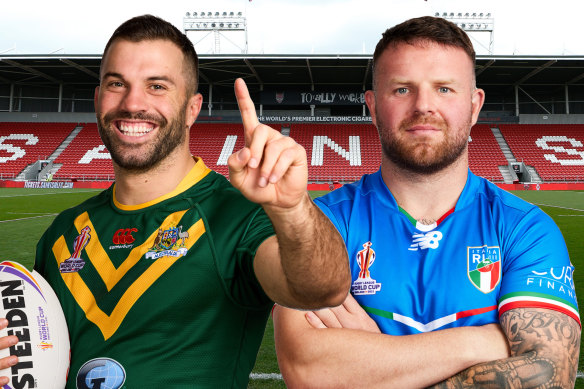