Saracens had to dig deep against a resilient Cardiff side but they eventually prevailed 40-33 to book their place in the quarter finals of the European Challenge Cup.

Owen Farrell and Rhys Priestland exchanged a series of penalties before Saracens appeared to have snuck a dominant lead heading into half time.

Dominic Morris went over and Farrell added the extras before Cardiff responded almost immediately as Tomos Williams touched down from a lineout.

After the break, Cardiff looked to pile the pressure on Saracens but the home side responded with three tries in the space of 11 minutes, before Max Malins added another to see his team lead 40-28.

Following a lengthy TMO review, Carre threw Cardiff a lifeline to move within seven points with five minutes left to play but Saracens hung on to march on to the quarter finals. 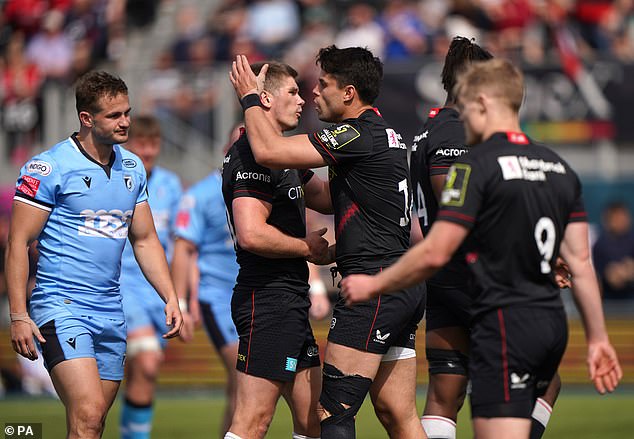