Sergio Parisse hopes he will get the chance to make one final appearance for Italy during next year’s Six Nations.

The legendary No 8 had planned to retire from international rugby after last year’s Rugby World Cup but was denied a farewell appearance when Italy’s final pool match against New Zealand was cancelled due to Typhoon Hagibis.

The coronavirus pandemic then prevented Parisse from making an Azzurri swansong against England in Rome last March.

The 37-year-old will be cheering on his former team-mates when they face Eddie Jones’ side in Saturday’s rearranged Six Nations finale, and he has not given up hope of lining out for his country in next year’s tournament.

Will we see @sergioparisse in Blue one last time? 🇮🇹

The Italian legend joins @WillGreenwood and @RupertCoxTV on the podcast this week, and he's confident he will be able to make a swansong international appearance 🏉

Parisse, who has won 142 caps for Italy, told Will Greenwood’s Podcast: “The plans at the beginning of the year was to play the last game in Rome against England. It would have been a great way to finish my career in the blue jersey, in front of my family and friends.

“Everyone knows it was a difficult moment with the coronavirus; everything changed.

“At the moment I am just leaving this last game in the corner of my head. I really want to play one last game, of course, but at the same time, it is important for the Italian team to start their new process without me, for the young guys to take leadership and build a new group looking ahead to the next World Cup.

“I keep in touch with (Italy head coach) Franco Smith and it would be great to be involved in next year’s Six Nations but at the moment, with all of the things that have happened outside rugby, it is difficult to organise a last game.” 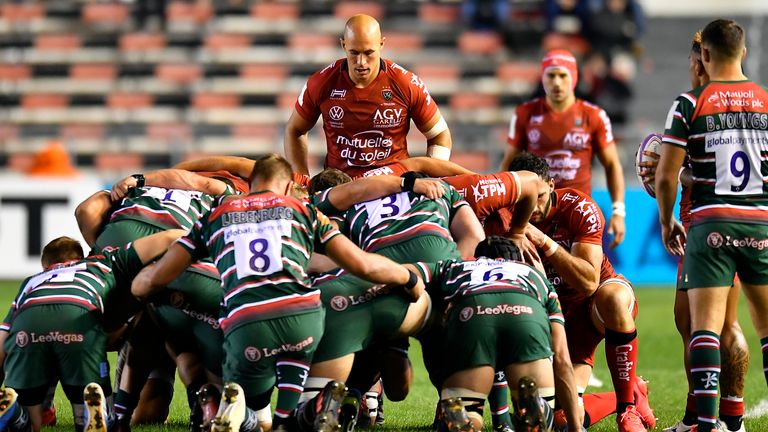 Parisse is back enjoying his rugby with Toulon, who he joined in 2019 after an unhappy end to his 15-year stint with Stade Francais, and he would consider a move into coaching when he eventually decides to hang up his boots.

“Why not? It’s a possibility,” he said. “I love this sport, I would be really glad to share my experience and maybe one day be a coach.

“I think it’s a process, I don’t want to rush. I want to be as humble as I am as a player.

“I’m really proud of my career and what I achieved as a player but being a good player doesn’t mean you’ll be a good coach.”