SIR CLIVE WOODWARD: Andy Farrell reminds me of Jack Charlton in the way he has gone over to Ireland and quietly excelled as an Englishman by leading them to No 1 in the world… England will be targeting him to replace Eddie Jones

I have kept a close eye on Andy Farrell ever since I tried to sign him from rugby league. The job he has done with Ireland has been phenomenal and his team’s series victory in New Zealand and rise to No 1 in the world is the culmination of that. Farrell has the credentials to coach England next.

When I was in charge of England, I went to watch Wigan in the 2000 Super League final at Old Trafford.

The plan was to see Jason Robinson and meet him once again. Jason moved across to union and helped England win the World Cup in 2003, but that day in Manchester I ended up just watching Farrell because he was that good. 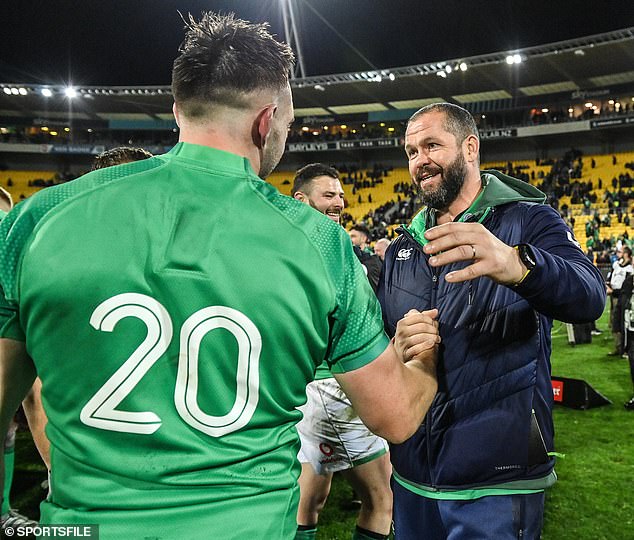 I chased Farrell hard. I wanted him to switch codes and we had a few phone calls, but he said it wasn’t the right time. He ended up coming to union and playing in the 2007 World Cup, but it was too late for me by then. What impressed me about Farrell as a player was just how tough he was. His son Owen is cut from the same cloth.

Farrell has coached Ireland exceptionally. He got a bit of flak from Irish media early on but has ridden that out impressively with faith in his ability.

A sign of a good head coach is not being afraid to appoint more high-profile figures than you to your staff.

Many coaches would feel threatened by that. But Farrell’s brave decision to appoint Paul O’Connell as an assistant has worked wonders.

In coaching I talk about the window and the mirror. When things are going well, you’re winning games and everyone is praising you, it’s time to look out the window and give credit to everyone else. That can be the players, the board, the supporters — whatever. When you’re losing and it’s all going wrong, a coach needs to look in the mirror. 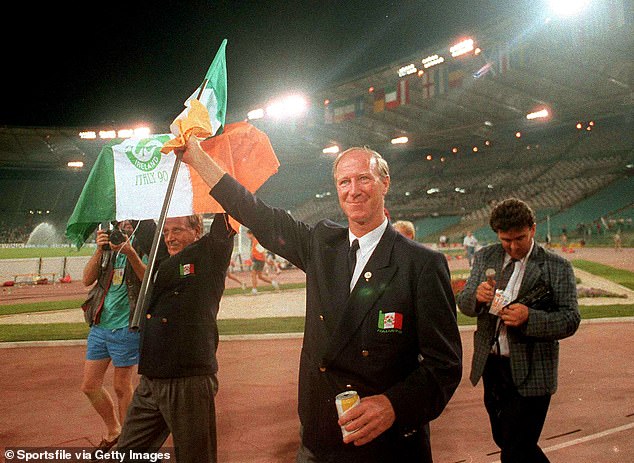 In the way he has gone over to Ireland and quietly excelled, he reminds me of Jack Charlton

At that point you can blame no one but yourself and must take responsibility. Farrell is excellent at this, one of the best in rugby.

In the way he has gone over to Ireland and quietly excelled as an Englishman, he reminds me of Jack Charlton. The people of Ireland will always remember this win over the All Blacks.

England will be searching for a new head coach to succeed Eddie Jones after next year’s World Cup and I’m sure they will be looking at Farrell (left). I’m equally sure Ireland will want to keep him.

Farrell ticks all the boxes, but so too do Ronan O’Gara, Scott Robertson, Fabien Galthie and others. This is where the RFU have needlessly backed themselves into a corner.

By saying in public they want to appoint an English coach next, they have immediately limited their options. I just can’t understand why. In international coaching you need the best in the business. It shouldn’t matter a jot where they’re from.

Such a comment is a slight on Jones and I wouldn’t have been happy reading it if I was him. 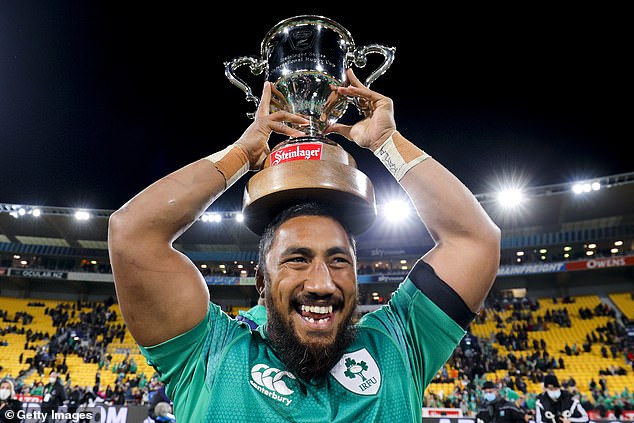 What if England win the World Cup? They are capable of doing so. If that happens, why shouldn’t Jones stay on? If England win in France, they’re going to look silly searching for a new head coach.

Equally, if I was in the running to be the next England head coach, I would want to be considered for the shortlist because of my ability and not because of where I was born.

The RFU have made a rod for their own back there and by seemingly ruling out appointing someone from abroad, they have needlessly hindered the recruitment process.

Farrell, of course, is English. But given the brilliant work he’s done with Ireland I wouldn’t be surprised if the IRFU are already looking to tie him down for the 2027 World Cup.

The job he’s done has been phenomenal and he deserves all the praise he is getting.

I wouldn’t bet against Jones becoming England director of rugby after the 2023 World Cup and filling a new position the RFU has said they are going to create.