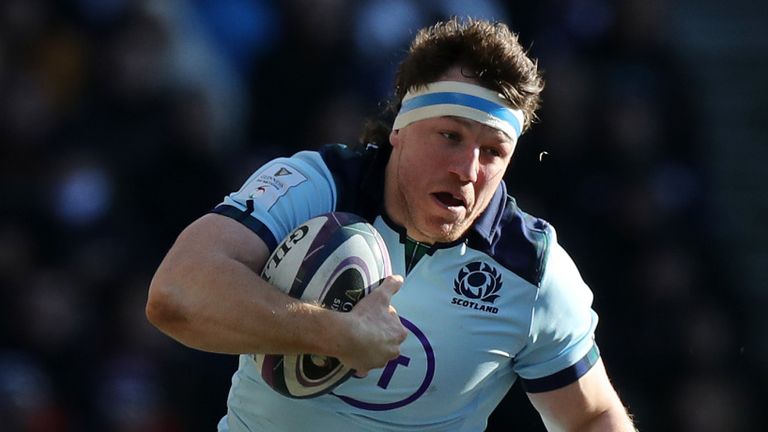 Scotland skipper Hogg led his side to a marquee 28-17 victory over previously-unbeaten France at Murrayfield on Sunday, ending Les Bleus’ Grand Slam dreams. Having made two costly, game-altering errors in Round 1 and Round 2 defeats to Ireland and England, Hogg will have been delighted to put in a solid display from full-back.

The 27-year-old made a game-high 84 metres in attack with ball in hand, 14 carries – the most of any Scot – and was heavily involved in the creation of Scotland’s first two tries, both through Sean Maitland.

With only two Six Nations clashes this week, we have gone to Super Rugby for our first wing of the team.

Former Northampton Saint Kellaway is having his second crack at the southern hemisphere’s premier club competition, and the Aussie is ripping things up at present. 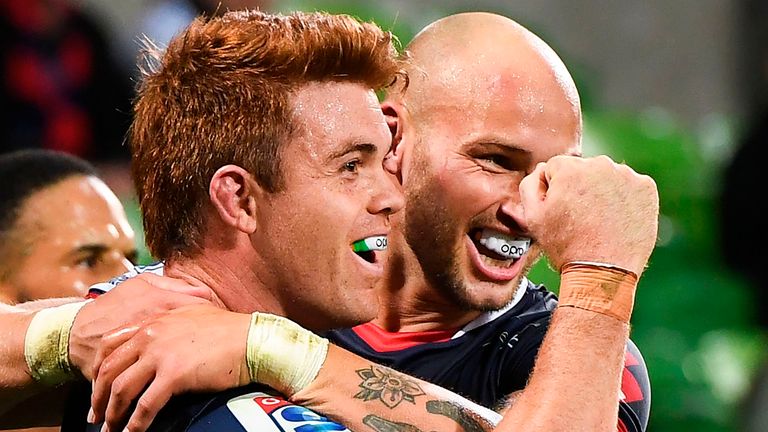 Against the Lions on Saturday, he notched two spectacular efforts and sits top of the overall Super Rugby try charts too.

Saracens’ Tompkins may have been on the losing side at Twickenham on Saturday as Wales succumbed 33-30, but the centre was a bundle of energy England could not contain. 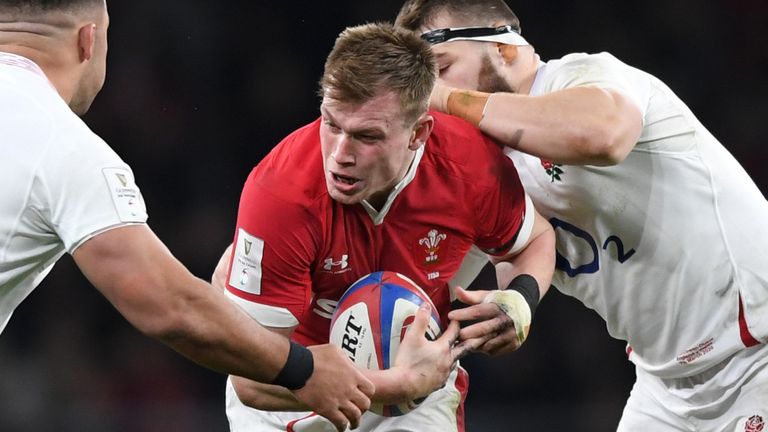 He made 15 carries – no one from either side made more – for a sensational 71 metres, made one clean break and beat an extraordinary seven defenders. He also began and had two involvements in the move for Justin Tipuric’s wonderful end-to-end try.

England captain Farrell may have been in niggly form against Wales, but with the boot he was absolutely sensational. 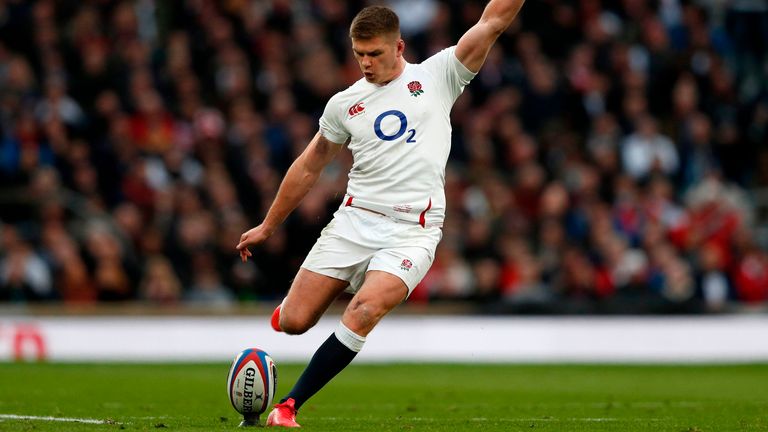 The centre missed nothing off the tee, slotting over from all angles and distances, and in the end it was vital as a late flurry from Wales against 13 men cut the final score back to 33-30.

Farrell notched 15 points in the victory via three penalties and three conversions, and you will do well to find a better kicking performance this season.

In all truth, Maitland had very little to do bar hold his width and ground the ball for both of his tries against France on Sunday, but he still finished with a double to his name and did not put a foot wrong. The wing beat one defender and made a clean break in the victory too. His pace and balanced running style render him a major threat and his jinking, dummying clean break ahead of Scotland’s vital first try on the cusp of half-time was a brilliant piece of play.

He beat four defenders in the win, while also contributing eight tackles and six carries. Gone too were the kicking jitters of Rome as he landed five from six off the tee.

Scrum-half Youngs may now be 30, and may be 99 caps into his Test career, but he put in a fabulous display in victory over Wales at Twickenham. In all, he beat three defenders, was near faultless and had a key hand in each of England’s three tries.

His super inside ball set Anthony Watson away for the opening try, his quick service was vital for Elliot Daly’s score and his brilliant line-break was the genesis of England’s third try through Manu Tuilagi.

Where has the strength of this Scotland scrum come from? Not for years – perhaps even decades – have the men in dark blue been able to challenge at the set-piece like they do now. 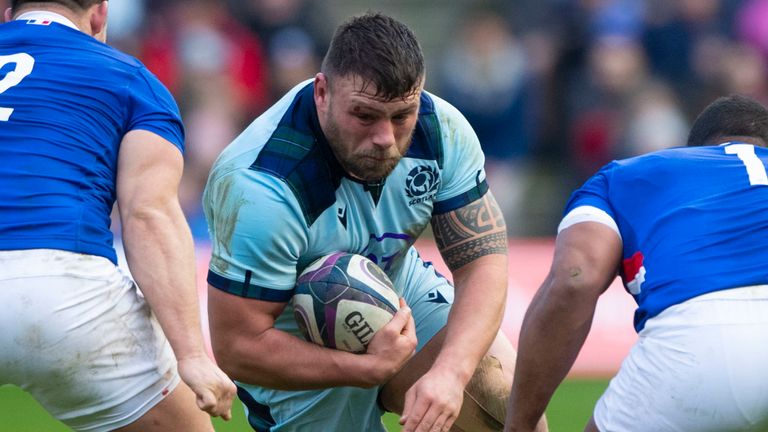 Despite facing a huge France pack which had earned scrum penalties at stages against both England and Wales, Scotland thrived again at the scrum on Sunday.

Both props, in Sutherland and tighthead Zander Fagerson excelled, but Sutherland, in particular, continues to have a marvellous campaign. He has arguably been the best loosehead in the tournament to date.

Les Bleus may have lost a crucial Test at Murrayfield, surrendered a potential Grand Slam and likely mucked up their title chances too, but one area they were superb in was their lineout. Hooker Marchand landed all eight throws away from home as the France lineout operated at 100 per cent – something worthy of high praise even despite defeat.

Sinckler may have been behind Ireland’s Tadhg Furlong in the British & Irish Lions tighthead stakes back in 2017, but were there a Lions Test tomorrow, he would surely have to start on current form.

The prop is an utterly unique character on a rugby field – built like a barrel but with the hands of a playmaker and work ethic of a back-row. 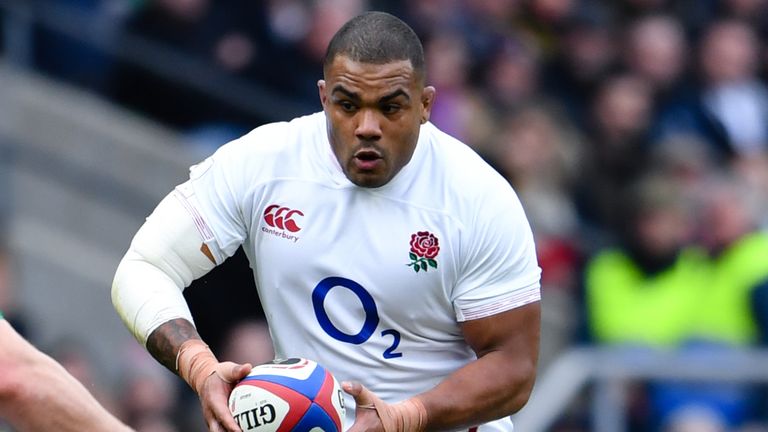 On Saturday against Wales, Sinckler packed down for a dominant England at scrum time and still managed to produce a remarkable 17 tackles – only three players on the pitch made more. He also lasted 76 minutes of the Test.

The Red Roses kept up their Grand Slam tilt on Saturday as they smashed Wales 66-7 at the Stoop. 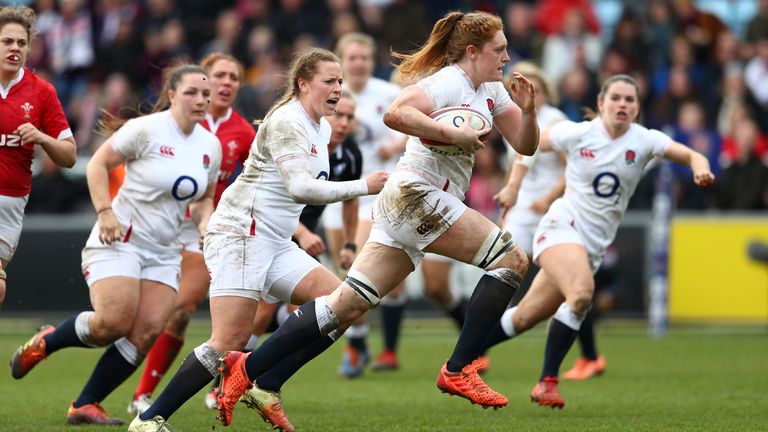 Among their 10 tries, lock forward Cleall scored a magnificent hat-trick and had to get in our team. How often can you recall a second-row notching a treble? 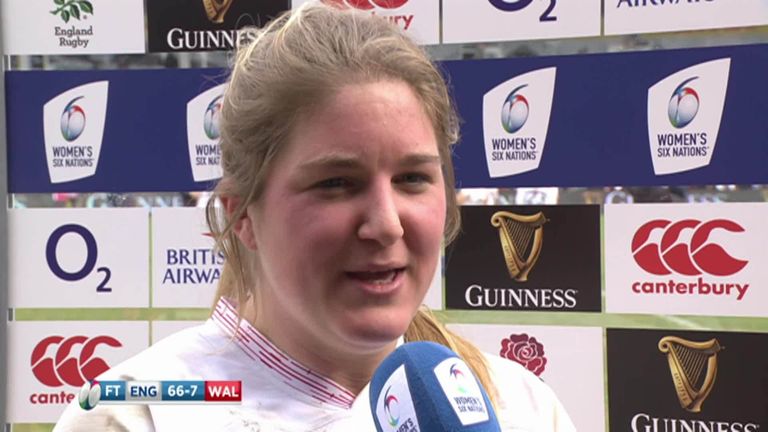 Up against a youthful and hugely energetic French pack, Scotland lock Gilchrist shone through. The 29-year-old made 18 tackles on the day, missing none – only one player from either side made more. He also had a clean sheet in terms of penalties and was the home side’s main lineout operator, claiming four balls.

The second Rose in our XV this week, flanker Fleetwood put in a superbly-rounded display in the mauling of Wales.

On for the 80 minutes, she made some 97 metres going forward, scored a try and registered a try assist, while also contributing 10 carries and 14 tackles. Fantastic.

Sitting pretty at the top, @EnglandRugby have had a phenomenal #WomensSixNations campaign [email protected] put on an absolute show against @WelshRugbyUnion at the Stoop ? pic.twitter.com/8X9vCLtjPD

The star of the show at Murrayfield – how Watson did not pick up the official man-of-the-match award is a mystery. The flanker was outstanding against France, verging on unstoppable. He rushed and harried through a phenomenal 21 tackles – the most of anyone – as well as securing four turnovers – one of those a breakdown steal as good as a try underneath his own posts.

He also failed to ‘miss’ a single tackle he attempted. A genuine openside and one of the best around at the moment.