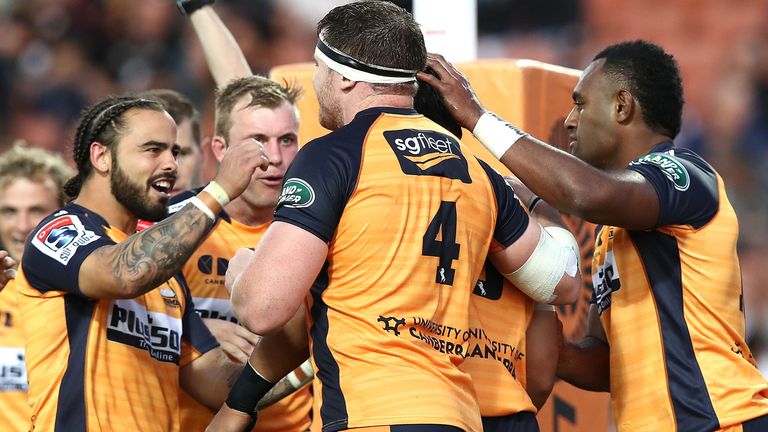 Recap all of Friday’s Super Rugby action as the best from the southern hemisphere club game face off, and the Brumbies end a six-year wait for victory in New Zealand…

The Brumbies got their Super Rugby campaign back on track with a shock 26-14 victory over the Chiefs in Hamilton on Saturday.

The men from Canberra, who suffered an agonising last-minute defeat against the Highlanders last week, were full value for their win, controlling proceedings for most of the match.

The result was a momentous one as it ends 13-match losing streak for the Brumbies on New Zealand soil dating back to when they beat the Hurricanes in March 2014.

Tries from Tom Banks, Solomone Kata and Pete Samu (2) helped the Brumbies to victory while their other points came courtesy of three conversions from Noah Lolesio, who also caught the eye with his general play.

For the Chiefs, Aaron Cruden and Anton Lienert-Brown scored tries which were both converted by Damian McKenzie.

The Sharks bounced back from disappointment last week to claim a resounding 36-24 win over the Rebels in Super Rugby at AAMI Park on Saturday.