It is part of folklore at “Penno” that in the club’s formative years, players and officials would stand at local intersections flagging down cars with Victorian registration plates to find recruits.

“A couple of the old stalwarts would hang around handing out leaflets when they stopped at the lights,” Bob Wray, the club’s secretary from 2010-20, tells the Herald and The Age. “I’m sure it’s embellished.” 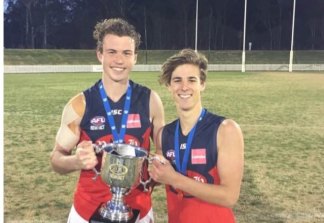 To place this into perspective, only a handful of suburban clubs outside of Victoria can boast this many at the top level. St Joseph’s in football-mad Geelong has six. No club in NSW or Queensland has more.

So how can a team based in Sydney’s Upper North Shore become such a big producer of AFL talent? The answer lies deeper than just what’s in the water at Pennant Hills.

President Phillip Hare puts it down to the coaching and club culture, the latter crucial in fostering an environment where kids playing a “foreign” code are made to feel so welcome they keep coming back.

The community spirit that drove Pennant Hills’s initial recruitment drive has been passed through generations at the club’s spiritual home at Ern Holmes Oval. 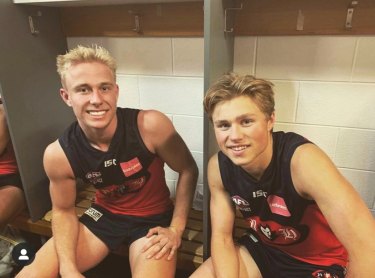 Recruiting has come a long way since placing pamphlets under windscreen wipers at red lights. This year, the Demons have 11 teams, including five senior men’s and four senior women’s, run by a core of about 30 to 40 volunteers. The club, a five-time winner of the Premier Division flag, has an annual turnover of about $500,000.

It is proud of the fact it has had the daughters of former internationals – Socceroo Paul Wade and the Wallabies’ Steve James – wearing the red and the blue.

Players are not paid, which is rare for a club that competes in Sydney’s Premier Division against former AFL footballers. In fact, they pay to play – about $475 a year in registration fees.

“We’re probably the only team that doesn’t pay anyone,” Wray says. “That’s the culture. You play for Penno because you want to play for Penno, not because someone’s paying you.”

Briggs, from Carlingford, came to Pennant Hills by accident. A player in the under-12s had withdrawn so he was asked to fill in by a friend, whose house he had been staying over the night before. He enjoyed the game’s “freewheeling” style so he stayed. He came to love the club as well.

“Everyone who has played there has always wanted to be there for the club rather than the lure of money,” Briggs says.

“That shows the nature of the club and how they’ve worked to provide such a welcoming space and community for players and families. It’s all inclusive. Families are included, they have events and the whole community is involved. Everyone is involved because they love Penno – and it radiates through.”

Every player at the club is treated as an equal, Wray says. Former coach Peter Jack (no relation to the Jack brothers) can remember Kieren Jack, Hayes and the McVeighs running the water at under 19s. 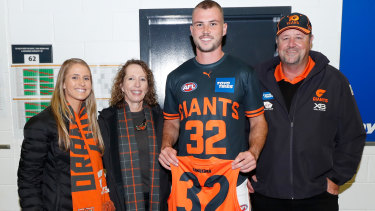 “They’d get in and pull their weight, which is the key thing,” Jack says. “There were rosters to cook the BBQ, run water at lower grades. It doesn’t matter what level you were – AFL prospect or not – the expectation is it’s a total team effort and everybody supported each other.”

Those who have made it still come back to the club. Campbell was back during the Swans’ bye to watch his former teammates play. Briggs, a member of the club’s 2017 premiership team, was extremely disappointed to miss out on a recent past players function. He had a good excuse.

“I sent out about 1000 text messages, one of the first ones back was Kieren Briggs,” Hare explains. “Sorry I can’t be there because I was playing in the AFL. To get an apology, I had a bit of a giggle.”

This sense of community undoubtedly helped the club win almost $1.5 million in government grants to build a new clubhouse and facilities, which are shared by other sports.

On Saturday night, after the final siren sounds on the last of the club’s 11 teams, players and supporters will head to the club rooms to watch Briggs play for the Giants on the big screen. There certainly won’t be anyone stopping over cars to hand out leaflets.

Tags: club, suburban, Sydney, that, THE
You may also like
Latest Posts