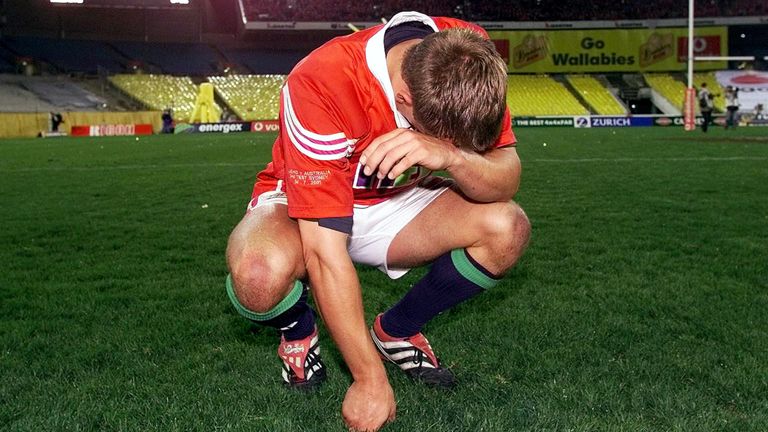 As rugby union moved into the new Millennium, the British & Irish Lions showed signs of how times were changing when they travelled to Australia for their 2001 tour.

For the first time, the team would be coached by someone from outside the four home unions in New Zealander Graham Henry following his success with the Wales national team, although ultimately the Test series would end in a 2-1 win for the Wallabies.

It was a tour which was not without its controversial moments either, and all of the highs and lows were captured in the ‘Up Close And Personal’ documentary. Here, we look at some of those memorable moments you may have forgotten… 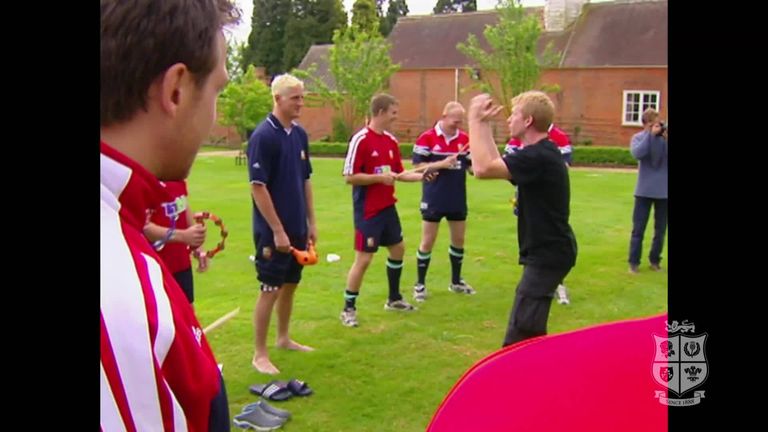 One of the challenges involved with a Lions tour is bringing together players from four different nations and moulding them into a team in a short space of time, so it is no wonder the coaches tend to put on all sorts of non-rugby team-building activities prior to heading overseas.

In 2001, one of those activities included the squad and coaching team getting to grips with samba drumming. While the players seemed to enjoy it though, head coach Henry was less than impressed with their efforts. He did have a high opinion of his own contribution though!

2. Inside the mind of Steve Black 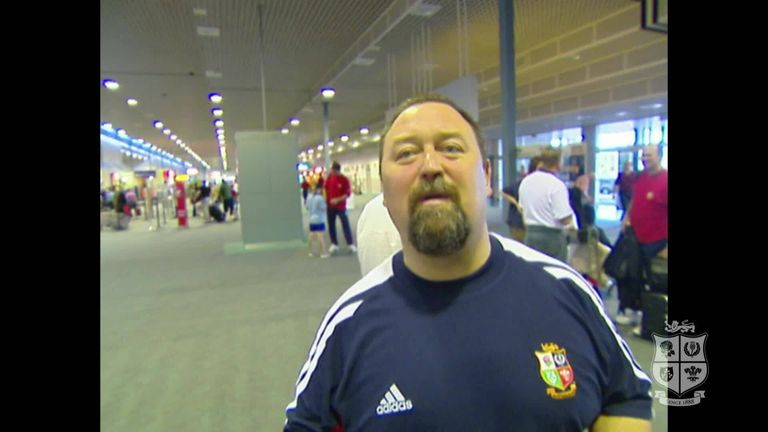 One of the more interminable parts of touring is the waiting around in airports for flights to take the team to their next destination, although in 2001 conditioning coach Steve Black took it upon himself to relieve the boredom.

The affable Geordie, who was brought on the tour by Henry after playing an important behind-the-scenes role under him with Wales, took time to share his insights into his mindset and how he kept spirits up. 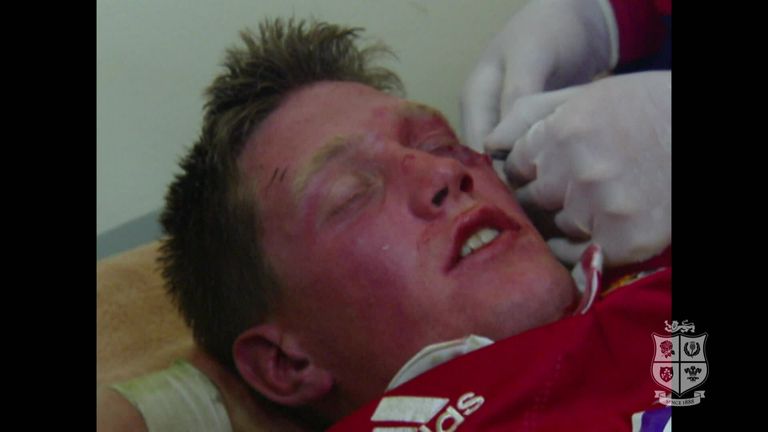 One of the more notorious incidents on the tour came in the warm-up match against the Waratahs in Sydney when the home side’s Duncan McRae was sent off for punching Ronan O’Gara 11 times while the Ireland international was on the ground.

O’Gara was forced to leave the field for treatment as a result, needing several stitches to a wound under his left his eye. McRae, meanwhile, was eventually banned for seven weeks for his actions. 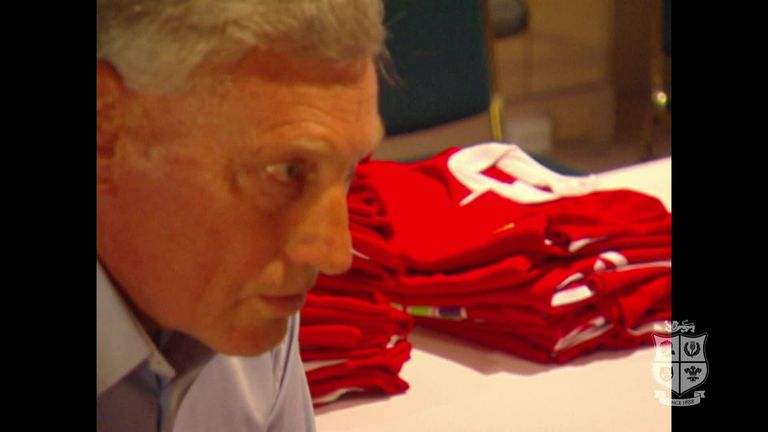 There are few more iconic players in Lions history than Willie John McBride. The Ireland second row went on tour with the Lions five times and captained them on their unbeaten tour of South Africa in 1974.

So, who better than to be invited to present the shirts and give a speech ahead of the first Test against the Australians in 2001? The squad sat in quiet awe as McBride delivered his speech, underlining perfectly just what the Lions stand for and what it means to be playing for them. 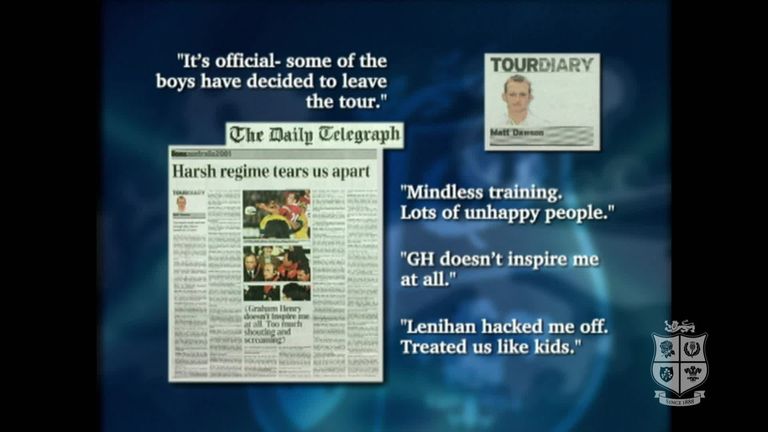 The Lions triumphed in the first Test against Australia 29-13, but in the press conference afterwards questions were already being asked regarding a tour diary penned by Matt Dawson which had been published back in the UK in that day’s edition of the Daily Telegraph.

Dawson’s column painted the tour under Henry’s stewardship in an unflattering light and the England scrum-half explained his thought process behind the column while speaking to the player cam in his hotel room. 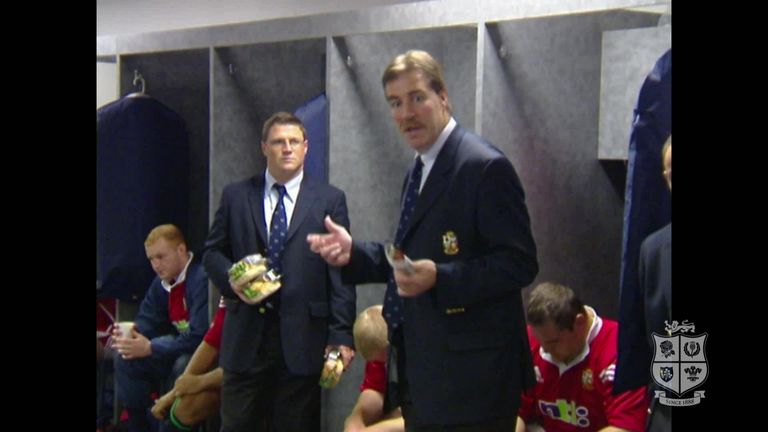 Despite beginning the Test series with a win, the tourists were unable to kick on from there and went down in the second and third games as Australia recorded their first-ever series win over a Lions team.

It was left to tour manager Donal Lenihan, a member of the team which defeated the Wallabies in 1989, to console the squad after the 29-23 defeat in the final Test in Sydney and the former Ireland international was clearly emotional as he spoke of his pride in this group of Lions.

Sky Sports is showing all the documentaries of the British & Irish Lions tours from 1997 to 2017 over the coming weeks. Up next is ‘Inside The Lions Den’ from the 2005 tour of New Zealand, which will be broadcast at 10pm on Wednesday, January 20.