Follow live updates as Wales look to pull off a huge upset as they host undefeated France in the Women’s Six Nations. The visitors are aiming to continue their Grand Slam bid and victory at Cardiff Arms Park would go halfway to setting up a potential title decider against England Women’s Rugby next weekend.

Wales coach Ioan Cunningham will be expecting a response after his side suffered a heavy defeat to England last time out. Wales came into the match on the back of consecutive wins to open their campaign but despite a resilient effort, a 58-5 defeat at Kingsholm was a crushing blow.

France come into the match with an impressive recent record against the Welsh and have won their past five Six Nations meetings. Les Bleues have beaten Italy, Ireland and Scotland so far to keep their Grand Slam hopes on track, and Wales would be doing England a significant favour if they can spring an upset under the floodlights.

England face Ireland on Sunday and if the two unbeaten sides come through this weekend unscathed, it would set up a Women’s Six Nations grand slam decider in Bayonne on the final weekend of the campaign. Follow live updates from Wales vs France in the Women’s Six Nations, below: 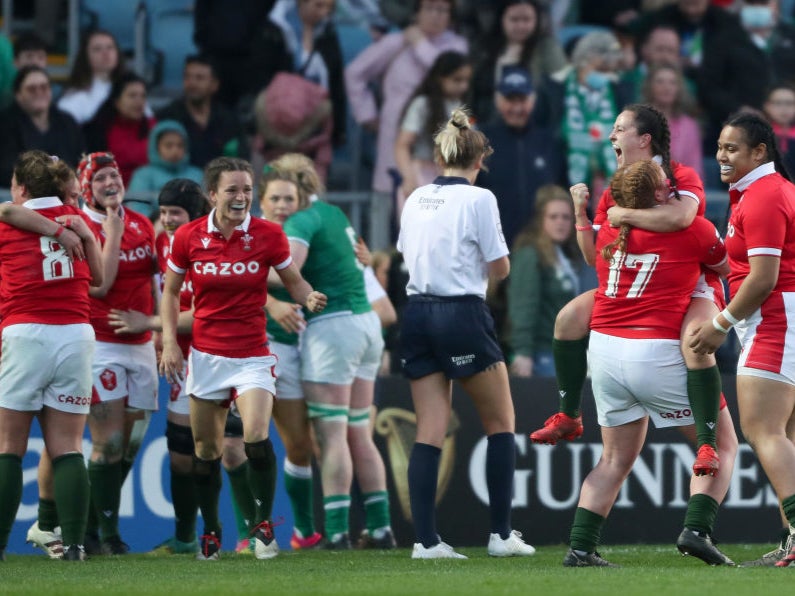 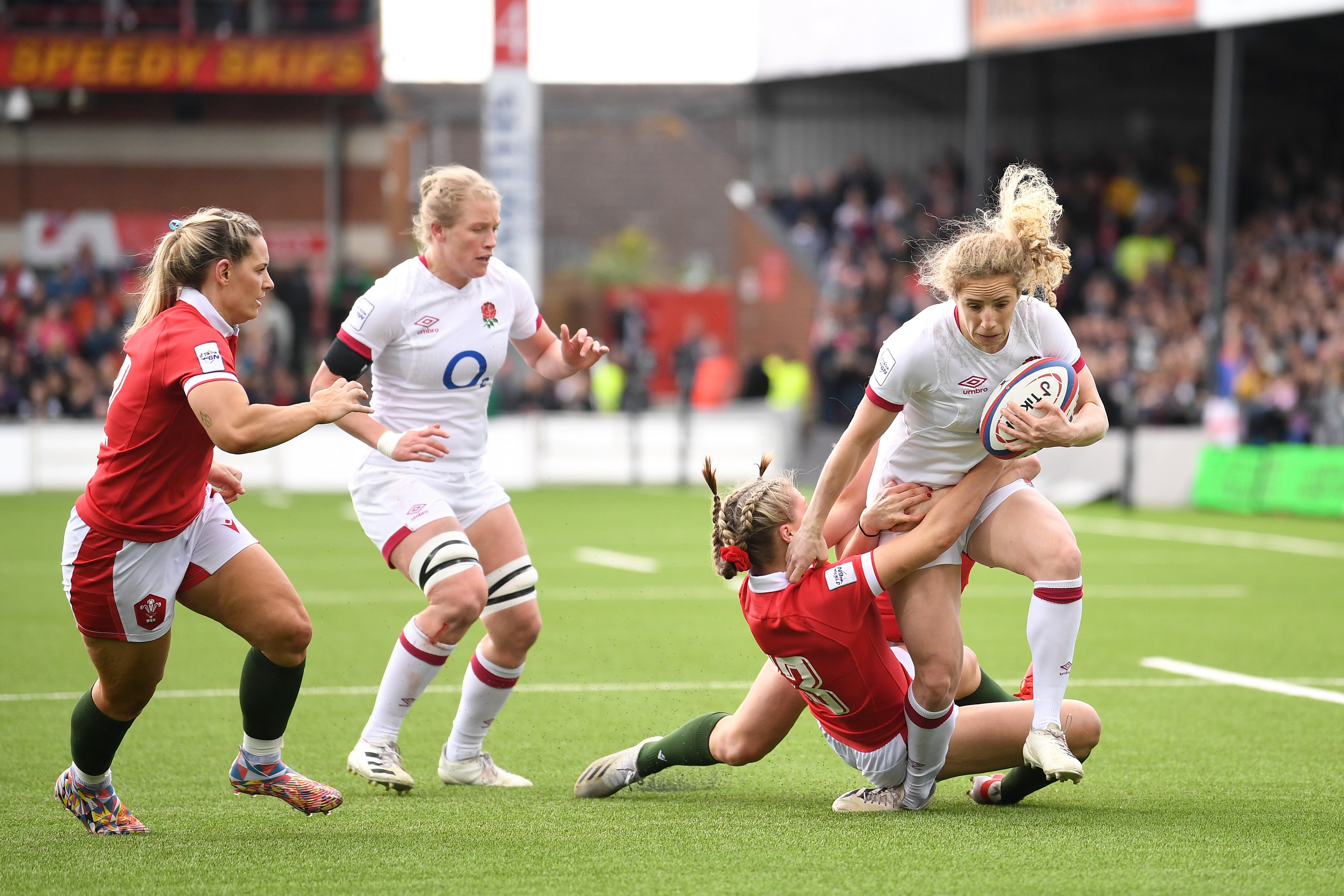 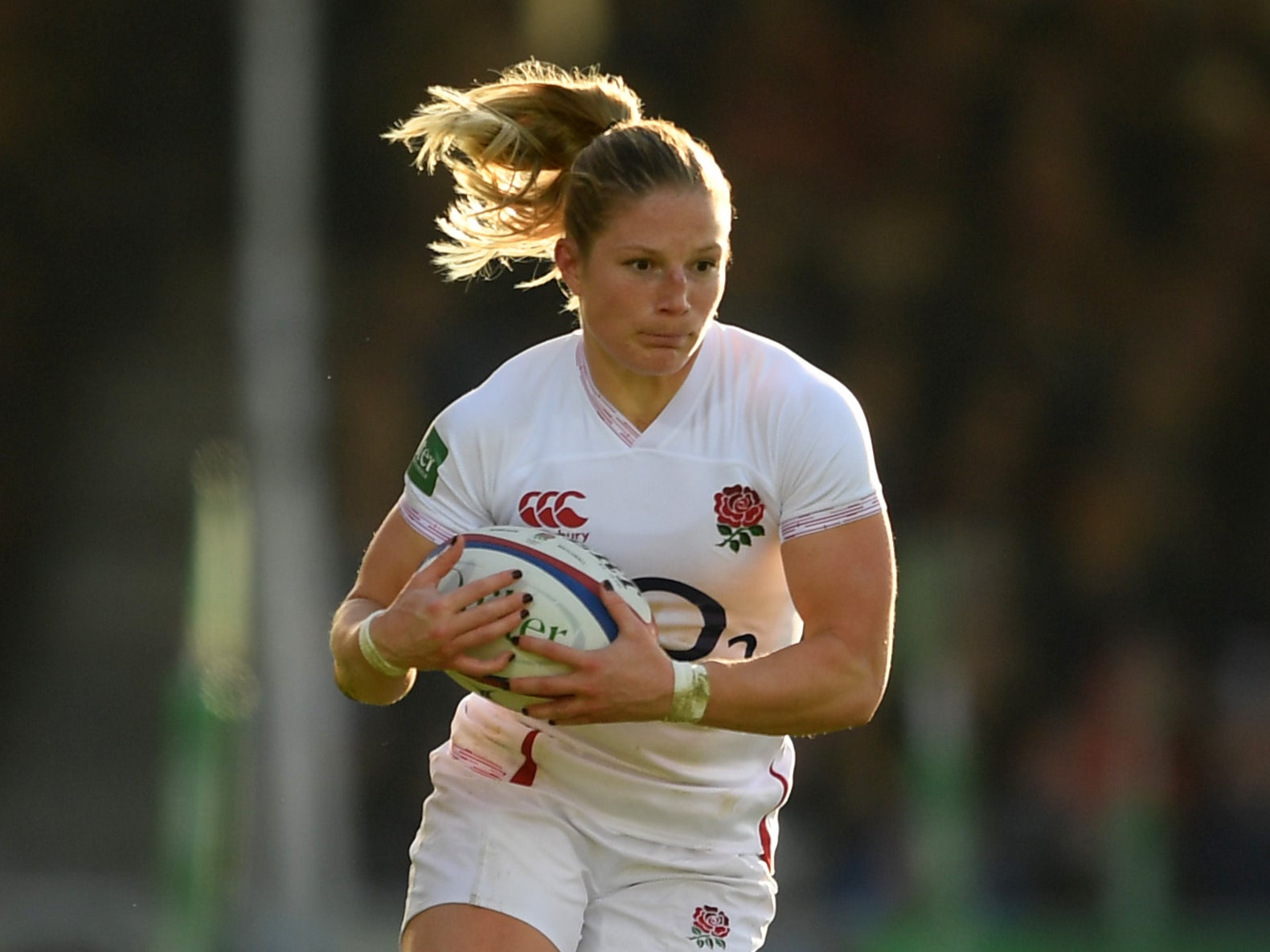 How does the scrum-half do it?!

She gets the ball from Tremouliere and manages to bundle over. Breath-taking.

Wow that was unbelieveably close! France find themselves two on one but Boujard can’t get a clear pass away to Jacquet!

Another scrum, a French put in, and they come away with it.

France inch closer and closer but Wales manage to win a penalty at the breakdown. Credit to Jones for that reprieve!

Yet another scrum, this time Wales’, and Lillicrp grabs the ball from the base and charges forward. Bevan clears the ball to the 22m. It’s not been a great start for the scrum-half in terms of clearances with France creating another driving maul.

It was a fairly even opening few exchanges but as France got their first phases going, the visitors look threatening.

Fall made a great break and kick popping through almost sees Caroline Boujard run away. Instead it ends with the first scrum of the match. After a few resets France won the penalty as Hale collapsed the set-piece.

France are now on the attack with an impressive driving maul throwing them forwards.

We are underway at Cardiff Arms Park.

Will Wales cause an upset? Or can France continue their perfect run?

The teams have been out and warming up at Cardiff Arms Park ahead of this Women’s Six Nations clash.

Remember this is not the only match this weekend. Italy vs Scotland will kick-off at 7.20pm on Saturday and England vs Ireland will start at 12pm on Sunday.

But our focus is on Wales vs France and the result of this match could have huge implications for who comes out on top.

The teams will be out shortly for the anthems ahead of kick-off.

Snowsill has spoken on the benefits of being a full-time athlete, telling the Six Nations website: “I think going into the weekend not stressed is a huge thing, looking back now, even though I did it for the past 11 years, I don’t know how I did it because it’s just insane.

“There are still players doing it in the TikTok Women’s Six Nations now, working full-time, being pulled left right and centre and then going out and putting in a performance.

“It’s very, very difficult to do, whereas now we have the best chance to put out a performance and we’ve seen that from the first two results.”

The two teams going head to head are world class but there are some individual talents in the respective sides who supporters should watch out for.

For hosts Wales it’s Alisha Butchers and Siwan Lillicrap. While they may not make headlines all the time, they are cinstantly doing the background work at the scrum and in rucks. They put their team on the front foot and Lillicrap’s leadership spearheads the team to victory.

France, meanwhile, have Caroline Boujard and Madoussou Fall. Boujard will bring fire to their attack which France have lacked during the winger’s absence. And in Fall France have one of the best defenders in the championship. She works tirelessly to hold the gainline and tonight’s match will be no different.

The stars will soon be in action with kick-off coming in half an hour.

So are France in the perfect position to take the Grand Slam? You would like to think so after recording three bonus point wins but England have done the same.

France will have to continue their perfect streak with another BP win and if they don’t they could gift the title to the Red Roses. Even winning the match without a bonus point could see them lost the title even if they beat England.

It’s a difficult position for France to be in but they have been boosted by the return of Caroline Boujard. The winger scored a hat-trick in the first half against Wales last year and France will be hoping she brings the flair they have been slightly lacking in the 2022 tournament so far.

If they do manage to bag the bonus point they will know they are in the perfect stance to win the title. What would they have to do after that? Beat England.

Wales were convincingly beaten by England two weeks ago but the team’s head coach Ioan Cunningham says they are learning from the experience.

During the match Wales had a dominant set piece and started the match well. It was just as the match player out that Wales dropped off slightly and the Red Roses exploited them.

Cunnginham said: “We took a lot of learnings from the England Test. We’ve had a good two weeks’ build-up to this game and we’re excited to kick on. One of the learnings was how we dealt with the occasion at Kingsholm and we are looking forward to returning home to Cardiff Arms Park.

“A big home crowd on Friday night will give the players a real boost, hopefully we can start well and put in a good performance.

“France are one of the top three teams in the world, they have powerful runners and attacking options all over the pitch that will certainly test us. We need to be ready to take all our own attacking opportunities and our selection behind the scrum reflects that. We have looked at combinations that will hopefully give us some additional attacking options and help get the ball to our outside backs.”

Both teams have revealed their starting XVs for this clash.

Wales have made five changes to their starting line-up from that defeat to England.

There’s a new half-back pair in Elinor Snowsill and Keira Bevan, while in the forwards Cerys Hale comes into the front row, Natalia John starts at lock and Bethan Lewis is at flanker. There’s alos two positional changes as Robyn Wilkins starts at centre and captain Siwan Lillicrap is at No 8.

For France there are six changes to their starting XV. Star winger Caroline Boujard returns from injury and there’s a new centre pairing of Maelle Filopon and Gabrielle Vernier. Agathe Sochat and Clara Joyeux start in the front row while Romane Menager comes in at No 8. Positonally Marine Menager moves to centre and Chloe Jacquet starts at full-back.