Even though Anthony Watmough and Kieran Foran did not produce their best football during short stints at Parramatta, fans should thank them for another key contribution.

The pair were crucial in convincing Clint Gutherson to leave the northern beaches for the western suburbs all those years ago.

Gutherson this week revealed how it was his old Manly teammates who went out of their way to sell him on the blue and gold dream.

The Eels skipper loves coach Brad Arthur, who was an assistant at the Sea Eagles when Gutherson made his debut in the final round of 2013. But Watmough and Foran hounded Gutherson until he signed a deal that has now become one of the best in the club’s history.

“I know the players at Manly were furious he was let go because they knew he was the one who got away,” Watmough told The Sun-Herald.

“He’s just an infectious character; he bounces around and you’d never know if he had an issue on his plate … good leaders never let on if something is bugging them. 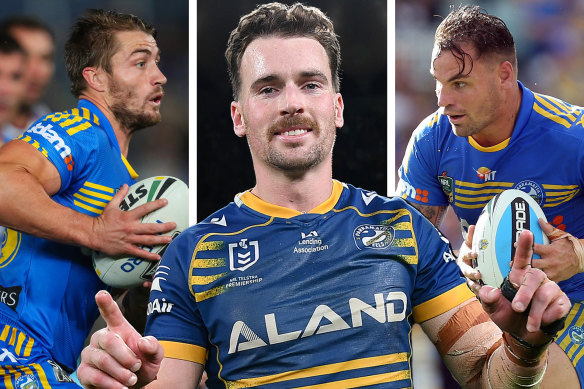 “To cope with the pressure that comes with the Parramatta jersey, and to get them to where they are today, after all the negative feedback, after kick after kick, it’s a credit to him.”

Foran, who flew to England with the New Zealand side on Friday, told The Sun-Herald: “I thought the world of Gutho. He was extremely gifted and worked incredibly hard.

“I know there was hesitation from Manly about re-signing him because he had been injured. I remember ‘BA’ [Arthur] bringing it up with me, and I said to Brad, ‘He’s definitely worth going after, for sure’.

“Gutho had to make his own decision and what he thought was best for his career at the time. I’m pretty sure he hasn’t looked back on it since. And I’m sure BA is also extremely grateful he made a play for him.” 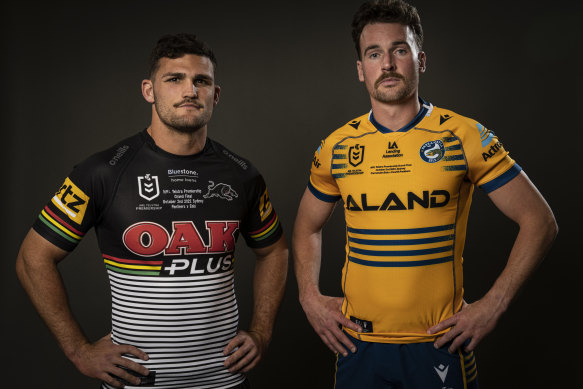 Gutherson had played just five games for Manly in three injury-interrupted seasons before he signed with the Eels in time for the 2016 season. Foran was also heading across that summer, while Watmough had already spent a year out west.

Brett Stewart was the Manly fullback, and Tom Trbojevic was rocketing through the ranks, meaning Gutherson’s No.1 aspirations were already shaky had he remained on home turf.

“I had a meeting with Brad after Manly wanted to let me go, but ‘Foz’ [Foran] and ‘Choc’ [Watmough] were here at the time – Foz had just signed here – and they were pushing for me to come,” Gutherson said.

“I remember some of the pre-season days and Foz telling me, ‘You’ll be the fullback here one day’. I was very fortunate at Manly to blend well with the older crew, including ‘Snake’ [Brett Stewart], ‘Gift’ [Glenn Stewart], Choc, Foz, a lot of people I still talk to today. 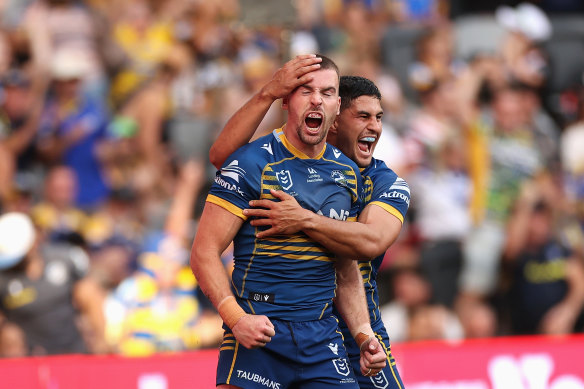 “I spoke with Snake on Sunday, and Gifty texted me after last Friday’s game. Snake said to make this week as normal as you can. Those friendships, even though you don’t talk too often, they still think of you as a player.

“Fortunately for me, I landed over here and the rest has been history.”

Gutherson may not be the most talented fullback, but few can match his engine and competitiveness, which is what Arthur admires about him.

“Brad has been the best thing to happen to my football career,” Gutherson said. “He’s taught me a lot as a player and person.”

Gutherson prides himself on his competitiveness. “I hate losing more than I like winning,” he said. “That applies to everything, be it ping pong, bench pressing … you just want to beat the person before you.

“I’m out there every week trying my best. I’ll try and drag a few of the boys with me and help them find that extra gear.”

Eels playmaker Dylan Brown says of Gutherson: “Parramatta have done a lot for him; he’s shown that respect back. If you’re in blue and gold, he loves you; if you’re not, he probably hates you, but that’s what I love about him. He does everything he can during the week for us.”

If Gutherson and co-captain Junior Paulo are fortunate to hoist the Provan-Summons Trophy on Sunday night, it will be impossible to ignore the former’s newly grown moustache. He grew one for the round-23 clash against the Bulldogs, and a text message from former Eel Josh Hoffman telling him to keep it inspired the King.

It has grown on him. A bit like Gutherson grew on Watmough and Foran, then Parramatta.

Watch the NRL grand final exclusive, live and free on Channel 9 and 9Now.