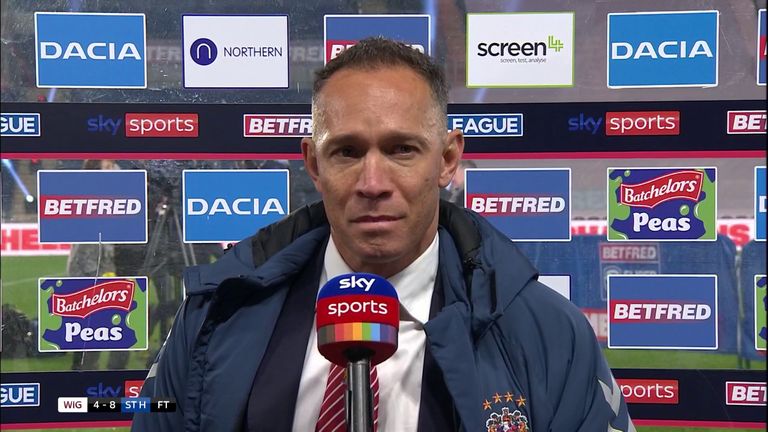 An emotional Adrian Lam said he’s heartbroken for his Wigan side and the supporters after losing the final in the last second in the Super League Grand Final, while there was no fairytale ending for Wigan great Sean O’Loughlin who played his final game for the Warriors

Teenager Jack Welsby scored a brilliant try after the full-time hooter to give St Helens an 8-4 victory in a thrilling end to the Super League Grand Final on Friday as they won their second successive title.

Lachlan Coote had scored with two kicks either side of a Jake Bibby try for Wigan, but with the clock running down, the two sides were still locked at 4-4 after battling their way through an enthralling encounter.

Tommy Makinson launched a last-ditch drop goal to try to break the deadlock for St Helens. His kick hit a post but Welsby reacted first, speeding in to touch the ball down and steal the victory for St Helens as the Wigan players looked on stunned, while their coach Adrian Lam said he thought his side deserved to win. 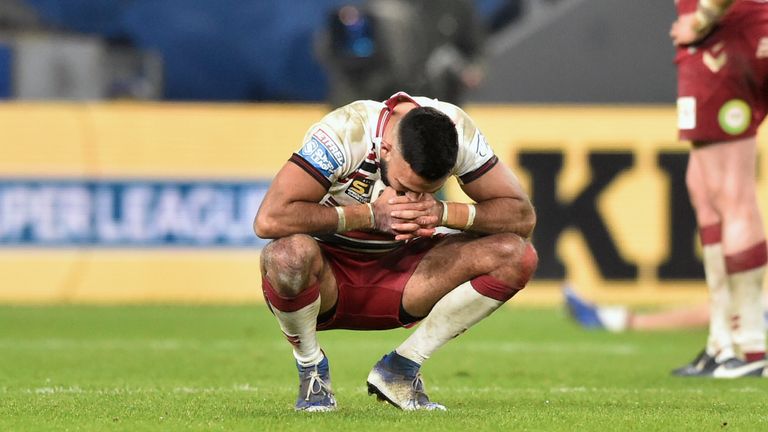 “It’s surreal,” he told Sky Sports. “It’s really heartbreaking for the players. We did everything possible at the end to get the win because I thought we deserved that.

“I thought our boys were unbelievably great. We kept turning up for each other. You don’t want it to end like that. I thought we deserved to win.

“We had opportunities and we didn’t quite convert them and I think that’s what got us in the end.”

Saints’ victory enabled prop James Graham to end his career on a high note but Wigan captain Sean O’Loughlin was left disappointed as he entered retirement.

“It’s disappointing seeing how upset the boys are,” O’Loughlin told Sky Sports. “I know how much they wanted it because it was my last game and I feel for them as much as I feel for myself. 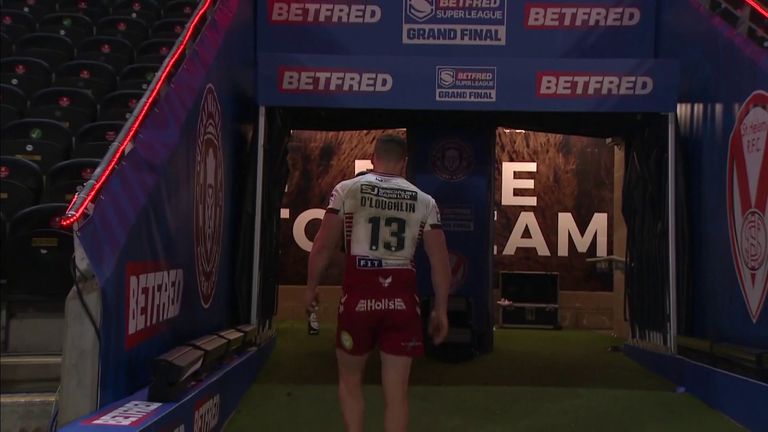 “We’ll dust ourselves off and the boys will go again next year.”

O’Loughlin added: “We both had opportunities to win it at some point but we didn’t quite get it.

“It was an unbelievable game to be part of, a shame we came out the wrong side it but it had to be one of us.

“That’s sport, that’s the game. It’s going to be a pretty low changing room, the boys are gutted but we left nothing out there. We can’t have too many regrets.”