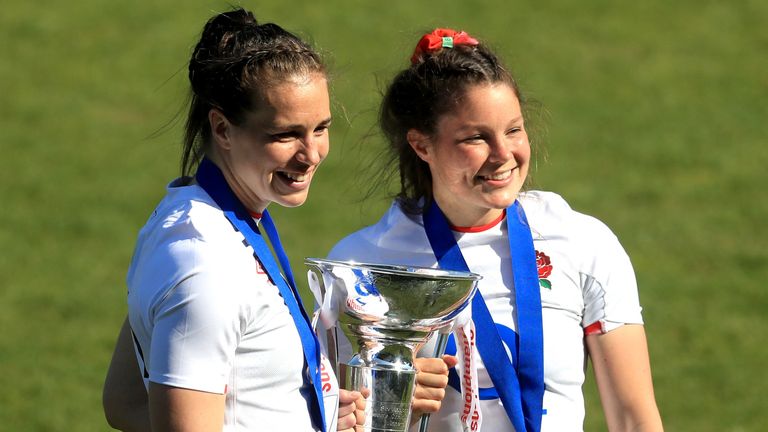 Simon Middleton was delighted with the character of the Red Roses after they clinched their third consecutive Women’s Six Nations title by beating France Women 10-6.

The visitors were right in the encounter at the Stoop, pulling to within a point with seven minutes remaining, but as they have done so often in the recent meetings between the two, England were able to manage the final minutes the better, with Emily Scarratt’s late penalty sealing victory.

And for coach Simon Middleton, while England were not at their best, this encounter showed the character required against the second-best team in Europe and a side who England will face in their pool at next year’s World Cup.

He said: “You look at it. You talk about teams who have the hoodoo over others. We’ve got a great record recently against France. This must be the fourth or fifth time in the last two years that it’s gone down to one score.

“There’s not much between the sides, we look at areas of our game that we have to be way, way better at. If we’d been off in our defence today, one more facet, we’d have probably got beat. 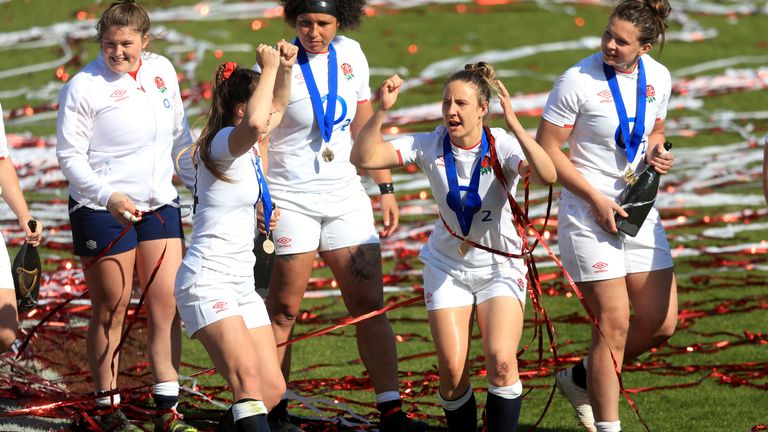 “Great that we got another win, if we’d been another two or three per cent off, we’d have got beat. That’s the stuff that you work towards.”

Middleton had made some bold selection decisions, notably starting Poppy Cleall over usual captain Sarah Hunter, who is still on her comeback from injury.

Hunter came on in the second half and made a difference as England tried to hold off a French comeback, and Middleton was delighted with the impact of his bench.

He said: “I thought it came down to the wire. I thought bringing our finishers on would be required to bring it home and that’s what happened. We got a bit more energy on the field at the end than them, which was great.

“I know the side has got character but there are different facets to the character. But what we’ll take from this is that we’re a tough side. We’re a really tough side to beat. It’s alright when you’re playing loads of great running rugby and you’re not put under pressure.

“But we’ve been under pressure for long, long periods in that game. That was nerve-wracking for the players and the staff. We stayed in the fight, we defended really well, we attacked the breaking down and we went toe-to-toe with a very physical French side. From a character point of view, it’s great to see. You have to have that.”

Considering that the teams had managed 33 tries between them in two pool games apiece, this was more of a defensive battle than might have been expected.

But for Middleton, it was no less gripping as a result, as England made it three successive Women’s Six Nations titles.

He added: “It wasn’t the feast of running rugby and points that everybody probably anticipated. Rugby is a tough and brutal game. When you get two teams who are very physical and very good go toe-to-toe, you get something like you saw out there.

“It was a beautiful game in many ways because it was so tough. It showed what rugby is about at times. I think both teams would have liked to play with more ball in hand but there’s two sides to a game, attack and defence. When you play with sides that can both defend well, you may well get the type of game you got here.”